Trump catches up with Biden. Is it time for the US to prepare for the "Maidan"? 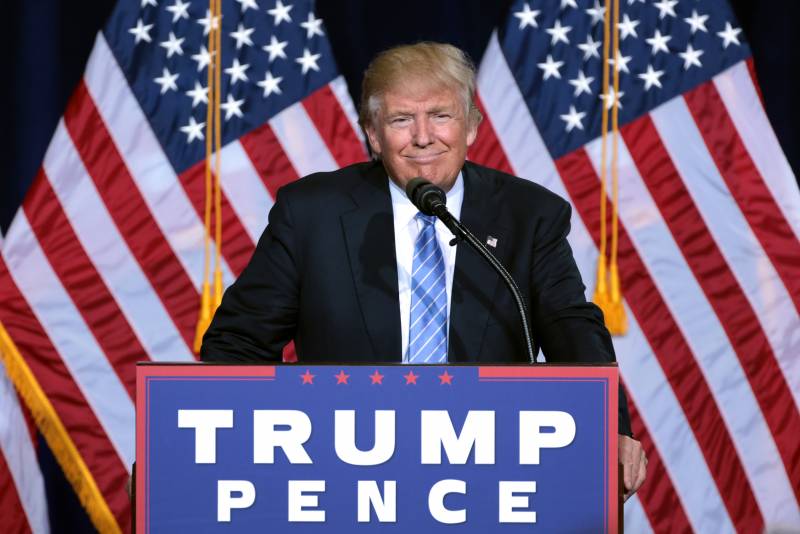 The last days have brought unexpected news regarding the election campaign in the United States. The current owner of the White House, whom some hastened to write off from the account, a priori having declared a loser in the upcoming electoral battle, began to close the gap with his opponent. So the result of the vote is becoming more and more unpredictable. However, there is even more intrigue in the answer to the question: will the American society accept this result?


Recently, such an authoritative publication as USA Today published the data of a sociological survey, according to which, over the past three months, the gap between Donald Trump and Joe Biden, estimated at 12 percentage points, has decreased to 7 percentage points. carried out by SSRS at the request of CNN. If you believe them, today 50% of US citizens surveyed are ready to vote for Biden, while 46% of respondents are for Trump. That is, the gap here is only 4 pp!

It is worth remembering that during the previous elections, during which Hillary Clinton was a rival of Donald Trump, sociologists “painted” him a 7 percentage point loss, and he won. In the current situation, the position of the head of the White House is even, perhaps, better, if we consider the alignment of the states, among which even Michigan, which had hesitated earlier, began to lean on his side. Let's not forget: in the United States, the head of state is not elected by citizens by direct vote, but by the so-called electoral colleges. This brought Trump victory in 2016, and it seems to be playing into the hands now.

Local political experts, trying to find out the reasons for such a sharp change in electoral sympathies, are inclined to conclude that the feverish country for several months now, mass protests that have unfolded initially under anti-racist slogans and are so hotly supported, can most likely become a ticket to a second term opponents of Donald Trump - the US Democratic Party. The movement, which began as a vibrant street show, has gone too far in the opinion of many Americans, resulting in massive outbreaks of violence, pogroms, looting and acts of vandalism. People want order and peace, and they associate these concepts with the conservative Trump, and not with the liberal Biden.

The problem is that the extremely aggravated pre-election struggle, accompanied by the most acute mutual attacks of competitors, split the country. The data from the sociological polls mentioned above bear extremely disturbing tendencies: according to the authors of USA Today, about 20% of Trump's supporters and 28% of Biden's supporters are absolutely not ready to recognize the victory of an "alien" candidate as legitimate and honest. It must be said that the level of confidence in the results of the upcoming elections, perhaps, has never been so low in the United States as it is now.

What would be the result of this skepticism? This largely depends on whether the presidential contenders themselves agree with the announced voting results. And something suggests that both candidates are capable of presenting a hefty surprise here: their rhetoric has been too belligerent lately. Do not forget about the "street factor": the same fans of Biden and the Democrats, who took part in the protests, may well declare their rejection of the election result. And then the ex-vice-president will have a great temptation to ride this new protest wave, to lead and ride on its crest into the White House.

However, Trump's electorate, the very average white Americans, who already have the ugliness on the streets of their cities in their livers, have recently shown a hefty ability and desire to consolidate. They, too, are able to say their weighty word in the event that they are firmly convinced that the victory was stolen from them. The most dangerous thing for the United States in all this is the explosive stratum of both professional activists and fighters against them, formed in society during the racial protests. For both, any mess in the country will only play into the hands.

Many political experts believe that the upcoming debate between Donald Trump and Joe Biden may put the final point in the election campaign. Perhaps, if only they will help those percentage points, which, according to sociologists, still fluctuate, to determine their electoral sympathies.

But one cannot discount the other option, in which both candidates, finding themselves face to face, will further escalate the tension of confrontation and urge their supporters to go to the barricades in case of their own defeat. Then the United States will not escape the "Maidan".