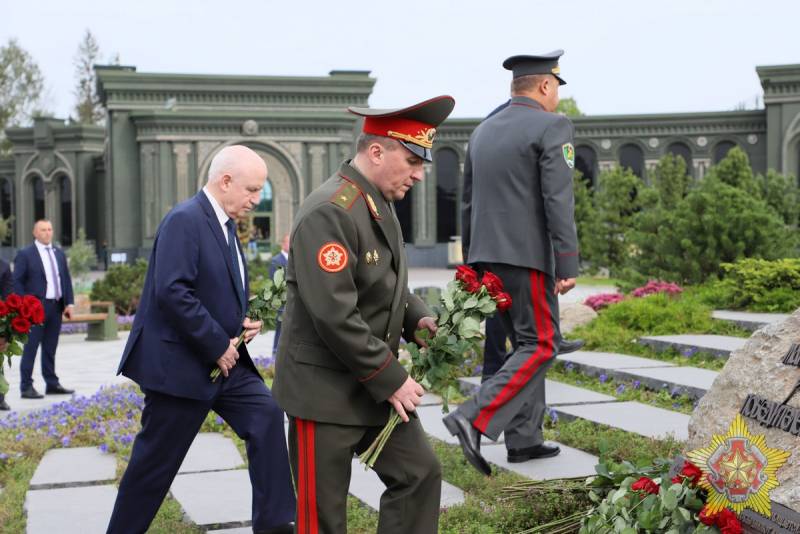 In the failed attempt to change the power in Belarus, destructive forces inside the country, fueled from outside by the authorities of Poland, Lithuania, Ukraine and the Czech Republic, are to blame. But, despite all their efforts, Belarus was saved from chaos and lawlessness.


This opinion was expressed by the Minister of Defense of the Republic of Belarus Viktor Khrenin during his speech at a meeting of the heads of defense departments of the CIS countries, the Shanghai Cooperation Organization (SCO) and the Collective Security Treaty Organization (CSTO). This was reported by the press service of the Belarusian Defense Ministry.

Khrenin believes that the coup was averted largely thanks to the actions of the country's President Alexander Lukashenko.

Now, according to the head of the defense department, after an unsuccessful attempt to organize a "color revolution" in Belarus, Western countries have switched to methods of a hybrid war against Minsk, using diplomatic, political and economic measures of influence.

In his speech, Viktor Khrenin also thanked the authorities of the Russian Federation, the People's Republic of China and other countries that supported Minsk at a difficult moment.

The meeting of the defense ministers of the CIS, SCO and CSTO countries was held today in Moscow. The delegation of the Republic of Belarus was headed at the meeting by the head of the country's defense department, Major General Viktor Khrenin.

Ctrl Enter
Noticed oshЫbku Highlight text and press. Ctrl + Enter
We are
Alexander Lukashenko wants to give dynamism to the “Union of Seven”The old RRF is not needed in the hut
Military Reviewin Yandex News
Military Reviewin Google News
102 comments
Information
Dear reader, to leave comments on the publication, you must sign in.