Forge of personnel for external management: where the ministers of defense of the countries of Eastern Europe studied 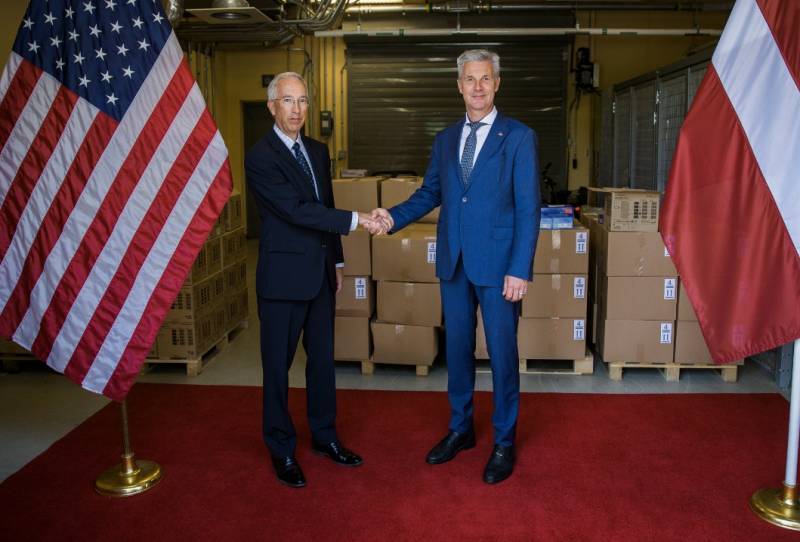 A huge influence on the military and political elite has always been exerted by the country in which this elite once received education. After all, sooner or later students and cadets become ministers and generals. It is no coincidence that the USSR at one time welcomed national personnel from the developing countries of Asia and Africa with open arms.


In its turn. The United States also trained its agents of influence, accepting civilian and military youth from various countries to study. For example, the famous "School of the Americas" was a source of personnel for the armies, police and intelligence services of almost all Latin American countries.

When the socialist camp collapsed and the Soviet Union collapsed, one of the most important tasks for the United States was to form a new elite in the post-socialist countries that would be ready to serve Washington's interests. The American leadership did not trust the old cadres who received education, including in the USSR.

From the Baltics to Poland

In the Baltic countries, as well as in the United States itself, the military departments have long been headed by civilians. Their biographies are different, but almost all of them have a common point: they studied, trained, worked or were somehow connected with the United States or other Western countries.

Latvian Defense Minister Artis Pabriks is 54 years old. In his youth, he found the Soviet Union and even managed to serve in the Soviet Army, then graduated from the Faculty of History and Philosophy of the Latvian State University and left for the West in 1992: first he trained for five years in Denmark at the University of Aarhus, married a German woman Undine Bollow and went to the USA - also for an internship. Artis Pabriks returned to his native Latvia only in 1996.

Lithuanian Defense Minister Raimundas Karoblis is almost the same age as his Latvian counterpart: he was born in 1968, graduated from an ordinary Soviet school and the law faculty of Vilnius State University, after which he worked for a long time in the diplomatic department. In the West, however, Karoblis did not train, but his predecessor as minister in 2012-2016 and 2006-2008. trained at the University of Glasgow in the UK back in 1989.

The Estonian Defense Ministry is headed by Jüri Luik. He is also 54 years old, like his Latvian colleague, and by profession he is a journalist, a graduate of the still Soviet Tartu State University. Luik entered the civil service in 1991, at the age of 25, and at the age of 27 he became the Minister of Foreign Affairs of Estonia. In 2003-2007. Luik was the Estonian Ambassador to the United States, then in 2007-2012 - the Estonian representative to NATO. One of the predecessors of Luika Hannes Hanso, who headed the military department from 2015-2016, holds a BA in Political Science from the University of London.

Polish Minister of National Defense Mariusz Blaszczak was born in 1969 and graduated historical Faculty of Warsaw University, and an internship took place in Ireland. His predecessor Anthony Macerevich is much older than his colleagues - he is 72 years old. A graduate of Warsaw University, he studied the history of Latin American countries, and after the anti-Soviet turn, he became the country's interior minister. 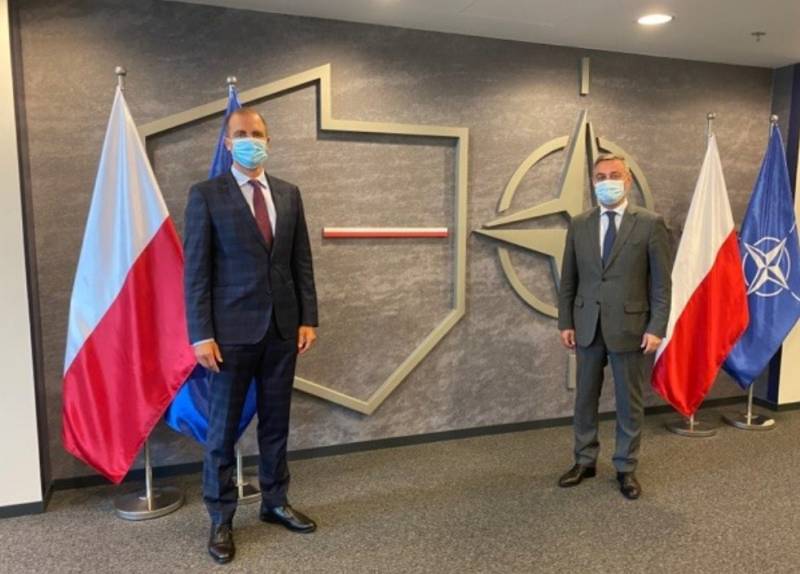 And what about Georgia and Ukraine?

Ukraine is still the opposite of the Baltic countries: the defense ministers here are still predominantly from the military environment, and therefore with a Soviet military education. But studies and internships in the United States took place. The current head of the Ukrainian military department, 65-year-old Andriy Taran, graduated from the Kiev Higher Artillery Engineering of the Order of Lenin, the Red Banner School. CM. Kirov, then served in the Soviet Army. However, already in 1995-1996. we see such a line in his biography: studies in Washington at the US National Defense University and his graduation with a master's degree.

His predecessor, Andrei Zagorodnyuk, who was Minister of Defense in 2019-2020, is a civilian, but studied at Oxford. But Stepan Poltorak, now a retired army general, and in 2014-2019. - Minister of Defense, graduated from the Ordzhonikidze Higher Military Command School of the Ministry of Internal Affairs of the USSR named after S. M. Kirov and served in the Soviet and then Ukrainian internal troops.

The list of Georgian defense ministers trained in the West is impressive. Tina Hedasheli, 47, the current Minister of Defense, graduated from the Central European University, an English-language educational institution in Vienna, Austria, supported by George Soros.

Her predecessor, Mindia Janelidze, graduated from the Georgian State Security Academy in 2000, but trained in Washington under the US-Georgia security program. Dmitry Shashkin, the famous Russian Minister of Defense of Georgia, after graduating from the Faculty of Law at Tbilisi University, worked as a coordinator at the International Republican Institute of the United States, then headed by John McCain.

It is worth noting that among the young generation of civil servants in the Baltic countries, and in Poland, and in Georgia, and, of course, in Ukraine, there are even more people who underwent training or internship in the United States and Great Britain than among the current high-ranking officials. The Americans and the British are training people that are reliable for themselves, capable of implementing all the directives of external administration.

Ctrl Enter
Noticed oshЫbku Highlight text and press. Ctrl + Enter
We are
Situational analysis of the death of the MH17 flight (Malaysian Boeing 777), made on the basis of engineering analysis from 15.08.2014Strangulation: the context, conduct and consequences of the American naval blockade of China
Military Reviewin Yandex News
Military Reviewin Google News
31 comment
Information
Dear reader, to leave comments on the publication, you must to register.