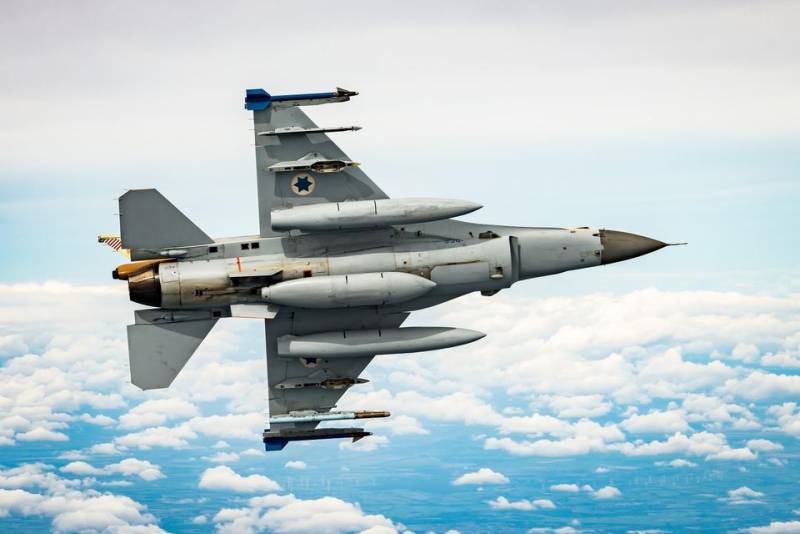 Photos of the Syrian territory taken from space have been released. They show the aftermath of air strikes on targets at Damascus International Airport and the T4 airfield at the At-Tiyas airbase of the Syrian Air Force.


The author of the images is the operator of the Israeli observation satellite Eros-B, ImageSat International.

According to the company, the air strikes were "allegedly" carried out by the IDF Air Force on targets where pro-Iranian armed formations are present. These targets have been bombed before. 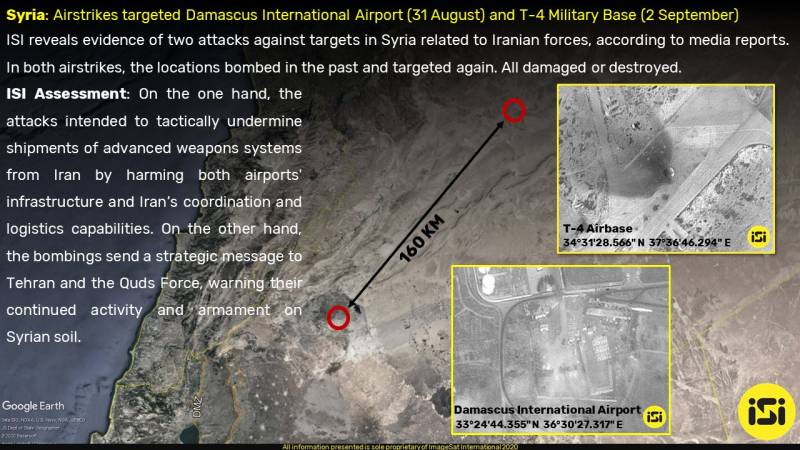 The Israeli media believe that in this way a signal was sent to Tehran and the Quds forces that their presence in Syria is undesirable. In addition, Israel is trying to prevent the deployment of modern Iranian weapons. Perhaps this is due to the recent agreement between Tehran and Damascus on the supply of air defense systems Bavar-373 and Khordad-3.

Earlier it was reported about the Russian military presence at the T4 airbase in Syria. The Ministry of Defense does not comment on these statements.

Ctrl Enter
Noticed oshЫbku Highlight text and press. Ctrl + Enter
We are
Reports from the militia of New Russia for 27-28 September 2014 of the yearDecember 2010 years. Russian March. Senseless and merciless? Notes not a Russian person
Military Reviewin Yandex News
Military Reviewin Google News
113 comments
Information
Dear reader, to leave comments on the publication, you must sign in.