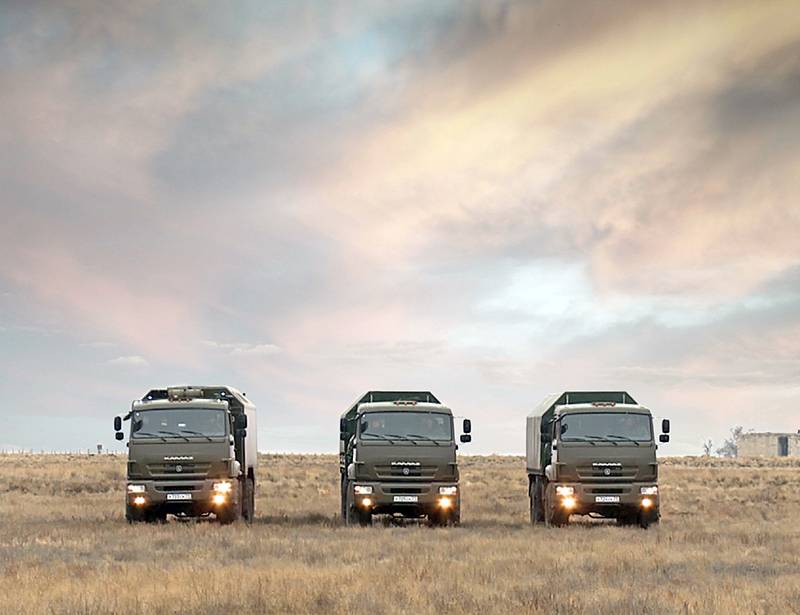 Means of land "Hermes" in the stowed position

One of the main novelties of the last forum "Army-2020" was the promising multipurpose complex of guided weapons "Hermes" in the ground version. Shortly before the exhibition, its developers published new details, and at the event itself they showed a number of components of the complex in different versions.

The Hermes project is at the same time one of the most interesting and most complex developments in our defense industry. Work on a promising interspecific missile system began in the Tula Instrument Design Bureau back in the nineties, but the full implementation of such weapons in the army has not yet begun.

"Hermes" is a universal complex for use on different carriers in different types of troops. A modification is proposed for the army aviationmounted on combat helicopters. A mobile land-based version has also been developed and work continues on a ship-based one. The creation of a stationary modification for coastal defense was previously mentioned, but it seems to have been abandoned.

Rocket and its TPK
Aviation missile system "Hermes-A" was tested in 2003, and then preparations for serial production were carried out. The land-based Hermes was presented only this year, and the ship-based Hermes-K has not yet been shown to the general public. However, recent reports indicate the acceleration of work, and therefore new messages and materials on the project may appear in the very near future.

All Hermes modifications use a common set of fire control equipment and a unified missile with broad capabilities. To solve different problems, several modifications of the rocket can be used, which differ from each other in a set of units and characteristics.

Rocket "Hermes" is a two-stage product of the bicaliber scheme. Externally and in architecture, the product resembles the ammunition of the Pantsir missile-gun complex. The rocket includes a launch and cruise stage. The first is a solid-propellant engine, and the second contains guidance and warhead. 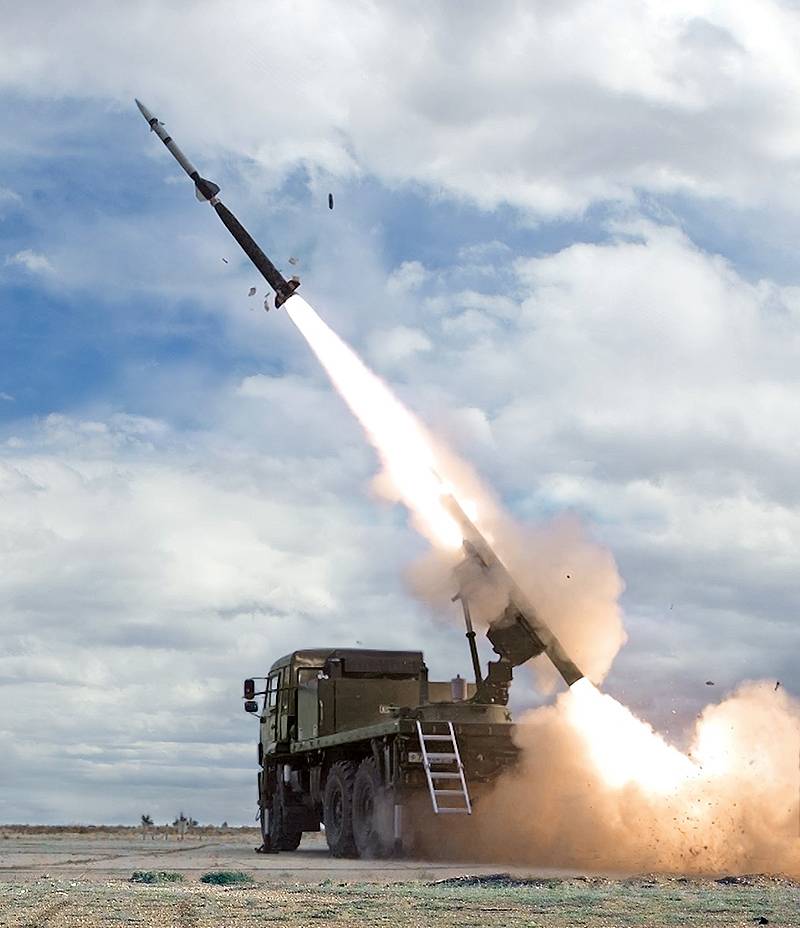 The total length of the rocket is approx. 3,5 m. The aircraft modification is equipped with a launch stage with a diameter of 170 mm and a mass of 110 kg. Such a starting engine allows you to hit targets at ranges up to 20 km. For the land-based complex, a rocket with a more powerful starting engine is offered, located in a case with a diameter of 210 mm. With its help, the rocket flies 100 km.

The marching stage is equipped with a combined guidance system, the composition of which also depends on the missile modification. In the Hermes-A complex, an inertial or radio command system is used to launch the missile into the target area; then the seeker begins to work. The ground complex uses an inertial and radio navigation system, after which it also turns on the GOS.

According to open data, three types of GOS have been developed for Hermes. These are radar, infrared and semi-active laser systems. The presence of several GOS should increase the flexibility of using the complex when solving certain problems. 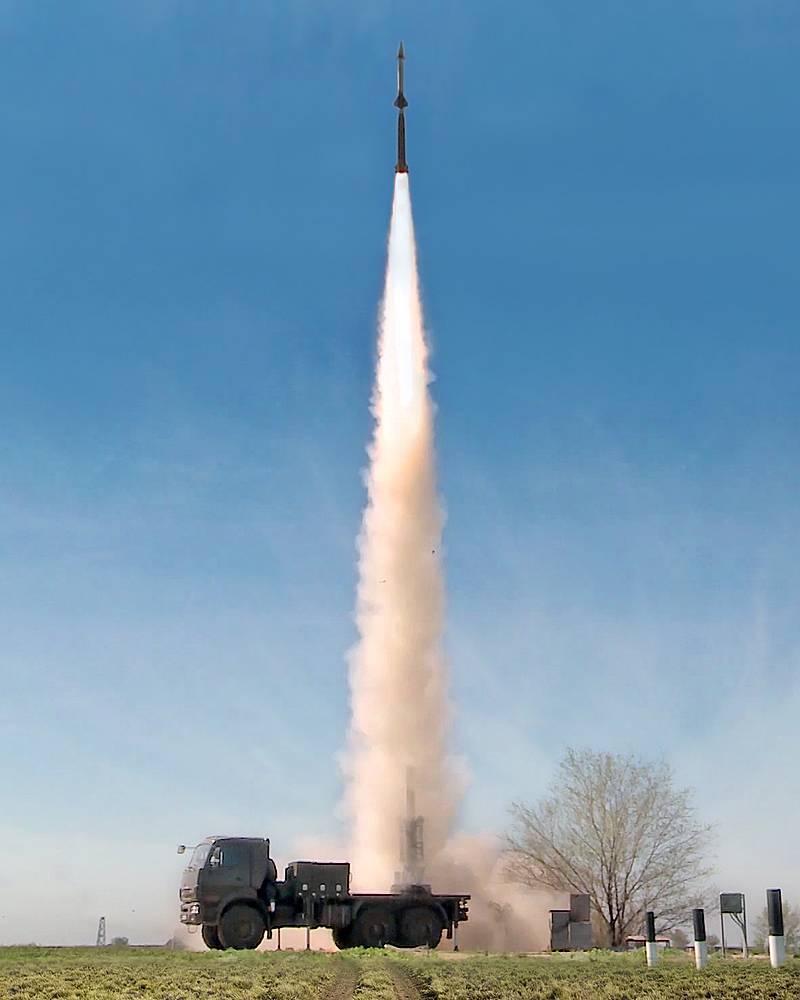 All missile modifications are equipped with a high-explosive fragmentation warhead weighing 28-30 kg with a charge of 18-20 kg. With its help, the defeat of various armored vehicles, structures and buildings, as well as surface objects and low-altitude air targets is ensured.

The land-based version of the interspecies missile system is based on an automobile chassis that provides high strategic and tactical mobility. The complex includes a combat vehicle with a launcher, a mobile command post, and reconnaissance and communications equipment.

The self-propelled launcher carries up to 10 TPK with guided missiles. The containers are mounted on the unit with the possibility of pointing in two planes. Combat work is provided by a transport-loading vehicle with devices for transporting and reloading ammunition.

The fire control machine carries all the necessary means for calculating and entering data. It was previously mentioned that it is also equipped with its own multifunctional radar station. In the latest materials on the project, UAVs are mentioned as a means of reconnaissance and target designation, capable of ensuring the operation of the complex at maximum ranges. Also, the command post can receive data on targets from third-party sources. 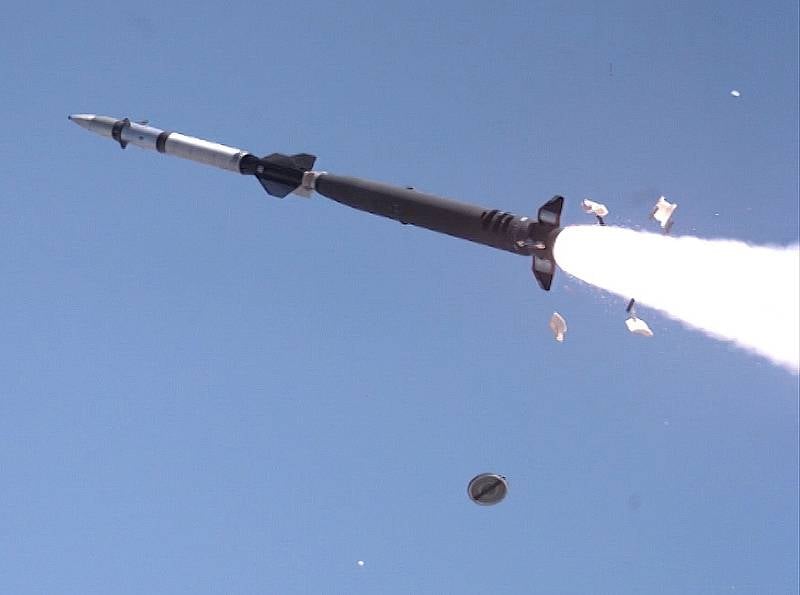 The missile battery can include several combat vehicles controlled from one command post. Shooting can be carried out from prepared and unprepared positions at various objects in the entire range of ranges. It is possible to create new modifications of the complex on various chassis, incl. for export.

The ground "Hermes" is intended to destroy armored vehicles of different classes, stationary structures, surface targets, etc. A long-range missile will allow attacking objects at a great depth of defense, and modern seeker should ensure a high impact efficiency. Complexes of this kind are already available from foreign armies and have confirmed their wide capabilities.

The first tests of the Hermes-A complex were carried out using a Ka-52 helicopter. In the future, there were reports of the possibility of installing such weapons on attack, transport-combat and transport helicopters of various types. It was reported that tests were carried out using the Mi-28 and Mi-171 machines. Also new weapons could be obtained by attack aircraft of the Su-25 family.

According to recent reports, the Mi-28N (M) and Ka-52 (M) attack helicopters will become the main carriers of the Hermes-A in our army aviation. Helicopters of serial modifications have already used new missiles at test ranges, and tests were also carried out as part of the Syrian operation of the Aerospace Forces. 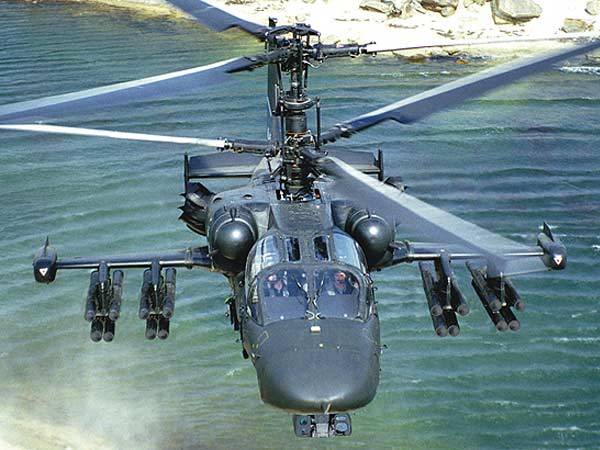 Ka-52 with Hermes-A missiles
As part of the armament of attack helicopters, the Hermes-K should complement other missile systems with less high technical and combat characteristics. It is designed to attack armored vehicles, various structures, etc. An important feature of the complex is the possibility of hitting targets from outside the enemy's air defense zone.

The Hermes-K multipurpose missile system remains at the development stage and has not yet been shown to the public. It is intended for installation on boats and small displacement ships in need of a light and effective striking device. It was reported that such a complex would use a modified missile with a firing range of up to 30 km.

The target for the ship "Hermes-K" will be various enemy coastal objects and ships of small displacement. Due to its limited characteristics, the unified missile can effectively engage and destroy only targets with a displacement of up to 100 tons. To destroy larger boats and ships, it is required to hit key structural elements or use several missiles. 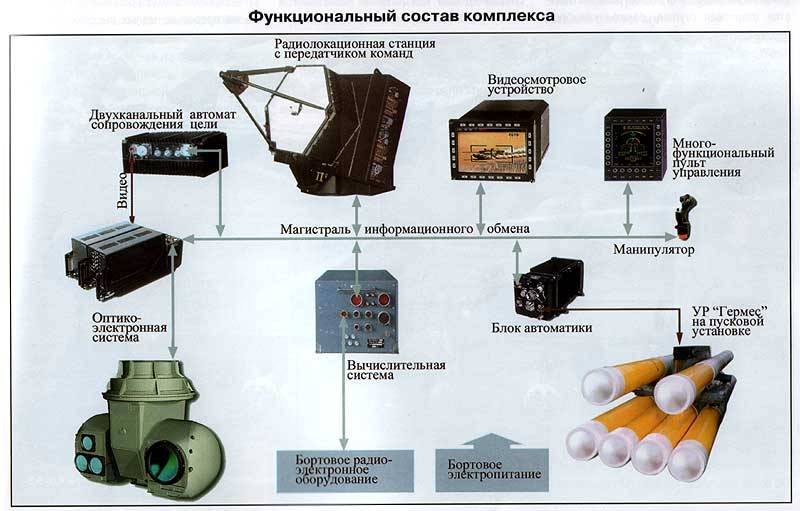 Aviation complex components
The naval version of the Hermes complex is supposed to enhance the weapons of small ships and boats, which cannot be equipped with larger and more powerful missiles. At the same time, sufficiently high fighting qualities will be provided.

For various reasons, the process of creating a new interspecific missile system has been delayed. However, the industry wasted no time and carried out all the necessary work, the results of which are now shown at exhibitions. Two versions of "Hermes" of the three announced are already ready and are being tested; the third is expected to appear.

The appearance and mass introduction of the Hermes complexes can seriously affect the capabilities of the three combat arms. At the disposal of the ground forces there will be a new means for hitting small targets at significant ranges - a kind of ATGM with an OTRK range. Army aviation will supplement its arsenals with more effective weapons, and the navy will be able to supply missiles even to small boats.

However, the developer and the customer have not yet specified when the ready-made multipurpose complexes will go into series and go into service. Earlier it was reported about the readiness of modifications of "Hermes" for production, but it has not yet begun. How soon it will be possible to complete all the current work and when the army will receive new weapons is a big question. And the presence of such systems in foreign countries makes this issue even more acute.

Ctrl Enter
Noticed oshЫbku Highlight text and press. Ctrl + Enter
We are
The project of the missile complex "Hermes-K"An-12 in Afghanistan
Military Reviewin Yandex News
Military Reviewin Google News
40 comments
Information
Dear reader, to leave comments on the publication, you must to register.