Lukashenko to Mishustin: We have evidence that Navalny's poisoning is falsification 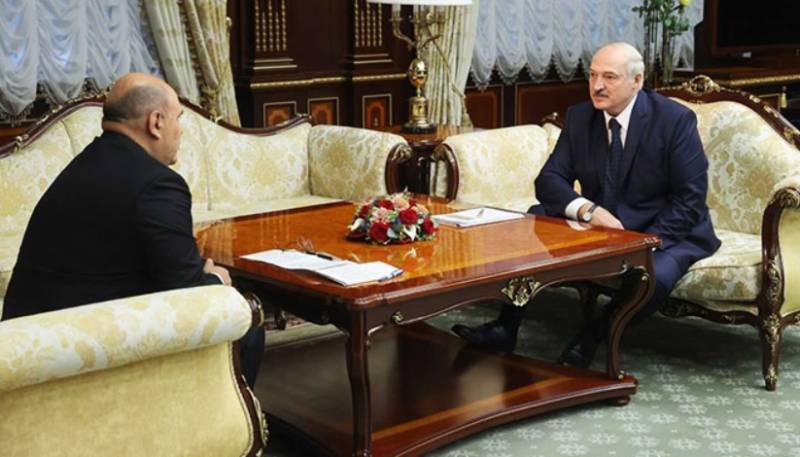 Belarusian President Alexander Lukashenko made a statement today, which has already caused a resonance. According to the head of the Republic of Belarus, Minsk has reliable information that the so-called poisoning of the Russian opposition leader Alexei Navalny is a falsification.


Such information is published on the website of the President of the Republic of Belarus.

Alexander Lukashenko, during a meeting with the head of the Russian Cabinet of Ministers, said that the Belarusian electronic intelligence had intercepted the negotiations in the West. According to the President of Belarus, the negotiations shed light on the fact that the statements about Navalny's poisoning are fake.

I noticed, watching the Russian events, they - the West - have a new feature. Again "Novice", again poisoning.
President of Belarus:

Before Merkel's speech, she said that they wanted to close his mouth, Navalny. We intercepted the conversation. We understand that Warsaw is talking with Berlin.
Lukashenko explained the actions of the electronic intelligence of Belarus by the fact that there is an increase in NATO activity on the western borders of the republic.

Of course, we are also waging a confrontation with NATO in the radio sphere.
According to the head of the Republic of Belarus, the special services of Belarus will transfer the information received to the Federal Security Service of Russia.
Lukashenko:

I quoted this conversation. You see how Jesuit things these people are.
At the same time, it remains unclear exactly whose conversation on the air was intercepted by the Belarusian intelligence.

And this is how Ms. Sobol reacts to Lukashenka's words on Twitter:

Against the background of Lukashenka, any statements by Zhirinovsky, Fedorov and Milonov taken together fade away. It would be funny, but the demented grandfather carries this blizzard not in a psychiatric hospital, but tells at an official meeting with Mishustin pic.twitter.com/W8cMWuo3kA

Ctrl Enter
Noticed oshЫbku Highlight text and press. Ctrl + Enter
We are
Reports from the militia of New Russia for 27-28 September 2014 of the yearInterview of Vladimir Putin with Radio Europe-1 and TF1
173 comments
Information
Dear reader, to leave comments on the publication, you must to register.