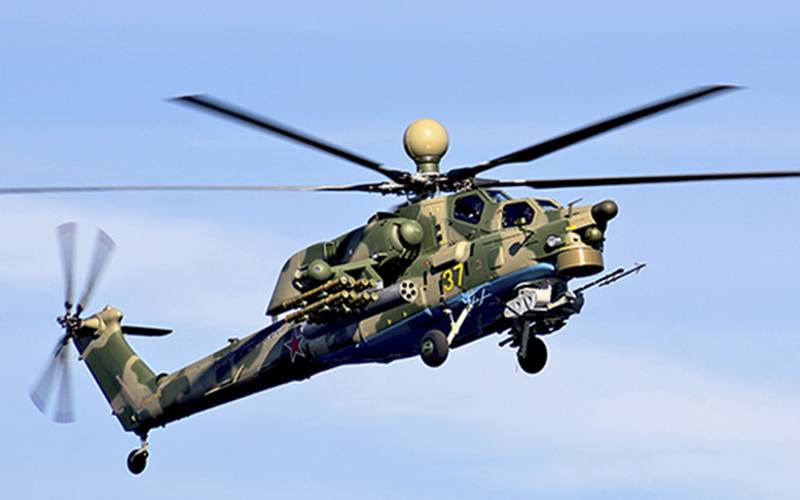 The newest combat training helicopter Mi-28UB entered the 4th Army of the Air Force and Air Defense of the Southern Military District (YuVO). The helicopter replenished the fleet of the army aviation regiment aviation in the Krasnodar Territory. The press service of the district reports.


The helicopter was reportedly delivered as part of the state defense order. In total, since the beginning of the year, the district has received more than 20 units of aviation equipment, including helicopters from army aviation and aircraft of operational-tactical and assault aviation.

The main feature of the Mi-28UB is a dual control system that allows you to fly a helicopter from the cockpit of the pilot-commander of the crew, and from the cockpit of the pilot-operator. Due to this, it is possible to train military pilots who need the practice of a raid on "Night Hunters". In addition, in combat conditions, in the event of an emergency situation, the second member of the crew can take over the control of the vehicle.

The Mi-28UB is equipped with a modernized integrated avionics suite. The use of this complex makes it possible to effectively search, detect, recognize and engage ground and air targets. To ensure the necessary ergonomic parameters of the crew's workplaces, the design of the helicopter fuselage was changed. On the Mi-28UB, the cockpit has been expanded, the area of ​​armored glazing has been increased and the view from the operator's workplace has been improved

Ctrl Enter
Noticed a mistake Highlight text and press. Ctrl + Enter
We are
Army aviation of the Southern Military District replenished with the latest Mi-28UBDeliveries of serial helicopters Mi-28UB scheduled for 2017 year
32 comments
Information
Dear reader, to leave comments on the publication, you must to register.