Lithuanian Defense Ministry: Italian pilots arriving in Siauliai will ensure the security of the Baltic states 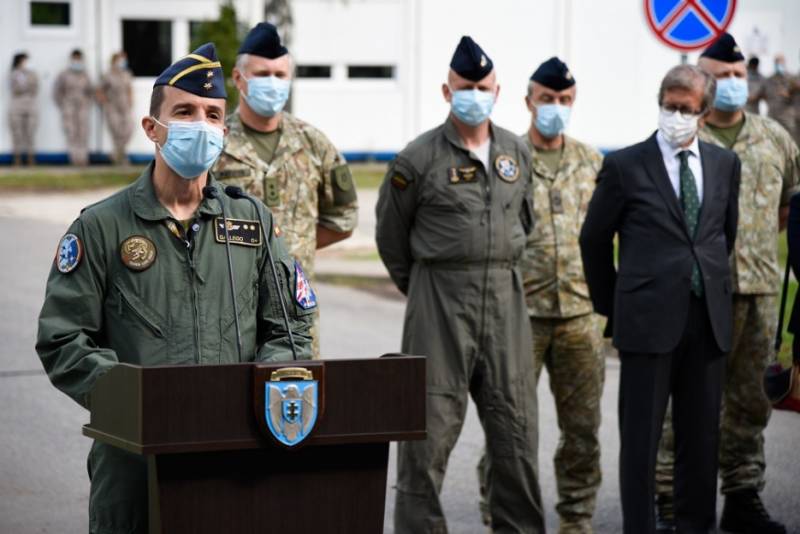 The Lithuanian Ministry of Defense published information that a group of Italian servicemen was received at the airfield in Siauliai, who, as it was announced, "will serve in the format of the NATO mission to ensure the security of the Baltic states." We are talking about Italian pilots who, according to the latest data, will replace British and Spanish Air Force pilots in Lithuania.


Ministry of Defense of Lithuania:

The Italians will defend the Baltic airspace using 4 EF-2000 EuroFighter fighters.
The rotation of Italians will last longer than usual - 8 months instead of the average six.

It is reported that Italian military pilots will not be alone in patrolling the Baltic airspace. From one of the Estonian airfields (Amari) aircraft of the German Air Force will rise for patrol.

The Baltic Air Patrol Mission is one of the best examples of NATO unity, demonstrating the Alliance's commitment to security. This is also evidenced by the readiness of the Italian and German air forces to carry out the mission to protect the airspace in the Baltic region in accordance with the plan, despite the coronavirus pandemic. For our part, we strive to provide our partners with the best conditions for carrying out a mission from the Siauliai Air Force Base.
It is reported that from January to August, NATO Air Force aircraft rose to intercept and identify foreign (primarily Russian) aircraft 80 times.

Let's remind that earlier the President of Belarus Alexander Lukashenko accused the NATO countries of militarizing the eastern flank. According to Lukashenka, in Belarus "the clanging of their tanks". Vilnius responded with a statement that Lukashenka" is looking for an external enemy with an attempt to divert public attention to foreign states. "

Ctrl Enter
Noticed oshЫbku Highlight text and press. Ctrl + Enter
We are
Reports from the militia of New Russia for 27-28 September 2014 of the yearYuri Drozdov: Russia prepared the role of the sacrificial calf
45 comments
Information
Dear reader, to leave comments on the publication, you must to register.