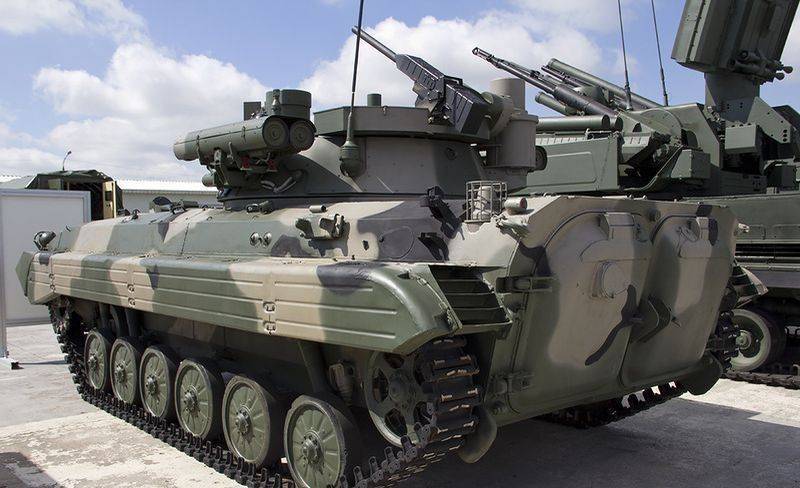 By the end of 2022, the Ministry of Defense will receive more than 120 updated BMP-2M infantry fighting vehicles with the Berezhok combat module. Reported by "News" with reference to sources in the military department.


According to available information, the Ministry of Defense plans to receive 124 BMP-2M in the next two years. The vehicles equipped with the Berezhok combat module will go to the Western Military District. The first batch of new infantry fighting vehicles should be delivered this year.

It is reported that the Tula enterprise Shcheglovsky Val will be engaged in the modernization of the BMP, which has successfully fulfilled the contract for equipping 360 Algerian BMP-1 and BMP-2 with the Berezhok combat module. To fulfill the order for the Russian army, a special separate workshop was opened at the enterprise.

In the course of modernizing the BMP, in addition to the combat module itself, they will receive new turbocharged engines and a reinforced suspension. In addition, armor will be added to the BMP.

The inhabited two-seat combat module B05Ya01 "Berezhok" is a classic BMP-2 turret, but with an updated armament system: instead of the main gunner's sight BPK-2-42, a combined sight with an independent line of sight stabilization system in two planes is installed. It combines sighting optical, thermal imaging and laser rangefinder channels, as well as a guided missile guidance channel.

The armament of the BMP consists of anti-tank guided missiles "Kornet" with an effective firing range of 5 km with the ability to use in the daytime and at night against heavily armored targets, a 30-mm cannon to combat lightly armored vehicles and enemy infantry. In the aft part of the tower, an AG-30M 30-mm automatic grenade launcher is installed with an independent vertical guidance drive and a food store for 300 grenades.
Ctrl Enter
Noticed oshЫbku Highlight text and press. Ctrl + Enter
We are
Summary of the week from voenkor Mag about events in the DNI and LC 21.04.18 - 27.04.18Summary of events in the DPR and LPR for 14.04.18 - 20.04.18 from the military commissar "Mag"
67 comments
Information
Dear reader, to leave comments on the publication, you must to register.