"The United States will have to kneel": Chinese Sohu assessed Russian ICBMs 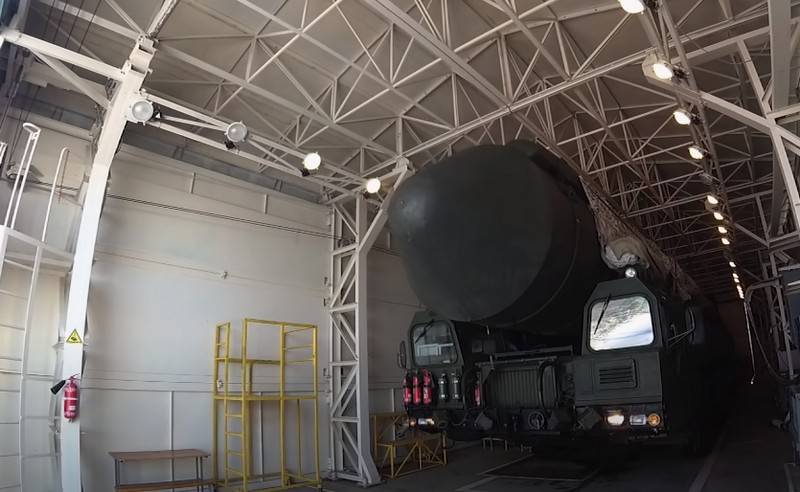 The United States, constantly provoking Russia and stationing its troops on its borders, is walking on the edge of a knife. Russia is systematically re-equipping its Strategic Missile Forces (Strategic Missile Forces) with new missiles and, in the event of an armed conflict, will simply destroy the United States. This statement was made by the author of an article published in the Chinese edition of Sohu.


Russia is gradually re-equipping its Strategic Missile Forces with new missiles, putting the Yars, Avangard and Sarmat complexes on alert, conducting exercises to train all components of the nuclear forces. All this is done in response to the actions of the United States, which is trying to dictate its will to the whole world.

According to Chinese experts, Russia is armed with 300 ICBMs, which terrifies the White House. At the same time, the Strategic Missile Forces continue to receive missile systems, in the near future delivery of 15 more newest ICBMs is expected.

Russian missile systems are capable of overcoming American missile defenses and striking US territory. The newest missile "Sarmat", which will soon replace the "Voevoda", according to experts, can destroy up to 10 medium-sized American cities, and 30 such ICBMs - return the United States to a primitive society. Other missile systems include the Avangard with a gliding hypersonic unit, which can easily overcome missile defense and can fly from Moscow to Washington in 15 minutes. If Russia launches its missiles at the United States, then the Americans will have to kneel down and admit they are defeated.

Russia has drawn a "red line" for the United States, warning them not to play with fire. Moscow has warned that any missile launched towards Russia or their allies would be considered a nuclear warhead, regardless of whether or not it is. In response, Russia will retaliate with a nuclear strike that will be devastating for the enemy. If the United States does cross the line, it will feel the full power of the world's strongest ICBMs.
Ctrl Enter
Noticed oshЫbku Highlight text and press. Ctrl + Enter
We are
The Dangerous Future of US Strategic Forces (PetroleumWorld, Venezuela)Measure seven times ...
Military Reviewin Yandex News
Military Reviewin Google News
67 comments
Information
Dear reader, to leave comments on the publication, you must to register.