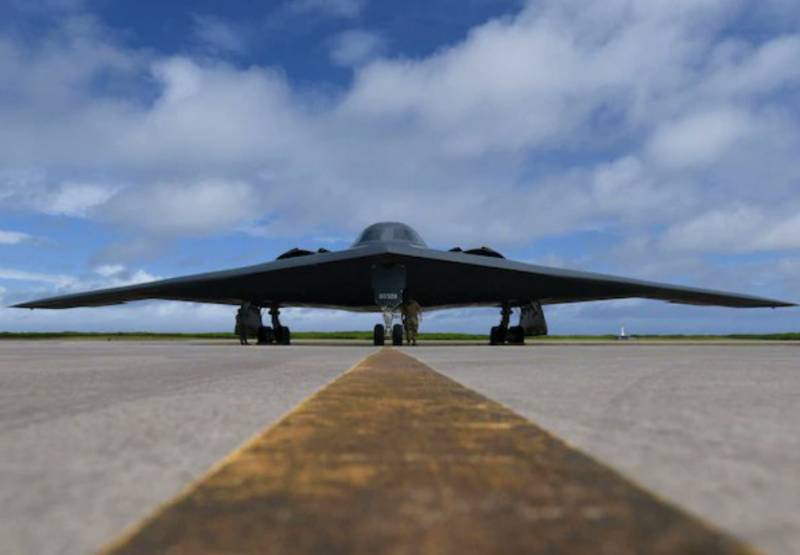 The Pentagon is increasing its US military presence in various parts of the world. For example, a mobile center for B-2 stealth bombers is being deployed on a small island in the Indian Ocean.

Chagos Archipelago ... Seven atolls with 60 islands in the heart of the Indian Ocean, half way from East Africa to Indonesia. At the beginning of the XNUMXth century, the British managed to oust the French who ruled there from these islands. So it began история British Indian Ocean Territories, which are still the possession of London. The largest island in the archipelago is Diego Garcia.

Once upon a time there were coconut plantations on which African slaves brought from neighboring Mauritius and the Seychelles worked. There was even a special ethnic group - Chagossians - of African origin with small Indian admixtures (there are a lot of Indians in Mauritius).

However, in 1966, Great Britain began the forced eviction of the Chagossians from the island of Diego Garcia. They were relocated to Mauritius and Seychelles, paying compensation, and on the island itself in 1973 a military base was deployed, and not British, but American. Despite the decisions of the courts on the illegality of the eviction of the Chagossians, Great Britain flatly refused to return them to the island.

The US Air Force Mobile Operations Center is currently being deployed on Diego Garcia to rapidly deploy Northrop B-2 Spirit strategic bombers in the Indian Ocean region. It is worth noting that American B-2 bombers were previously deployed on the island, but now an operations center is being created specifically for them. Providing communications, controlling the actions of bombers, and maintenance - these are the main tasks of the deployed operations center on a small island in the Indian Ocean. 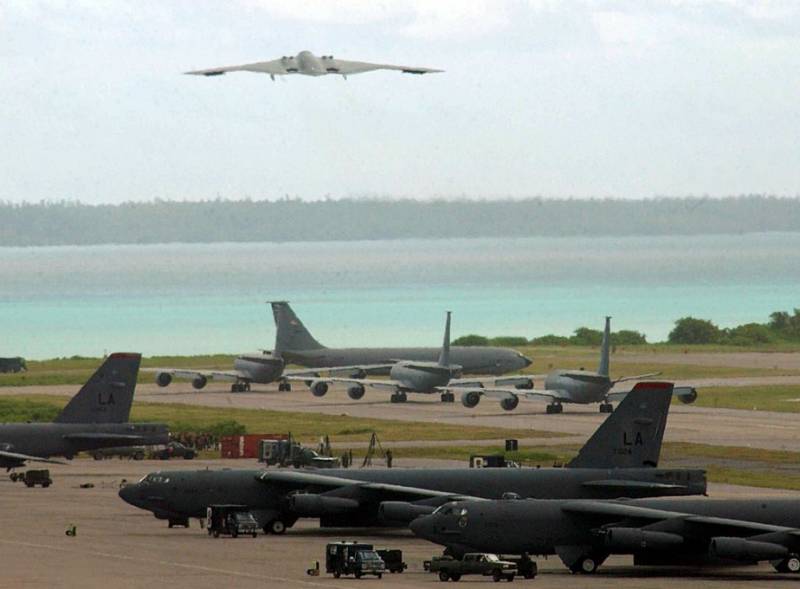 US Air Force bombers on the island of Diego Garcia
According to Lt. Col. Christopher Conant, the main purpose of the presence of B-2 bombers on Diego Garcia is to create conditions for the movement of aircraft to any point in the region and to ensure their combat missions. The place is really very important: from here you can control both the part of the Indian Ocean, closer to the East African coast, and the part of the ocean stretching to the islands of the Malay Archipelago, the Maldives, the coast of India and Sri Lanka. In the context of global rivalry with China and Russia, including in the waters of the southern seas, the importance of the base on Diego Garcia is even more increasing.

The US Air Force Global Strike Command (AFGSC) Strategic Plan 2020 promotes the concept of dynamic use of forces, which implies the fastest possible movement of aircraft from one point to another, which requires some flexibility in terms of choice of bases. This concept is now being implemented especially actively in relation to B-2 bombers, as well as B-52.

In addition to Diego Garcia, bombers are constantly present on the island of Guam in the Pacific Ocean (Micronesia). Here they carry out tasks of strategic containment of Chinese activity in Oceania and Southeast Asia. Since 2004, every six months there has been a rotation of bombers and their crews on the island of Guam.

The importance of dynamic use stems from the Pentagon's concern for the invulnerability of its military bases. Most of all, the American military is afraid of a preemptive strike from a potential enemy on its aviation bases, so mobile operations centers are so important to the command: they allow you to transfer bombers from one point to another without any problems.

Military columnist Joseph Trevithick writes that the US Air Force has already made significant strides in rapidly deploying stealth aircraft to strategic locations around the world. Interestingly, the F-22 Raptor fighters became the pioneer of the strategy, and then the bombers came.

Separately, Trevithick notes the importance of ensuring aircraft operations using reliable communications and a built-in information protection system in cyberspace. It is precisely these tasks that the mobile operations center deployed in Diego Garcia solves, from which it will be possible to control missions of bombers at a distance of thousands of kilometers.

Trevithick also suggests that the new mobile operations center can be adapted to support other aircraft, not only the B-2 stealth bombers, but, for example, the promising B-21 Raider stealth bombers.

In any case, the appearance of another US military facility in the Indian Ocean indicates growing tensions in this region of the planet. It is possible that the buildup of the American presence is directly related to the deterioration of relations between China and India.

Ctrl Enter
Noticed oshЫbku Highlight text and press. Ctrl + Enter
We are
The UN called on the UK to return the Chagos Archipelago to MauritiusUN court requires Britain to return Mauritius islands in the Indian Ocean
Military Reviewin Yandex News
Military Reviewin Google News
9 comments
Information
Dear reader, to leave comments on the publication, you must sign in.