The Guard of Russia celebrates its 320th birthday 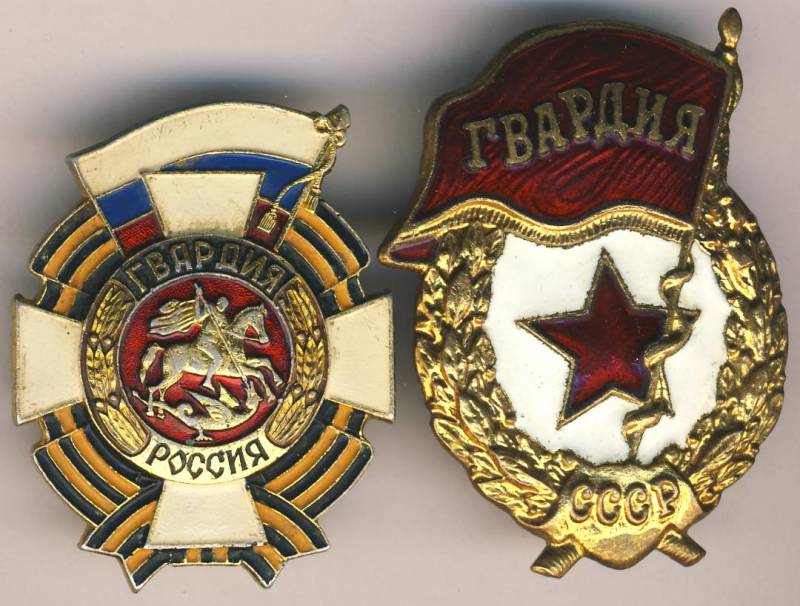 The Day of the Guards of Russia, established by the decree of President Vladimir Putin in 2000, has become one of the memorable dates connecting the most glorious pages stories our Fatherland, indicating the continuous connection of times, the age-old continuity of generations of its heroic defenders.


Both the creation and the revival of elite military units in the armed forces and the naval navy of our country are inextricably linked with two of its outstanding rulers - Emperor Peter the Great, who in 1700 for the first time conferred an honorary guards status on the Semyonovsky and Preobrazhensky regiments and Joseph Vissarionovich Stalin, who, in the role of People's Commissar of Defense of the USSR, revived the military elite in the Red Army.

For centuries the Russian and later Soviet guards marched to victory and glory in the smoke and fire of numerous battles. That is why the black and gold ribbon became their symbol, symbolizing precisely these formidable attributes of the battles in which the guardsmen of our Fatherland again and again proved their right to be called the best of the best warriors.

In the Russian Empire, the guard was not only a military elite, but also a real "privileged class" that decided the fate of the state, elevated rulers and sovereigns to the throne and overthrew them. In the Red and Soviet armies, this high rank was assigned to units and formations not "by birthright", but for the specific courage and heroism shown by their soldiers and commanders in the defense of the Motherland.

The Russian army "inherited" the guard along with the glorious military traditions of grandfathers and great-grandfathers, who defeated the hordes of invaders and invaders who came to our land. Its existence is a guarantee that these traditions are alive in the descendants of the victors of the Great Patriotic War, the heroes of Afghanistan and other wars and conflicts, in which the Soviet guards covered themselves with unfading glory.

Today in our army and navy there are more than a hundred subunits and units, proudly bearing the honorary title of the Guards. The servicemen of many of them confirmed their right to this status, participating in hostilities during the conflicts in Chechnya and Georgia, on the territory of the Syrian Arab Republic. There is no doubt that, if necessary, the Russian guard will stand up for the Fatherland today. But let her service continue to be held under a peaceful sky.

We sincerely wish this to all compatriots whose life path has been overshadowed by the glorious guards banner or is being accomplished under it today on their holiday - the Day of the Guards of Russia!

Ctrl Enter
Noticed oshЫbku Highlight text and press. Ctrl + Enter
We are
List of destroyed the largest and most high-tech enterprisesOn the other side of the “red” and “white”. Izborsk Club Report
Military Reviewin Yandex News
Military Reviewin Google News
80 comments
Information
Dear reader, to leave comments on the publication, you must to register.