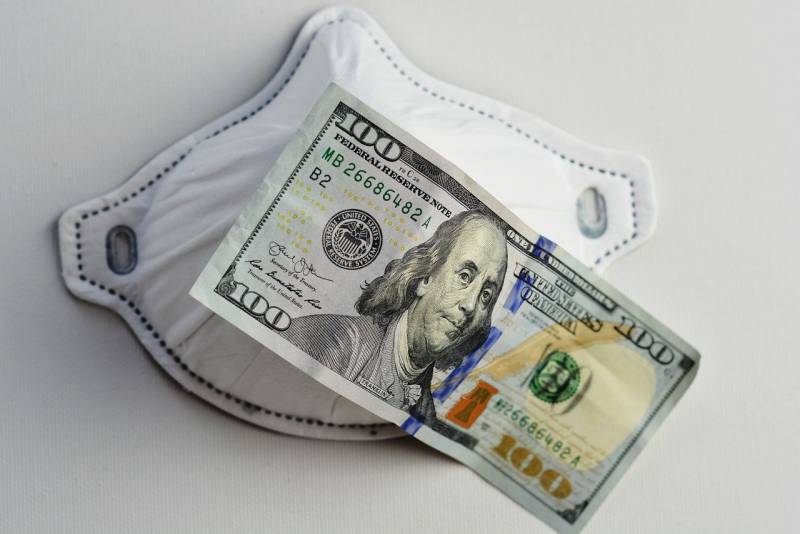 Over the past several years, Russia has held an honorable sixth place in the world ranking of purchasing power parity and GDP. China came first, followed by the United States, India, Japan and Germany. In 2018, our country lagged behind the last five by only 4-5%, and then it was decided to displace Germany from this position by 2024. However, everything happened much earlier. At the end of 2020, Russia with $ 4,176 trillion will rise to fifth place, displacing the FRG with its 4,16 trillion.

It should be noted that in July of this year, President Putin signed an updated program for the country's development until 2030, and it no longer had a goal of entering the top 5 world economies. The reason for the refusal was the obvious negative situation associated with the severe consequences of the pandemic. But for many other countries, this conjuncture turned out to be even more disastrous. First of all, states suffered, whose economies are oriented towards the export of high-tech products. Germany is certainly one of them, and the economic decline in the second quarter of this year amounted to an impressive 9,7%. For comparison: the Russian economy sank by 8,7%. The fact is that world consumers temporarily decided to abandon German goods, and many enterprises in Germany simply stopped. Consumer activity reached a minimum in the spring, when all outlets around the world were simply closed, except for grocery stores and pharmacies. 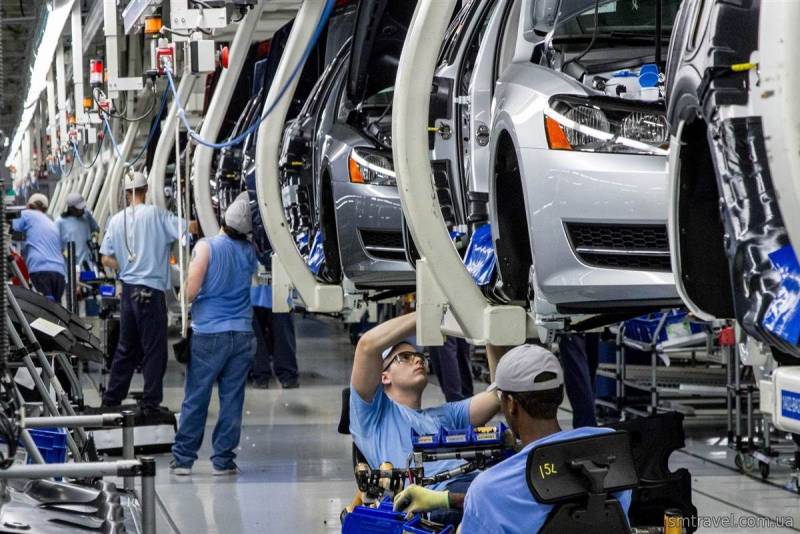 Source: karatu.ru
The locomotive of the German industry is undoubtedly the automobile industry, which has suffered considerable losses. By the end of the year, the global automotive market will sag by a record 22%, and German carmakers will have to cut production. Losses of the Volkswagen automobile concern in the first half of the year amounted to 1,4 billion euros. And so on in many sectors of the national economy. Consumers can moderate their appetites for a certain period of time and refuse new acquisitions. In times of raging pandemic, few allow themselves to go to a car dealership for a new Mercedes-Benz - it would be much more prudent to save savings for a rainy day. The forced shutdown of production at German factories during the peak of COVID-19 may lead to another consequence: sales markets will be replaced by third-party manufacturers. How can we not recall the words of Alexander Lukashenko, when in the spring he assured everyone that the pandemic was far-fetched and the danger of introducing quarantine at enterprises. The leader of Belarus said bluntly that the economic losses of the sales markets would be incomparably higher than from an ephemeral infection. It seems that it was then that the Belarusian factories finally had a chance to move industrial giants on the world markets. It is not known whether MAZ products were able to replace the German MAN or the Swedish Scania somewhere (now in the republic there are no calculations), but there were prerequisites for this. Of course, buyers of German technology will not suddenly abandon their familiar products, but the economic downturn will force either to postpone the purchase, or to pay attention to more budget options.

In addition to the purely industrial reason for the decline in German economy, there is also a paralysis of the service sector. As you know, the higher the level of development of a country, the greater the share of the non-production sphere in its economy. Europeans at one time actively moved their factories and factories to developing countries (China, Vietnam and others) in the hope of improving the environment and reducing production costs. Germany, by the way, was the least involved in this process and, as a result, it allowed it to become the first economy of the European Union. But with the pandemic, all non-production facilities were closed and still have not fully recovered from a steep peak.

All of the above, coupled with the need to purchase energy resources abroad, has led the German economy to shift to sixth place in the world ranking. Russia, whose exports are largely dependent on energy carriers, lost less in relative terms. You cannot refuse gas and oil, you can only reduce consumption, but supplies must be constant and rhythmic. In this, Russia, of course, has an obvious advantage over Germany. In addition, winter is coming, fuel consumption levels will inevitably increase, and supplies have been contracted for long periods. Refiners of petroleum products cannot simply abandon Russian raw materials: for many, production cycles are associated exclusively with grades of Russian oil.

If we talk about the non-production sphere, then here we will catch up with the Europeans for a long time: this sector is too small in the overall balance. Many critics point out that Russia will not be able to keep the fifth place for a long time (especially since there is no such goal now) and with the recovery of the world economy Germany will again be ahead. But, firstly, according to the most pessimistic forecasts, the return to the usual life will take place no earlier than 2024, and this may become fatal for part of the FRG industry. And, secondly, a possible jump in world consumption due to deferred demand will invariably sharply raise oil prices, and Russia's GDP will grow again. There is already someone who will overtake whom: Germany Russia or Russia - Germany ... Although, of course, the trend to benefit from the sale of energy resources for our country will not lead to anything good. The goal should be to enter the top 5 economies in the world through the export of products with high added value. 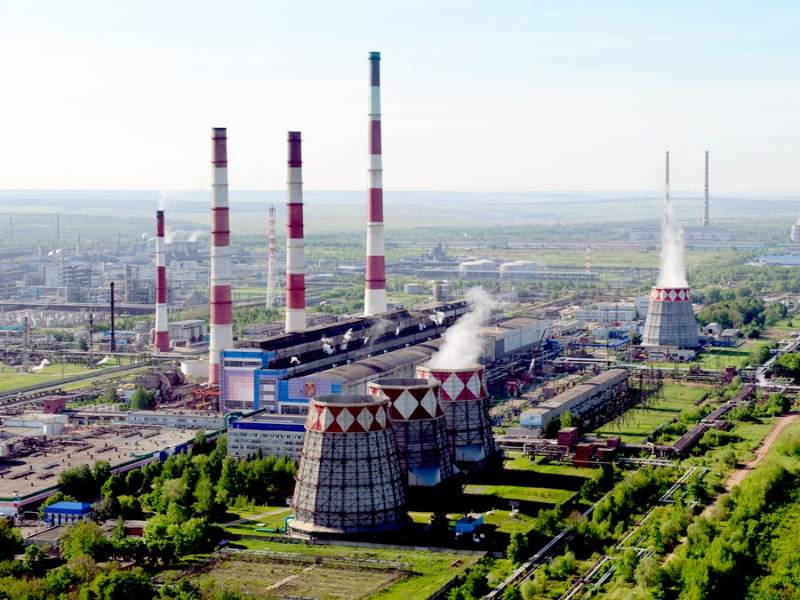 Source: wikimedia.org Energy TEC and AEC
Meanwhile, Russia's international reserves are growing, which also affects the country's position in various economic ratings. In mid-August, the country's savings reached a record value of $ 600,7 billion. Now Russia can repay all of its external debt with these accumulations, and there will still be about one quarter left. The forecasts of the Ministry of Economic Development and Trade also look positive. If in 2020 the Russian economy sags by 4%, then next year it should grow by 3,9%, and in 2022 by 5,3%. The IMF's analytics in this swazi is not so rosy, but here, too, the rate of decline is several times less than, for example, in Italy and Spain. At the same time, the Germans do not expect their own financial growth to recover within two or three years.

It is important to understand that getting into the top 5 of the world ranking of purchasing power parity and GDP size is not some kind of extraordinary achievement. There are more adequate ratings that directly indicate the standard of living of the population. The most important, of course, will be GDP per capita. And here Russia loses completely to Germany - we have 146 million people, Germany - only 80. With a small difference in the level of GDP, the level of per capita consumption in Germany can be twice as high. Do not forget that export revenues are not distributed very evenly among the population of Russia, a lot is simply deposited in a pod, for a rainy day. Therefore, all victorious reports about the pace of economic recovery should be taken very restrainedly.

Ctrl Enter
Noticed oshЫbku Highlight text and press. Ctrl + Enter
We are
Situational analysis of the death of the MH17 flight (Malaysian Boeing 777), made on the basis of engineering analysis from 15.08.2014Kuriles - an integral part of our homeland
365 comments
Information
Dear reader, to leave comments on the publication, you must to register.