Swords and spears for master sergeants: new emblems in the Ukrainian army 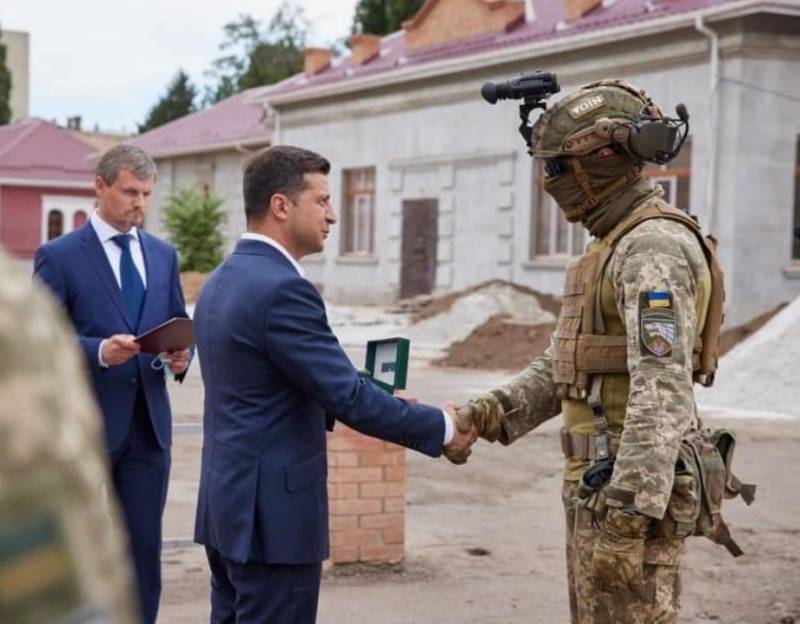 The Ukrainian army continues to experiment with new emblems and insignia. The Ministry of Defense of Ukraine decided to introduce changes from September 1, 2020.


As you know, in recent years, the Ukrainian armed forces have changed their military ranks. At first, it was proposed to return the traditions of Ukrainian political formations during the Civil War, but then the Armed Forces of Ukraine began to adapt to NATO standards.

For example, in navy introduced the rank of Commodore, as in the naval forces of the English-speaking countries, in the army they renamed the Major General to Brigadier General, and Colonel General to Lieutenant General. From October 1, 2020, warrant officers and warrant officers should disappear in the Armed Forces of Ukraine - they will be replaced by staff sergeants, master sergeants and chief master sergeants.

As for the symbolism, here the Ukrainian military department showed a much greater flight of imagination, recalling the traditions of Petliura's formations. One of the main tasks of the begun reform of troop symbols is to eliminate the last elements of similarity with the symbols of the Russian Armed Forces and the Soviet Army.

The cog, as the emblem of belonging to the higher officer corps, will now be worn not on shoulder straps, but on the collar. 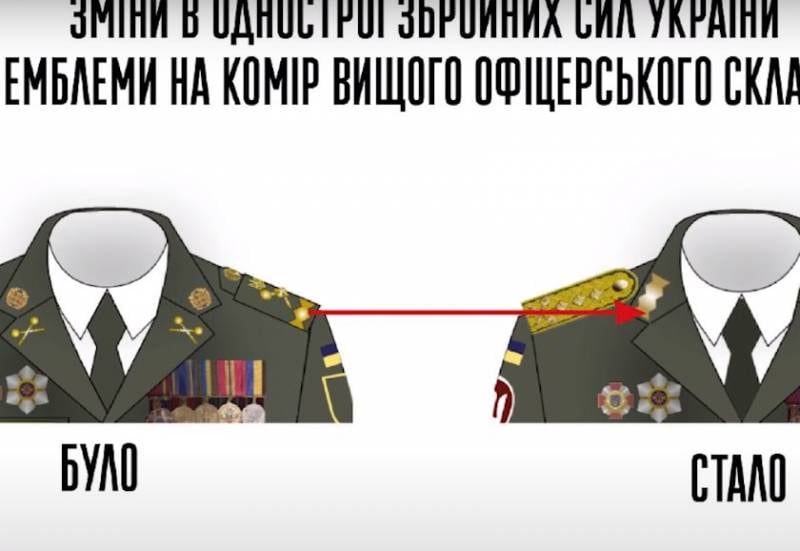 Servicemen of the signal troops, specialists in automated control systems and information protection will differ from other servicemen by a stylized image of an electric spark instead of a medallion with the letter "i". The emblem of the electronic warfare units will be a contour shield with a stylized image of lightning superimposed on it. 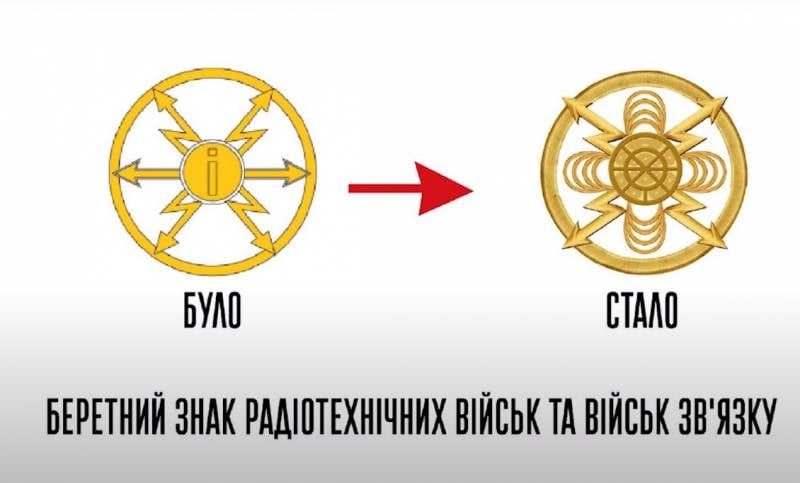 In the airborne assault units, the collar will wear an emblem in the form of a winged parachute with a fiery sword superimposed on it, and servicemen of the army aviation for the first time in stories modern Ukraine received a separate symbol - the winged spearhead. 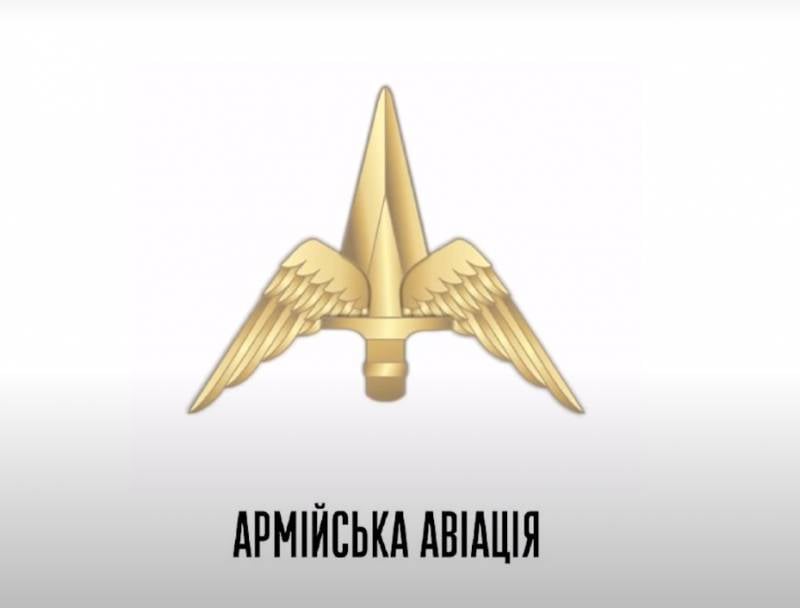 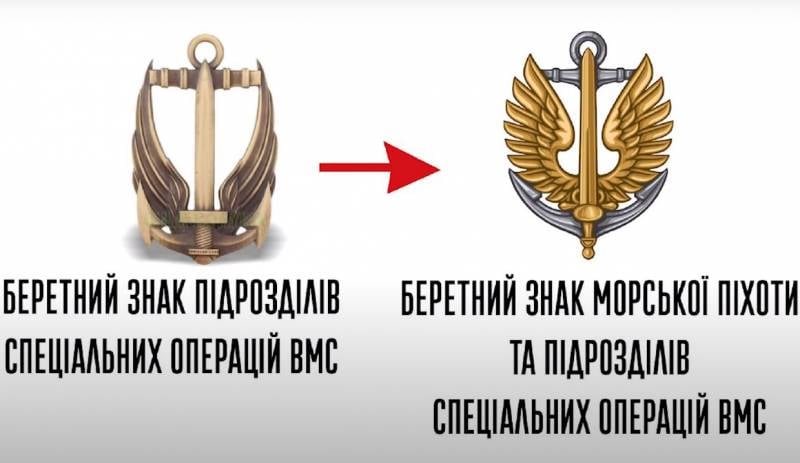 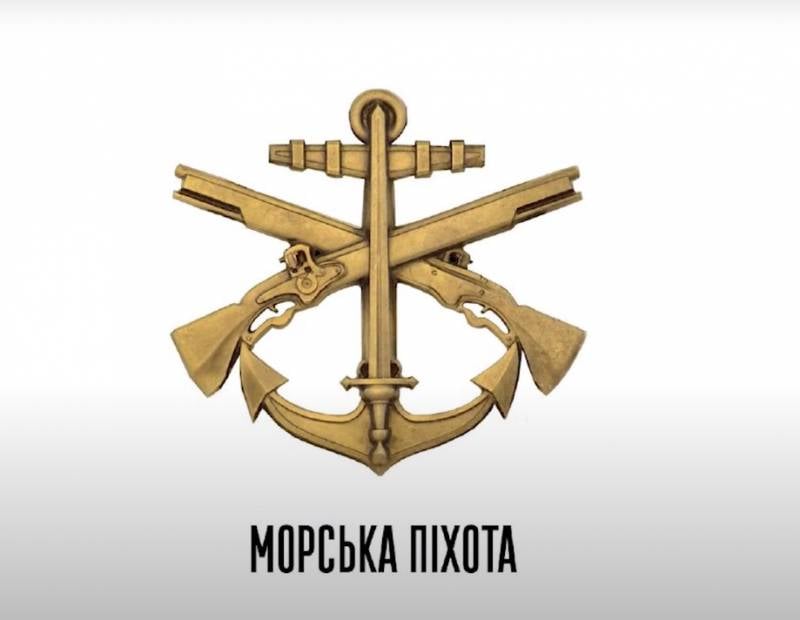 Changes have also taken place in the symbols of the marines: the Ukrainian marines will receive a new emblem - the so-called Sagaidachny sword and crossed rifles superimposed on a stylized anchor. 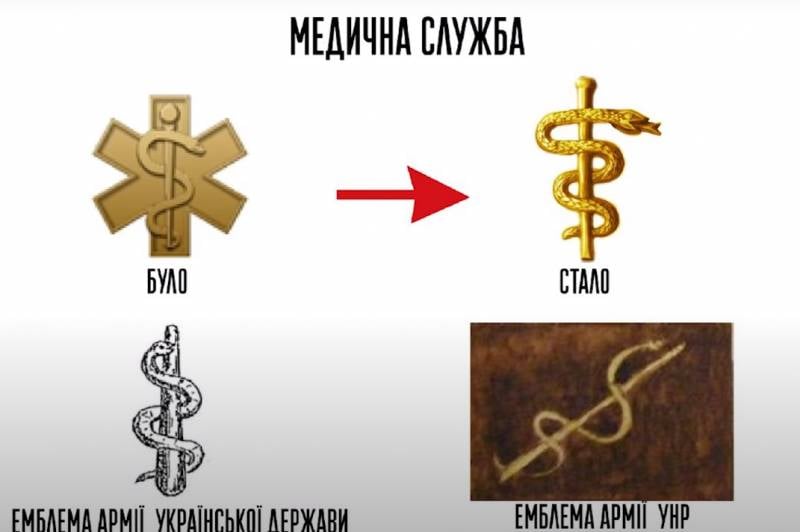 Military medics will now wear the Aesculapian wand entwined with a snake. Such an emblem in 1917-1921. worn by doctors and paramedics of the Ukrainian armed formations.

In addition, employees of the State Special Transport Service of Ukraine received a special emblem - this is the "wheel of Mercury" on a pontoon anchor, which emphasizes the possibility of building crossings for railway transport.

As you can see, the Ukrainian armed forces continue to demonstrate their steady desire to distance themselves as far as possible from any resemblance to the Russian army, be it rank or symbolism. Such actions of the military department, of course, find all-round support from the country's leadership and are stimulated by the United States and NATO. But such perturbations are unlikely to affect the real combat training and the military spirit of the armed forces.

Ctrl Enter
Noticed oshЫbku Highlight text and press. Ctrl + Enter
We are
Summary of the week from voenkor Mag about events in the DNI and LC 21.04.18 - 27.04.18Reports from the militia of New Russia for 27-28 September 2014 of the year
Military Reviewin Yandex News
Military Reviewin Google News
70 comments
Information
Dear reader, to leave comments on the publication, you must to register.