Radar to "protect against North Korean missiles" is being built in Hawaii: environmentalists could not stop the Pentagon

In the US, environmentalists criticize the plans of the US military to build a radar system in Hawaii. According to opponents of construction, it will harm the environment.

Recall that the prospects for building a radar to track missiles in Hawaii have been discussed for a long time. In February 2020, the US Department of Defense announced that no funds were allocated for the construction of the radar. Opponents of the construction gathered to celebrate the victory, but already in June 2020, the Senate Armed Services Committee announced full funding for the construction, laying the costs for it in the National Defense Law for fiscal 2021. Of course, for construction critics this news became shock.

The Hawaiian Islands are known to be a special territory. The movement to protect the environment and local cultural sites is very strong here. Therefore, when Hawaiian activists learned about the impending construction of a defense facility, they sharply criticized the project of the military department. Thus, the construction of a radar "to protect against North Korean missiles" was considered not only harmful to the environment, but also too costly, and most importantly, useless from the point of view of real protection of the Hawaiian Islands from the threat of a missile strike.

But the radar also has supporters. Thus, Senator Mazie Hirono named radar as her top priority this year. This can also be explained in an elementary way: local companies can get lucrative contracts for construction work, and this is money for the budget of the Hawaiian Islands, work for local residents, including not only construction, but also in the service infrastructure.

Therefore, on one side there are supporters of environmental protection and cultural traditions, on the other side - those who count on improving the social and economic situation of Hawaiians as a result of construction, on attracting additional investment and "green light" for local business.

What the radar advocates are focusing on

Radar proponents have other arguments as well. They believe that Hawaii is currently virtually defenseless against a modern missile strike. But the islands are in a high-risk region: not so far away is the DPRK with its perpetual missile tests, and one of the main probable adversaries of the United States is China. Moreover, we can talk not only about an attempt to attack precisely Hawaii: where are the guarantees that hostilities will not flare up between North and South Korea, North Korea and Japan, China and Taiwan.

In 2018, the Hawaiian Islands conducted a false rocket alert, after which the actual vulnerability of the state was established. Thereafter, in December 2018, the Missile Defense Agency awarded Lockheed Martin a $ 585 million contract. For this money, the company was supposed to develop, build and deliver a missile defense radar. The radar assembly work began in New Jersey and in Hawaii itself. 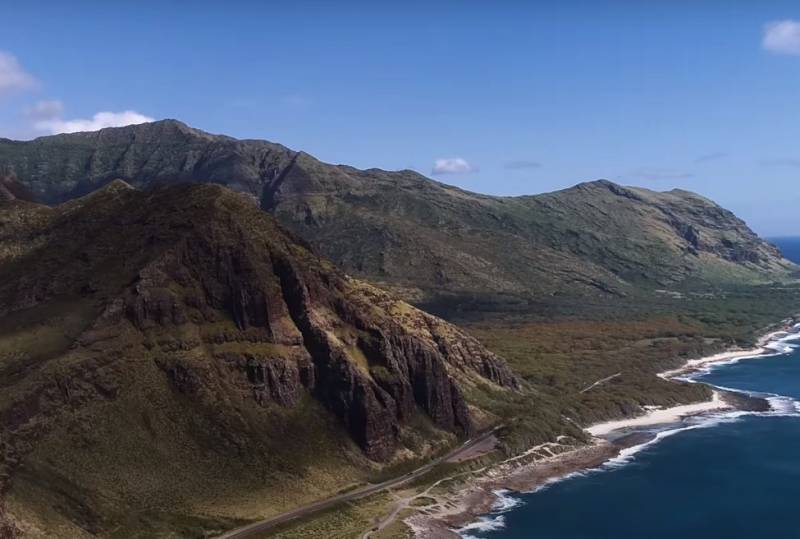 Environmentalists believe the radar will harm the unique nature of Hawaii

It soon became clear that the system would not cost $ 585 million, but at least $ 1,9 billion. 46 plots of land on Oahu and Kauai were assessed for the radar placement, followed by a selection of 3 sites on the north coast of Oahu. Then one site was excluded due to inconvenient logistics. On the Kuaokala Ridge, activists have found a heiau, a traditional Hawaiian temple.

The third site remains, but rare species of animals live there and rare plants grow. Thus, the military and environmentalists found themselves in opposition to each other. However, after local companies decided to involve local companies in the construction of the radar, environmentalists still found themselves in a losing position: the Pentagon managed to win over local representatives and soon work on the construction of the anti-missile system will continue.

Ctrl Enter
Noticed oshЫbku Highlight text and press. Ctrl + Enter
We are
Reports from the militia of New Russia for 27-28 September 2014 of the yearYuri Drozdov: Russia prepared the role of the sacrificial calf
15 comments
Information
Dear reader, to leave comments on the publication, you must to register.