"We plan to transmit in December": the corvette "Thundering" continues testing 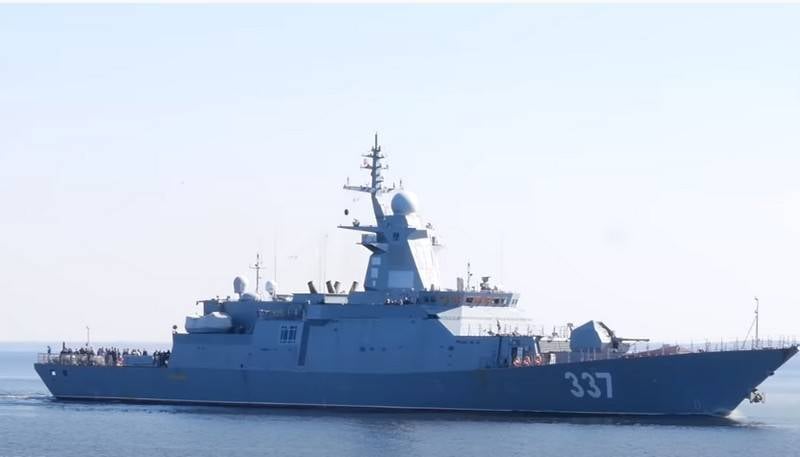 The head corvette of project 20385 "Thundering" is planned to be transferred to the Naval fleet RF in December this year, and not at the end of August as previously reported. This was announced by the general director of Severnaya Verf, which built the ship, Igor Orlov.


Answering the relevant question, Orlov explained that the "Gremyashchiy" corvette is currently being tested at sea, and according to the enterprise's plans, the ship's transfer to the customer is scheduled for the end of the year. The corvette is intended for the Pacific Fleet.

He is currently on trial at sea. We plan to transfer in December
- he said.

Earlier, Severnaya Verf announced plans to transfer the corvette to the fleet at the end of August, immediately after passing the state tests. This was stated by the former general director of the enterprise Igor Ponomarev. The duration of the tests, which had already been 9 months in mid-June, Ponomarev explained by the desire of the Ministry of Defense "to check the lead ship more thoroughly."

The armament includes the universal naval rifle complex (UKSK) for the Caliber, Onyx and possibly Zircon, Redut air defense systems, the 100-mm A-190-01 artillery system, two AK-30-mm anti-aircraft artillery systems 630M, as well as anti-submarine complex "Package".
Ctrl Enter
Noticed oshЫbku Highlight text and press. Ctrl + Enter
We are
The timing of the transfer to the fleet of the head corvette of project 20385 “Thundering” became knownHeadsets Serdyukov surfaced at the "Northern Shipyard"
42 comments
Information
Dear reader, to leave comments on the publication, you must to register.