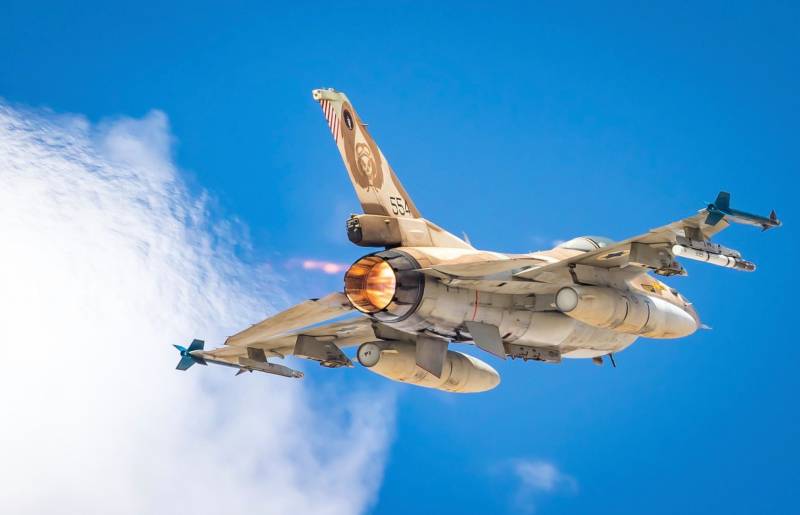 The Israeli aviation once again struck a blow on Syrian territory. The reports say that this time the Israeli Air Force launched a missile attack on the territory south of Damascus. At the same time, aviation facilities, as stated, were not included in the airspace of the SAR.


Traditionally, for the Israeli military aviation, the attack was carried out in the dark - at about 11 pm local time.

The SANA news service writes that several Israeli air-to-surface missiles were intercepted by the air defenses of the Syrian government army. It is not said which air defense systems were used.

Additionally, it is reported that the Israeli airstrike led to casualties: two soldiers were killed, at least seven people were injured.

An Israeli airstrike caused substantial damage.
The so-called Syrian Observatory for Human Rights says Israeli missiles were aimed at Hezbollah targets in both the capital province of Damascus and the province of Daraa.

At least five pro-Iranian armed men were killed, three of whom were not Syrian citizens.
The Israel Defense Forces press service traditionally does not comment on the strike on Syrian territory.

Ctrl Enter
Noticed a mistake Highlight text and press. Ctrl + Enter
We are
Reports from the militia of New Russia for 27-28 September 2014 of the yearInterview of Vladimir Putin with Radio Europe-1 and TF1
294 comments
Information
Dear reader, to leave comments on the publication, you must to register.