School and pandemic: the main challenge of our time 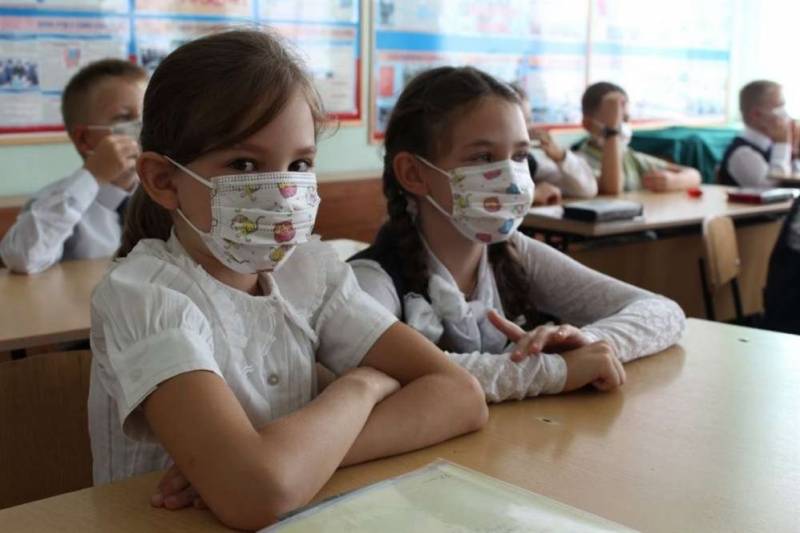 The apple of knowledge

All the previous months, the fight against coronavirus prepared us for the main thing - the massive exit of schoolchildren and students from forced vacations. On the one hand, a little less than 5 thousand new COVID-19 infections are still recorded in Russia every day, which significantly increases the risks of opening schools. On the other hand, the further work of schools, secondary specialized and higher educational institutions in remote mode threatens a catastrophic drop in the level of education. And the excessive nervous behavior of the parental community during the online education period also threatened a social explosion. Among the functionaries from education there were also supporters of the transition to distance education both in schools and in universities. More precisely, they wanted to make the online version a basic training scheme, and highlight the full-time form as an additional format. One of the arguments was the rather rosy results of the USE in 2020. Head of the Federal Service for Supervision in Education and Science Anzor Muzaev said about the results of the exam:

"The results are generally no better and no worse than those of the past years." 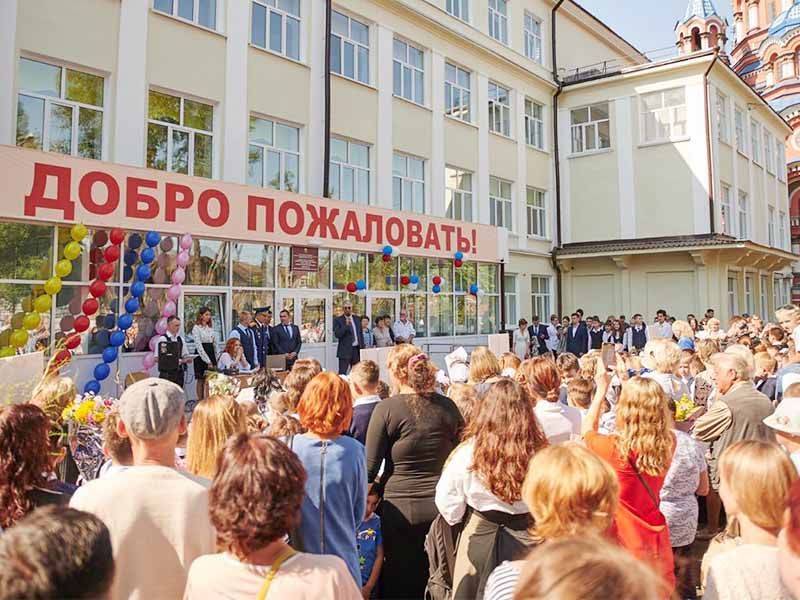 Source: irksib.ru
Taking into account that the last quarter of the senior pupils did not appear at school at all, the form of distance education can be considered successful. But in the end, after weighing all the pros and cons, the Ministry of Education nevertheless let the children go to school on September 1. Of course, with many restrictions developed jointly with Rospotrebnadzor.

It must be said that since the beginning of the summer the sanitary doctors have astounded teachers with their demands for complete separation of classes. It was up to individual calls for each group of students. Fortunately, it didn't come to that. It is generally difficult for school education to adapt to the realities of the pandemic: all previous years it was reformed in a completely different direction. The increase in class size, when 32-35 students in one room is considered quite normal, clearly plays in favor of infections. An increase in the load on the teacher (not everyone can afford the basic 18 hours) entails the teacher's communication with the maximum possible number of children. The massive amalgamation of schools into huge educational conglomerates leads to such a dangerous pandemic "overpopulation". How to ensure compliance with all sanitary standards in a school where up to 5-6 thousand people study in two shifts? Nevertheless, no one is going to change something drastically at school now, and children with teachers will find themselves in a new pandemic reality.

The main barrier to COVID-19 is the total temperature control at the school entrance. According to the Ministry of Education and regional departments, educational institutions have already been supplied with non-contact thermometers in the required quantities. The traditional lineup on September 1 is organized in most schools in the country only for grades 1 and 11. Parents now have the option of keeping their child homeschooled online - only an application is required. But no one will separately increase the workload for teachers in this regard. It is supposed to use stationary cameras in the classroom, broadcasting what is happening in the lesson for children on the "remote". Only there are no such cameras in the classrooms yet, as there is no corresponding software.

The medical community insists that children are less susceptible to infection than adults, and they get sick much more easily. All sanitary measures will minimize the likelihood of infection within the walls of the school. I must say that the innovations are not the most severe in comparison with other countries. For example, in Germany, whose children have been going to school for almost a month, a number of federal states have introduced the mandatory wearing of masks. For violation - up to exclusion. And only the smallest are allowed to take off their masks at the desk. Therefore, all domestic epidemiological restrictions in schools must be taken carefully.

Disconnect as much as possible

In order to maximize the separation of children from different classes, they will be expected at school at different times. For example, half of the school is for the first lesson, and the second - for the second. Each educational team will be assigned a strictly defined classroom, and only physics, chemistry, technology and physical education will be held in the traditional format. Moreover, physics and chemistry classrooms accept children only for laboratory and practical work. Different parts of the school will be assigned to certain parallels and children will be prohibited from moving from one part of the building to another. Up to the point that the interfloor doors will be closed during the change. They will try to minimize contacts of children in school canteens. Parents will not be allowed to school (unless absolutely necessary), and meetings will go online. Why such draconian, at first glance, measures? It's all about the coming wave of autumn-winter respiratory diseases among employees and students of educational institutions of the country. When children begin to massively get sick with SARS and even the flu, doctors will have to check everyone for COVID-19 in order to avoid a second wave of this infection. And to cope with this, for obvious reasons, will not work. Do many remember when they were diagnosed with the flu? Most often, doctors dispense with traditional ARVI, prescribe a sick leave, and that's it. Now this will not work, every child with a temperature will have to take an analysis, which is accompanied by many inconveniences: the same protective suit must be worn. In general, the most afraid of the beginning of the school year are not parents, not teachers, and even less schoolchildren, but doctors, who will have to pay close attention to each outbreak of SARS. In this regard, health care providers will eventually occupy an important place in the school hierarchy. For the first two weeks, a doctor will be on duty at every school in Russia, who will monitor compliance with safety standards, as well as teach the rules of behavior for teachers and children. In the future, it is planned to increase the staff of medical workers in schools and introduce them to the pedagogical council. In general, the appearance of doctors in the school life of the younger generation can only be welcomed, but where can we get such a number of doctors? Introduce new specialties to medical colleges and specialized universities? But these are steps for the future, but here and now, obviously, there are not enough doctors. Unless they are removed from other directions.

Until January 1, 2021, schools will turn into the most regulated institutions with an actual absence of traditional internal life. All events where children from different classes can meet (except for breakfast and lunch, of course), and even more so from different schools, are prohibited. Contests and competitions for gifted children were transferred to a distance format. And if you can still read the report on the invention on camera, then what about the Olympiad movement? There are only problems with the Olympiads. At the beginning of the year, the final All-Russian stage of the subject Olympiad was canceled for eleventh graders and each was awarded the status of a prize-winner. This is not only very prestigious, but also gives considerable bonuses when applying for budgetary places at universities. As a result, the correspondence prize-winners of the Olympiad, of whom, as expected, became much more, took many places in universities from applicants according to traditional schemes. Now there are four months (at least) of silence ahead, and it is still not clear how to organize a school-level Olympiad, let alone a city one. And this, we recall, has been a powerful tool for identifying talented children in the provinces since Soviet times, from which outstanding managers, engineers, doctors and so on often grow up later. 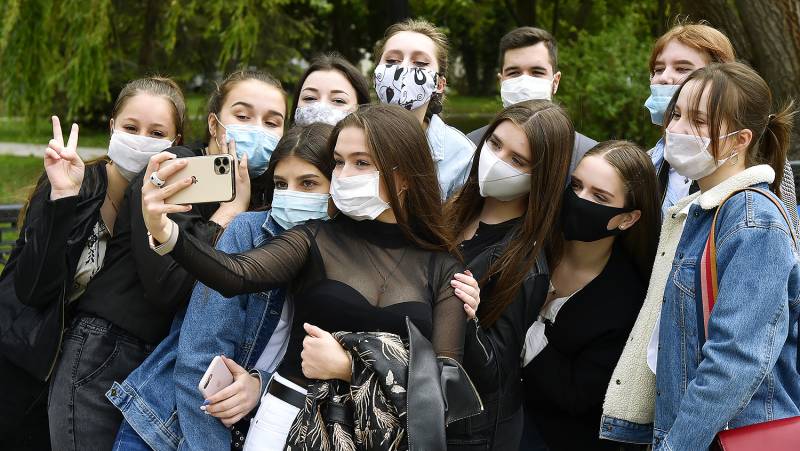 Source: gazeta.ru
Oddly enough, the main problem in the fight against the pandemic in schools was ... the notorious September 1. Traditionally, the academic year begins across the country on one day, which has even become a festive day in this regard. But COVID-19 is strongly opposed, as they say. There are enough regions on the map of the country that did not even leave the first stage of lifting restrictions: Irkutsk and Tomsk regions, Stavropol Territory and others. According to the requirements of Rospotrebnadzor, not only schools cannot be opened here, but you can also go in for sports on the street at a distance of 5 meters from each other. Of course, there is a postscript that the final decision on the opening of certain organizations is made by the regional leadership. But the situation in the country is very variegated in terms of COVID-19, and, probably, solving the pandemic problem in a uniform way for all will be wrong.

In this regard, the experience of Germany is indicative, where each subject (federal state) made its own decision on the children’s leaving for school. As mentioned above, the Germans begin to study in August, but everything is different. Someone, like the federal state of Mecklenburg-Western Pomerania, opens the doors of schools on August 3, and in Berlin, for example, children sit down at their desks only a week later. In Germany, many schools reopened two weeks late due to the tense atmosphere with COVID-19. German schools are flexible in responding to the challenges of infection, not being afraid to postpone the beginning of the school year. Time will show how effective the concept of September XNUMX in a pandemic will be for Russia.

Ctrl Enter
Noticed oshЫbku Highlight text and press. Ctrl + Enter
We are
Coronavirus COVID-19: threats, consequences, actionsInequality in education. Only affordable education will make Russia a strong state.
38 comments
Information
Dear reader, to leave comments on the publication, you must to register.