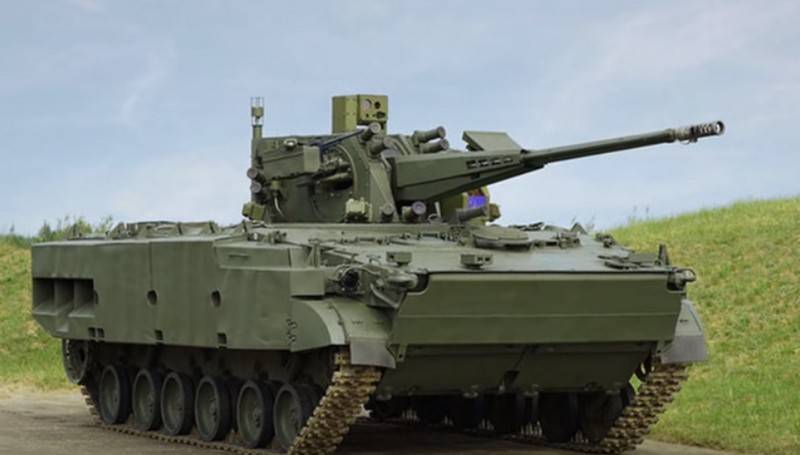 The new Derivation-Air Defense self-propelled anti-aircraft artillery complex will begin to enter the armed forces in 2022. Alexander Potapov, general director of the Uralvagonzavod concern, told TASS about this.


According to the general director of UVZ, preliminary tests of "Derivation-Air Defense" have been completed, the complex has shown excellent results in the fight against drones. Currently, state tests of the complex are underway, which are planned to be completed also in 2022. A pilot batch of machines is also being manufactured. Earlier, UVZ said that the enterprise is ready for serial production of machines.

Preliminary tests of the combat vehicle have been completed, including the confirmation of the possibility of combating drones of various types - from small-sized to heavy shock ones. Now a pilot batch is being manufactured. The first deliveries of the new anti-aircraft complex to the troops are scheduled for 2022.
- said Potapov.

The Derivation-Air Defense complex was first presented at the Army-2018 forum. The self-propelled anti-aircraft gun was created on the BMP-3 chassis, equipped with a module with a 57-mm automatic cannon.

The complex is designed to combat aviation and cruise missiles, aircraft, helicopters, unmanned aerial vehicles, as well as with single MLRS shells, it is also possible to use it against ground and surface lightly armored targets. The complex includes a combat vehicle with a high ballistic cannon, a maintenance vehicle and a 9T260 transport and loading vehicle, which can quickly reload a combat vehicle right on the battlefield.
Ctrl Enter
Noticed oshЫbku Highlight text and press. Ctrl + Enter
We are
The deadlines for the end of state tests of the ZAK "Derivation-PVO"Derivation-Air Defense News: Is Everything Going As Planned?
Military Reviewin Yandex News
Military Reviewin Google News
92 comments
Information
Dear reader, to leave comments on the publication, you must sign in.