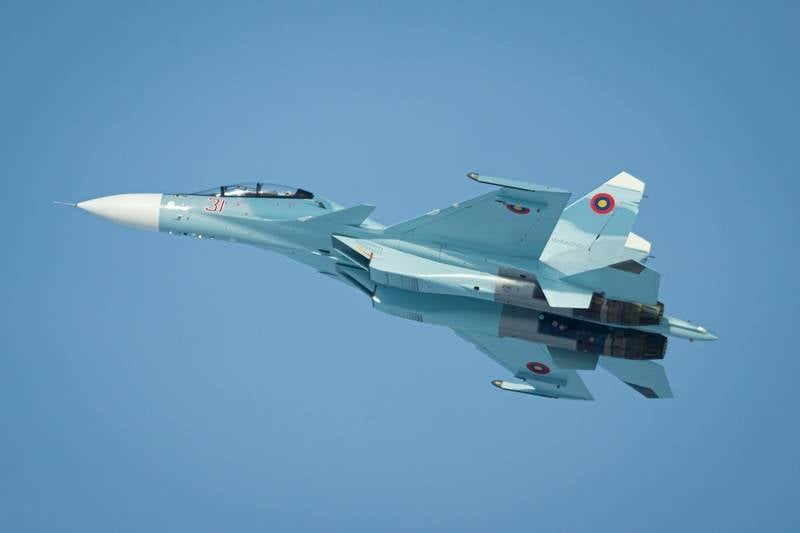 Armenia intends to purchase a new batch of Su-30SM multifunctional fighters from Russia, negotiations are already underway. The Minister of Defense of the Republic David Tonoyan stated this on the air of the Armenian service of Radio Liberty.

The acquisition of a new batch of aircraft is planned. Negotiations are underway
- he said.

Russia confirmed the fact of Armenia's intention to purchase another batch of Su-30SM, stating that the FSMTC is ready to discuss the supply of an additional batch of fighters with Yerevan.

Work with Armenian partners continues. The topic of the purchase of aircraft will be discussed if the Armenian side confirms its interest in this.
- Maria Vorobyova, FSMTC representative, said on August 23.

It should be reminded that currently, the Armenian Air Force is armed with four Su-30SM multifunctional fighters. The fighters arrived at the Erebuni airfield near Yerevan at the end of December 2019. Prime Minister Nikol Pashinyan then stated that it was "the main acquisition of Armenia in 2019". The delivery was carried out at domestic Russian prices.

In total, the Armenian Defense Ministry expects to receive 12 Su-30SM fighters. It should be noted that before the Su-30SM was received as part of the Armenian Air Force, the fighter aviation did not exist due to the lack of fighters. Only Su-25 attack aircraft were in service with the country's Air Force.
Ctrl Enter
Noticed oshЫbku Highlight text and press. Ctrl + Enter
We are
Pashinyan resignationReports from the militia of New Russia for 27-28 September 2014 of the year
Military Reviewin Yandex News
Military Reviewin Google News
123 comments
Information
Dear reader, to leave comments on the publication, you must sign in.