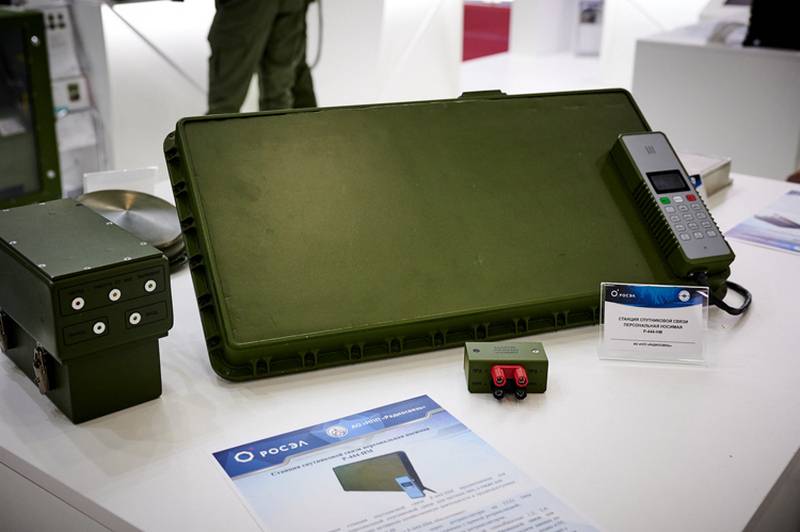 By the end of the year, the Russian Ministry of Defense will receive the latest compact satellite communication stations R-444-NM. This was reported by the press service of the Ruselectronics holding (part of Rostec).


According to the report, state tests of the new small-sized satellite communication station R-444-NM have been completed, and by the end of this year the station should be accepted for supply by the Russian Armed Forces. The new equipment makes it possible to organize a mobile communications network for special and civil purposes far from the telecommunications infrastructure. The complex can transmit speech, digital and text messages. Station deployment takes less than one minute.

The portable satellite communication station R-444-NM has weight and size characteristics one and a half times less in comparison with existing analogues due to the use of a phased antenna array. State tests of the new station have now been completed, the acceptance of equipment for supply is expected by the end of 2020
- Said the press service.

The R-44-NM satellite communication station was developed primarily for the Russian army, but can be used in other structures.

The station works with spacecraft in geostationary orbit and creates a mobile communications network on the ground for 255 users with a data transfer rate of up to 64 kbit / s
- said in "Ruselectronics".

The weight of the kit does not exceed 7,5 kg. The station includes a control panel built into the handset, a compact flat monoblock, including an antenna module and a modem. The battery provides the station operation in duplex mode for 4 hours.