Had 6 hours of practical driving: the details of the investigation into the death of the M2A3 Bradley driver were announced in the USA 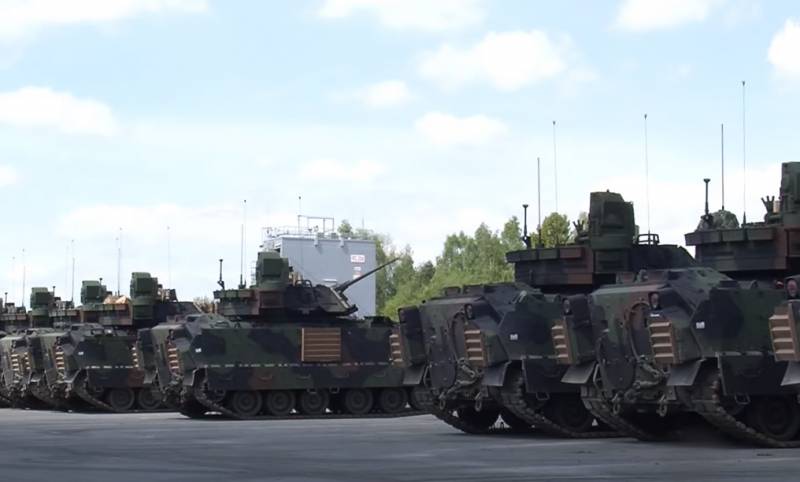 The US military has decided to reform the training program for armored vehicle drivers and to dismiss three junior commanders at the Humphries base in South Korea.


This is the reaction of the command after investigating the specific reasons for the death of 20-year-old American serviceman Nicholas Panipinto. The soldier died last year while driving a Bradley combat vehicle at the said American military base during routine training. Then two more American soldiers were injured and injured.

During the investigation, it turned out that Panipinto at that time had only six hours of practical driving of a combat vehicle - before being sent to South Korea.

The mother of the deceased soldier says that the firing of three junior commanders at Humphreys is a "scapegoat":

Senior command is unwilling to be held accountable when tragedies occur. Three representatives of the lower command staff were thrown under the rink, and they themselves want to evade responsibility.
The mother of the deceased soldier claims that he did not even have time to get a certificate for the right to drive the M2A3 Bradley.

Additionally, it turned out that on the day of the tragic incident, there were serious problems with sending the wounded Nicholas Panipinto to the hospital. The dispatch took place only two hours after the accident with the armored vehicle. The reason, as stated, was that the M2A3 Bradley had a faulty communications system. And the helicopter, which was supposed to transport the seriously injured soldier, initially delivered him to the wrong place.

From the report of the US Congressional Research Committee:

32% of deaths in active military service between 2006 and 2018 were the result of accidents. During hostilities - 16%.
Ctrl Enter
Noticed oshЫbku Highlight text and press. Ctrl + Enter
We are
Reports from the militia of New Russia for 27-28 September 2014 of the yearYuri Drozdov: Russia prepared the role of the sacrificial calf
Military Reviewin Yandex News
Military Reviewin Google News
63 comments
Information
Dear reader, to leave comments on the publication, you must to register.