August 8 2012
19
The 44 mm D-85 anti-tank gun was designed at the design bureau of Plant No. 9 (Uralmash). This gun can hit Tanks, armored personnel carriers, self-propelled artillery pieces, as well as other enemy armored vehicles. It can also be used for firing on armored caps, embrasures of wood and long-term points, destruction of manpower and firepower located behind light shelters or outside shelters.

The constructive layout of the gun had a classical scheme: the barrel and bolt superimposed on the carriage. 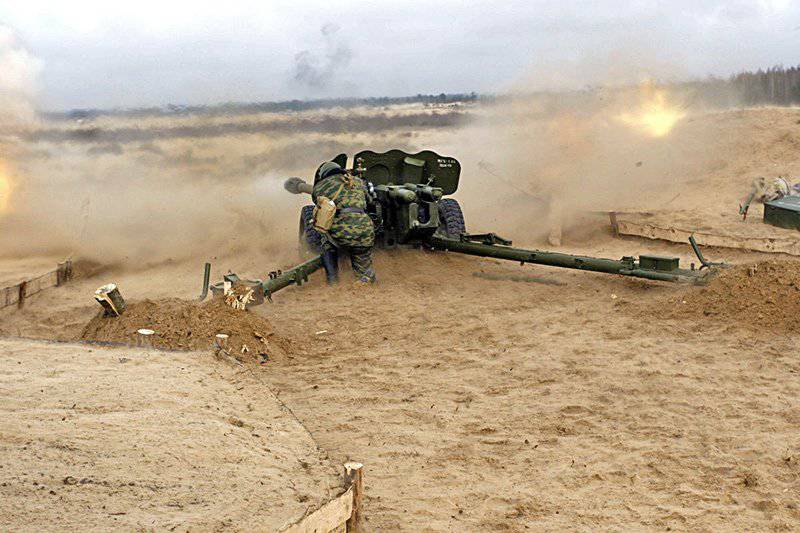 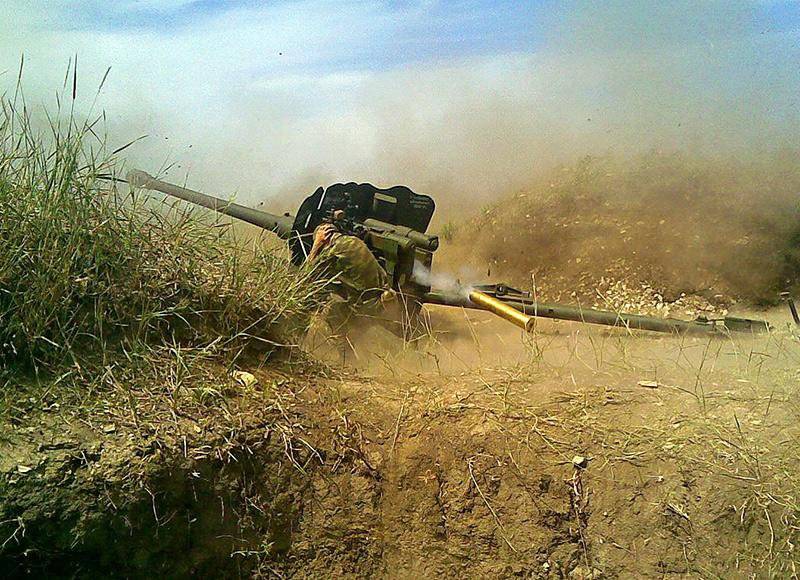 The barrel is a monoblock pipe having a two-chamber muzzle brake, couplings and breech holders. Gun carriage includes: anti-recoil devices, a balancing mechanism, a cradle, guidance mechanisms, an upper machine, a lower machine has a cushioning, wheels, beds, aiming devices and shield cover.

An active muzzle brake, which is a massive hollow cylinder, is screwed onto the muzzle of the barrel. The windows (holes) are made on its generatrix. Copier wedge semi-automatic shutter is designed to lock the barrel, the shot. To make the first shot, the shutter opens manually, later, after each shot, the shutter opens automatically. The cradle is a cylindrical cast oboymennogo type, with the roll forward and roll back guides the trunk. The composition of the recoil device includes pnvmatichesky knurled and hydraulic recoil brake. The cradle is fastened by welding the holder with sockets in which the pins are used to connect with the upper machine. The frame (upper machine) serves as the basis for the swinging part of the gun. Nitrogen or air is pumped into the balancing mechanism. The normal pressure of nitrogen (air) in the balancing mechanism: when the swinging part is fixed in a traveling manner from 54 to 64 kgf / cm2; at the highest elevation angle which is 35 ° from 50 to 60 kgf / cm2. The balancing mechanism to create a hydraulic lock is poured 0,5 liters of spun AU oil. In the balancing mechanism, the pressure is regulated by a compensator when the air temperature varies from -20 ° to + 20 ° С.

The balancing mechanism with a compensator is filled with spun AU oil (0,6 liters). On the swinging part, on the left, there are screw guidance mechanisms (swivel and lifting), shield cover and balancing mechanism. On the supporting shield, which is rigidly fastened to the lower folding, rear and front armor plates and frame, was placed the rotating part of the gun. On the shield are mounted torsion suspension suspension system. The combat axis is made up of two straight semiaxes. Reinforced wheels from GAZ-AA, had tires GK. SD-44 hollow sliding beds have openers at the ends. They are pivotally connected to the carrying shield. 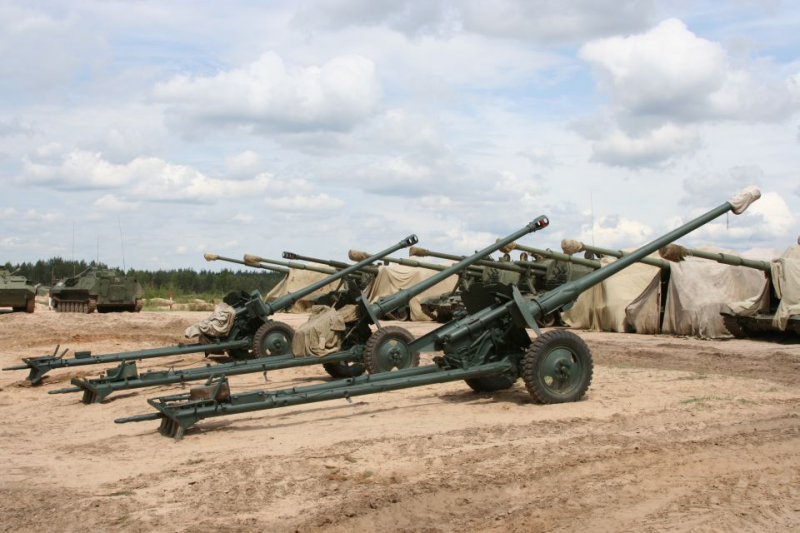 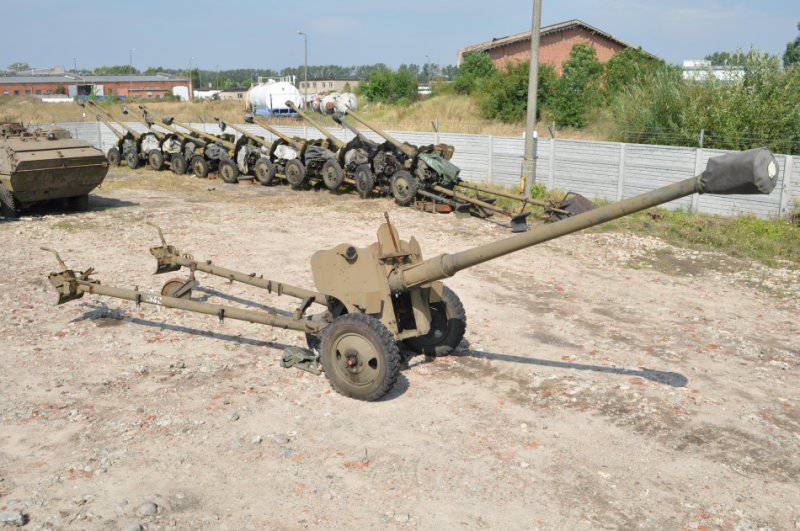 Ammunition to the anti-tank gun D-44:

For rolling on the positions manually, under the trunk part of the gun, they substitute a special roller fixed in the stowed position and carried on the beds.