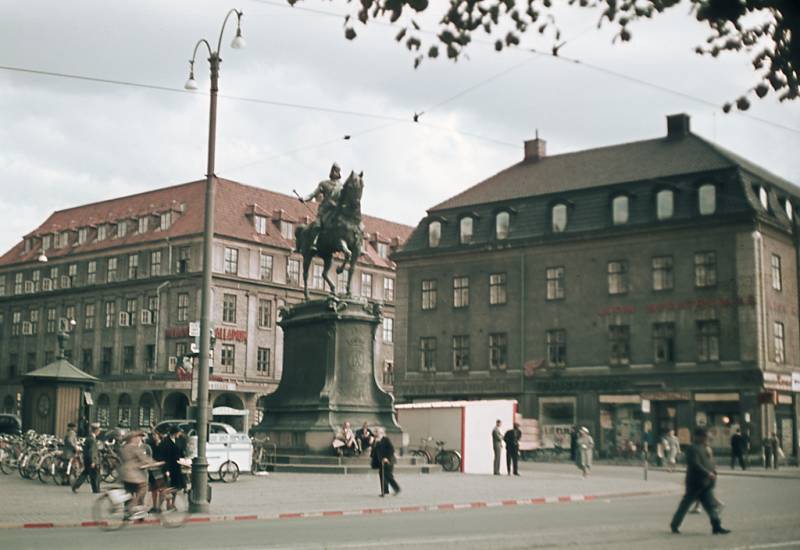 Gothenburg in 1943. An unusually calm place

Despite the fact that during the Second World War, Sweden was surrounded on all sides by occupied and involved in the war countries, it surprisingly remained neutral. This Swedish neutrality, proclaimed by the Prime Minister of Sweden Per-Albin Hansson on September 1, 1939, has never received a clear explanation. It was perceived rather as a fact that had arisen by itself. Sweden's secretary of state for foreign affairs, Eric Boheman, attributed neutrality to a combination of Swedish determination to resist invasion and the success of Swedish diplomacy.

However, the answer to this question sounds simple, but indecent: for lack of need. So Hitler decided. There were good reasons for this decision.

Deficit of coal and oil

When planning a war in Europe, the Germans very carefully assessed the position of each country that was or could be in the sphere of their military plans. Various statistics were collected, conclusions were drawn about how strong a particular country is, whether it can fight and whether there is something to profit from. Of course, Sweden also became the object of close attention - if only because Swedish iron ore made up a very significant part of the raw materials for the German iron and steel industry. Of course, they could not bypass such an important issue, which was given the greatest attention to the point that Hermann Goering, personally authorized for the four-year plan, was engaged in the extraction of ore and the smelting of pig iron and steel.

It is interesting to note that in this report the Soviet attack on Sweden with the aim of capturing or bombing the main Swedish iron ore basin in Kirunavar in the north of the country was taken as the main version of a probable war. 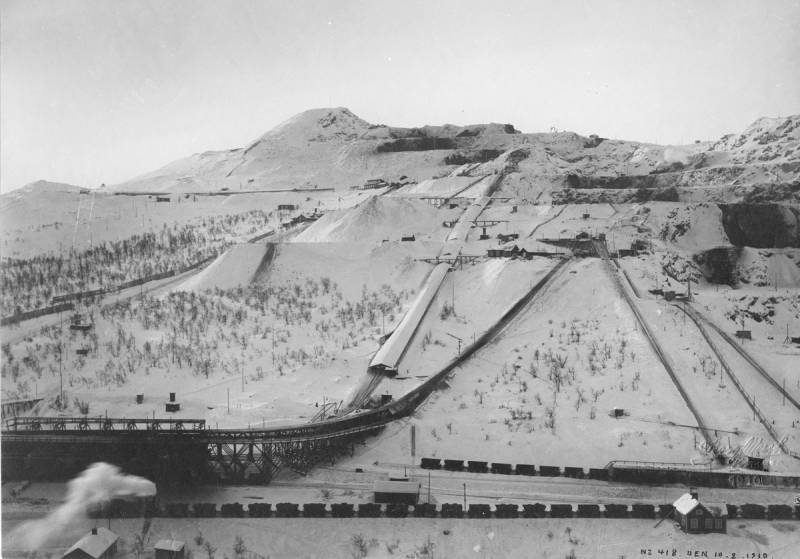 The mine on Mount Kirunavara was distinguished by sophisticated mining technology and high mechanization
Why they thought so, the report did not say. There were probably some reasons for this point of view, but the Germans were interested in whether Sweden would withstand a possible war or not. It was important. The document bore the infrequent stamp “Geheim! Reichssache! " That is, the case was of imperial importance.

What did the Germans learn from their analysis?

But the industry was very bad in Sweden.

Fourth, here you can add data from the work of the Swedish researcher stories Swedish imports of coal (Olsson S.-O. German Coal and Swedish Fuel 1939-1945. Göteborg, 1975): in 1937, Sweden produced 461 thousand tons of coal (similar in quality to brown coal) and imported 8,4 million tons of imported quality coal. In 1939, production amounted to 444 thousand tons, and import amounted to 8,2 million tons.

Or in more detail - by the nature of the fuel in the coal equivalent.

The Swedish data differ somewhat from the German data, which can be explained by the incompleteness of the statistical data available to German researchers in 1938, but the picture is the same. Sweden covered 29,8% of fuel consumption with its own production. This despite the fact that they burned a lot of firewood: 26 million cubic meters. feet, or 736,2 thousand cubic meters.

The Germans made a completely unambiguous conclusion from all this: "Deficit of coal and oil is of decisive military-economic importance" (p. 74).

The German militarists could not continue. A country completely without oil and with clearly insufficient coal production and very little steel smelting could not fight. Various endeavors like development tank L-60 (282 vehicles were delivered to the Hungarian army, 497 vehicles of various modifications were delivered to the Swedish army), could not compensate for the general weakness of the Swedish economy.

Therefore, there could be no talk of any war, especially with Germany. Germany did not need to fight with Sweden, since the German fleet could well block the main Swedish ports located in the southern part of the country, mainly on the Baltic Sea coast. Then it was only necessary to wait for the economic collapse.

But the Germans did not even do that. Interestingly, already during the war, in January-June 1940, Sweden received 130 thousand tons of coke from Great Britain, 103 thousand tons from the Netherlands, and from Germany - 480 thousand tons (Olsson, p. 84), that is, to trade with both the warring parties were not prohibited. Only from April 9, 1940, when the blockade of the Skaggerak Strait was established, did the Swedes completely switch to German coal and coke.

The Swedes had nowhere to go

Sweden, like other continental neutrals such as Switzerland and Spain, retained their status mainly due to the agreement with Hitler. This agreement, of course, was. Its main content boiled down to the fact that Sweden is not at war, but trades with Germany and her allies with all her might on a wide range of imports and exports, not just coal and iron ore.

The reasons for the Swedish compliance on the Swedish side were, of course, in the understanding that they would not stand up to Germany completely, they would quickly be defeated and occupied. Therefore, the policy of the Swedish government was to buy off Germany, although measures were taken to increase the army, train soldiers and officers, and build fortifications until the adoption of a five-year defense plan in June 1942. On the German side, Hitler had a better plan than a direct invasion of Sweden. The occupation of Norway was still an important part of solving Germany's military-economic problems. Before the war, the main part of Swedish iron ore went through the Norwegian Narvik - 5530 thousand tons in 1936; the rest of the Swedish ports in the Gulf of Bothnia: Luleå - 1600 thousand tons, Gälve - 500 thousand tons, Ukselosund - 1900 thousand tons. The ore went to the German port of Emden (3074 thousand tons), as well as to Rotterdam (3858 thousand tons), from where the ore was delivered up the Rhine to the Ruhr metallurgical plants. 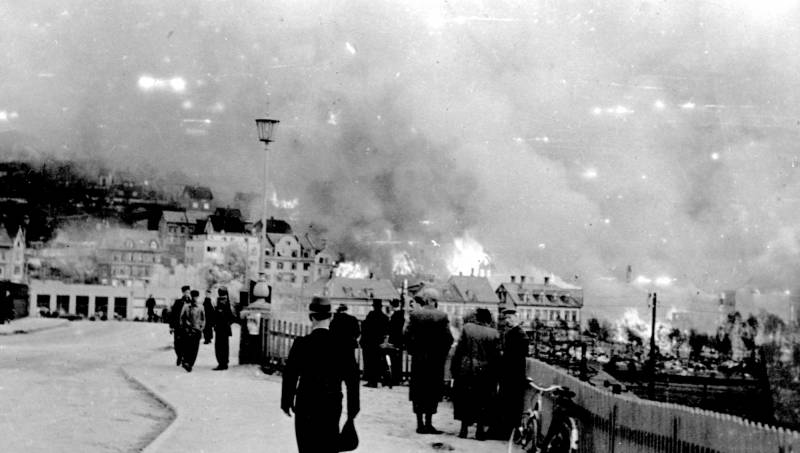 German raid on Narvik, June 1, 1940, eight days before the Allied evacuation
Narvik was a very important port for Germany, of true strategic importance. Capturing and holding it was supposed to ensure the supply of Swedish ore to Germany, as well as prevent the British, using Narvik as a base, to land in Norway and capture the bulk of the Swedish iron ore. A report from the Imperial Office of Defense Planning for Sweden said that without Swedish and Norwegian iron ore, Germany would be able to use only 40% of its metallurgical capacity. The occupation of Norway solved this problem.

However, since Norway is occupied and the German fleet controls the Norwegian coast of the North Sea and the entrance to the Skaggerak Strait, then Sweden is completely cut off from the outside world, for navigation it has only the Baltic Sea, that is, in essence, Germany, and it is forced to follow the fairway of German military-economic policy.

Therefore, Hitler decided to leave everything as it is. All the same, the Swedes have nowhere to go, and their policy of neutrality at any cost was even beneficial, since it saved Germany from the need to allocate occupation troops for Sweden.