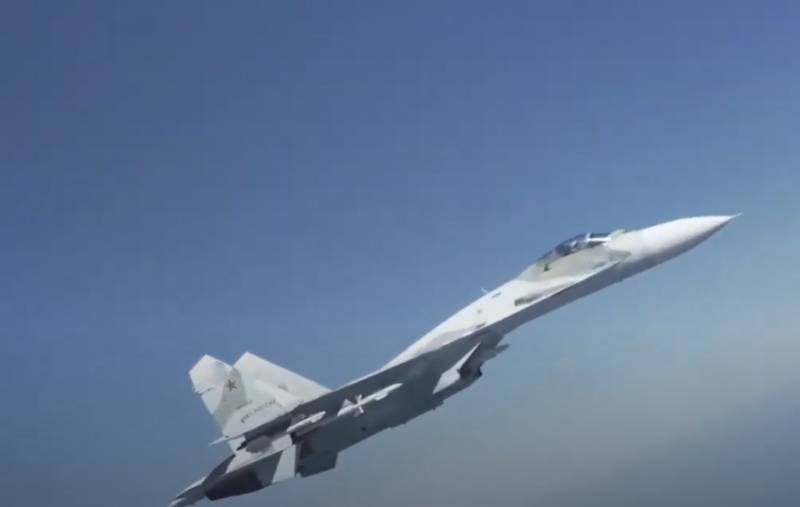 Some details have appeared in the press about the incident with the Su-27 fighter, which crashed in March this year during a scheduled flight. Recall that the incident happened on March 25. Then (at about 8 pm) the Su-27SM plane disappeared from the radar screens about fifty kilometers from Feodosia. A few minutes later, an emergency beacon signal was received. For several days, the military and other services searched for the pilot.


Today it is reported about the conclusions reached by the investigation team.

As reported on the TV channel "Star", the fighter fell due to the explosion of the rocket engine on the trajectory of its descent. This statement was made by the head of the flight security service of the Armed Forces of the Russian Federation, Sergei Bainetov.

At the same time, exact data on why the rocket engine was blown up is not presented at the moment.

Recall that the wreckage of the fighter was discovered and raised from the bottom of the Black Sea. The aircraft was piloted by Captain Dmitry Zavorokhin, a senior pilot of the 1st air squadron.
Ctrl Enter
Noticed oshЫbku Highlight text and press. Ctrl + Enter
We are
Reports from the militia of New Russia for 27-28 September 2014 of the yearYuri Drozdov: Russia prepared the role of the sacrificial calf
Military Reviewin Yandex News
Military Reviewin Google News
76 comments
Information
Dear reader, to leave comments on the publication, you must to register.