Prevent the offensive of the Armed Forces of Ukraine: Pushilin's promises 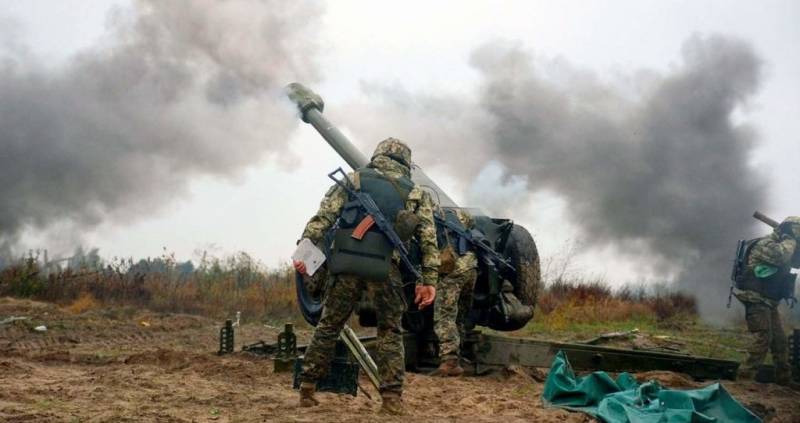 Is the truce over?

Despite the unprecedentedly long ceasefire (for the first time in the war, the people's militia irrevocably lost one soldier in a month), in Donetsk they are seriously talking about an imminent exacerbation. Moreover, the DPR may be the initiator of the ceasefire violation. On Friday, August 28, the head of the republic, Denis Pushilin, appealed to the Armed Forces of Ukraine with a demand to retreat to the positions that the Ukrainians occupied at the time of the beginning of the truce. Otherwise, in Donetsk, they threaten to raze their positions to the ground.

“I must warn you that the Ukrainian side in the coming days should take active steps to eliminate the violations committed and, no later than September 3, 2020, return the positional disposition of troops and fortifications to the state of July 22, 2020. An appropriate act on this should be drawn up in the JCCC (with the approval of the OSCE SMM with its consent). If such an act is not presented to me by 22:00 on September 3, 2020, I will have to resort to at least and, guided by clause "e" of the Additional Measures, in order to prevent further offensive actions of Ukraine in terms of advancing its positions and fortifications in our direction issue an appropriate order for the people's militia units to destroy the trenches and shelters of the VFU, retrofitted or newly created after the signing of Additional Measures to Strengthen the Ceasefire on July 22, 2020 ",
- said Pushilin.

The head of the DPR also promised that the republic would warn the command of the Armed Forces of Ukraine about the operation to destroy new fortifications so that they could evacuate personnel.

This courtesy manner of "I'm going for you" amused the Donetsk blogger Anatoly Gelyukh, who considered such courteousness unnecessary:

“I must say that there was no history a more humane and kind army than ours. Unless, of course, we do not give the back and do what we said. At stake is the word of the current head of the DPR. "

Words out of the way?

The statement is really loud and very responsible. Such warnings can only be made when you have a mandate to implement them. Otherwise, you can say goodbye to the remnants of authority both in the republic and far beyond its borders. It is noteworthy that Lugansk did not support the ultimatum. In the neighboring republic, indignant dispatches are again sent to Kiev, in which they complain about the shelling from a small weapons positions of NM LPR under Golubovsky. Given the lack of reaction in Kiev to such appeals sent in connection with the murder of the LPR defender by a Ukrainian sniper, one can only be surprised at such humility.

However, the Luhansk telegram channel "2.Infantry", close to the power circles, claims that the command in Luhansk can pleasantly surprise the Ukrainians.

“Judging by the fact that the head of the LPR simultaneously with the head of the DPR did not make any such statements, in our case, in Luhansk, no one will burn anything and mix it with the soil. It's just that one morning the Gorynych will fly again, and then very angry separatists will jump into the freshly dug trench. And this will already be their trench, and not the trench of the "warriors of light". As it was in the winter in the case of the "Pool". Dig, dear partners. Dig deeper and closer ",
- the resource writes.

It is extremely doubtful that Kiev would agree to such a bold and at the same time loud statement. Most likely, if the Ukrainian media write that the Armed Forces of Ukraine, at the request of the "leader of the DPR", retreated from their already settled positions, they will smoke car tires under Zelensky's office on the same day. There is no doubt that Ukrainian nationalists and the war party will declare such a decision a betrayal of national interests. The question is to what extent Zelensky and his team are ready to butt opponents.

The "young team" of the Ukrainian comedian no longer hides that it would gladly end the expensive and frightening war in Donbass, which scares potential investors away, in order to complete the process of the final cutting and disposal of the state of Ukraine without unnecessary hindrances. So, the ex-head of the Ukrainian Foreign Ministry, and now the ambassador to the UK, Vadim Prystaiko, called on Zelensky to temporarily abandon negotiations to restore territorial integrity, "realizing the limitations of our capabilities." Will Zelensky decide on a similar scenario?

Be that as it may, since Donetsk has decided on an ultimatum, it means that someone is behind this step (as well as behind the whole truce and the "regime of increased combat readiness"). The republic has made its move, and the opportunity to pretend that nothing happened is gone. Now the word is for Ukraine, which will either have to fulfill the terms of the truce, or once again plunge the line of demarcation into chaos. Let's see what Kiev chooses.

A boring week awaits us.

Ctrl Enter
Noticed oshЫbku Highlight text and press. Ctrl + Enter
We are
Strange monitoring and double standardsWhat you didn't want to know about England
36 comments
Information
Dear reader, to leave comments on the publication, you must to register.