Phantom pains of the empire. Whose lands Tokyo sees as its own 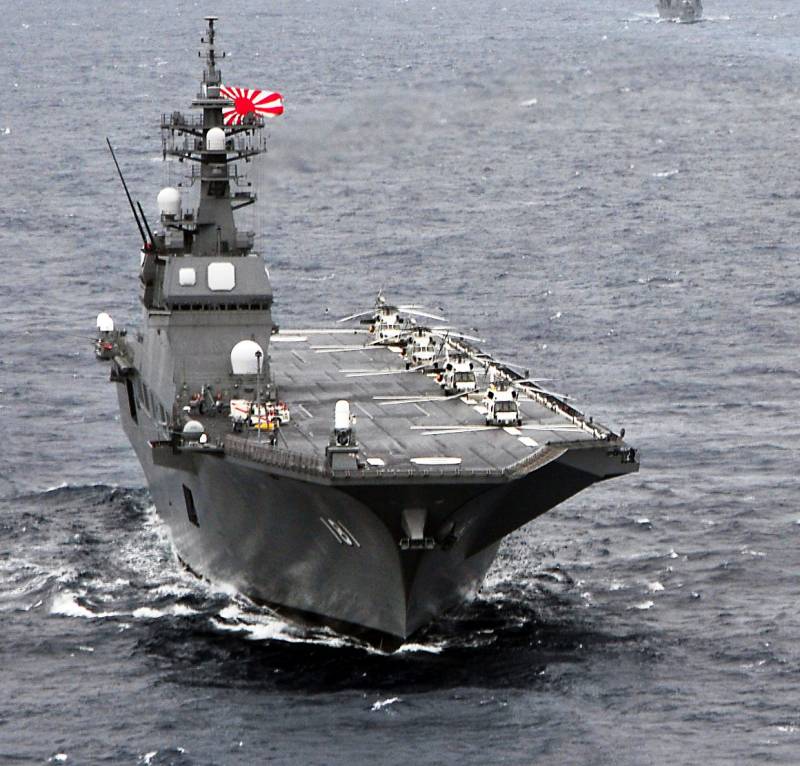 The Japanese Prime Minister Shinzo Abe, who made the decision to resign, among many other unfinished business, leaves to his successor the problem of the “northern territories,” as our Kuril Islands are called in Tokyo. No matter how hard this political long-liver, who managed to hold on to his post for about eight years, fought, he did not manage to move this territorial dispute off the ground - at least in the direction that suits the Japanese side. However, like a number of similar conflicts that the Land of the Rising Sun has with other countries.


The Kuril Islands, lost after their defeat in World War II, are by no means the only "sore spot" for Tokyo. The state, which has pursued an imperial expansionist policy for centuries, today does not get tired of claiming its rights to a number of territories, which it continues to consider as its own, despite the opinion of other countries. For the most part, these are small plots of land lost in the sea, but having a rather high value for one reason or another.

Basically, similar disputes are waged between Japan and its closest neighbors in the Asia-Pacific region. The stumbling block in relations between Tokyo and Seoul is the islands in the Sea of ​​Japan, which the Koreans call the Abandoned (Dokdo), and the Japanese call Bamboo (Takeshima). On international nautical maps, these geographic features are marked as Liancourt rocks. In Seoul, opponents are blamed for the fact that they seized these islands before capturing all of Korea in general, while Tokyo refers to the decisions of the United States, in 1951, when concluding the San Francisco Peace Treaty, dividing the land and waters there between Asian countries as their own.

Be that as it may, in 1952, Korean troops landed on Dokdo (Takeshima), thereby securing their rights by force. Today there is a lighthouse and a small contingent of police guarding it to see if the Japanese are coming. As a matter of fact, the islands are of value only as a starting point for the territorial waters of the countries leading disputes and their exclusive economic zones, as well as as a "gateway" to the South China Sea. However, there is evidence of the presence of large deposits of gas and oil in those places.

At present, the conflict is being conducted exclusively in the information and diplomatic plane, sometimes reaching completely anecdotal episodes. Okay, it was only about such moments as the official protest expressed two years ago by Tokyo over the raising of the Korean flag with the image of the disputed islands at one of the hockey matches. But a similar diplomatic demarche taken in all seriousness over the chocolate image of this country on the mango dessert served during the international summit! It looks like an overkill.

In turn, China has very significant claims to Japan. First of all, they relate to the Senkaku archipelago (Japanese version) or Diaoyu (Chinese name) in the East China Sea. Eight little islands sticking out of the water, the total area of ​​which barely exceeds six square kilometers, and the passions are very serious! The reason, again, is in the nearby richest hydrocarbon deposits and the presence in the local water area of ​​significant reserves of commercial marine life. The parties poke each other under the nose of various ancient maps and manuscripts, trying to prove whose ancestors set foot on the mentioned islands first.

The end-point of the dispute is not in sight, while in Beijing they have recently begun to put forward similar claims regarding the Ryukyu archipelago, seeing in it “primordially Chinese lands”. The fierce conflict around the island of Okinotori also continues. No, in the Celestial Empire they do not consider it their own, but they flatly refuse to recognize it as an island. They claim that this is just a rock, and Tokyo's attempts to establish its own exclusive two-hundred-mile economic zone around it have absolutely no basis.

Among other things, Tokyo has “land issues” in Antarctica. At one time (to be precise, in 1939), the Japanese side officially announced that it was claiming a rather large "piece" of the local territories: from 80 to 150 degrees West longitude. After defeat in 1945 with the conclusion of the relevant international peace treaties, Japan formally renounced these claims. However, today they are hinting that it would be better to give these ice-covered lands and waters (which no state claims anyway): after all, only high Japanese technologies can make it possible to get to the wealth hidden in their depths.

As you can see, the country is small, but it has big claims. At one time, many in the world feared that the amendments to the law on the Self-Defense Forces adopted in 2015 by the Japanese parliament might prompt some in Tokyo to try to use force to satisfy them. Fortunately, this has not happened yet.