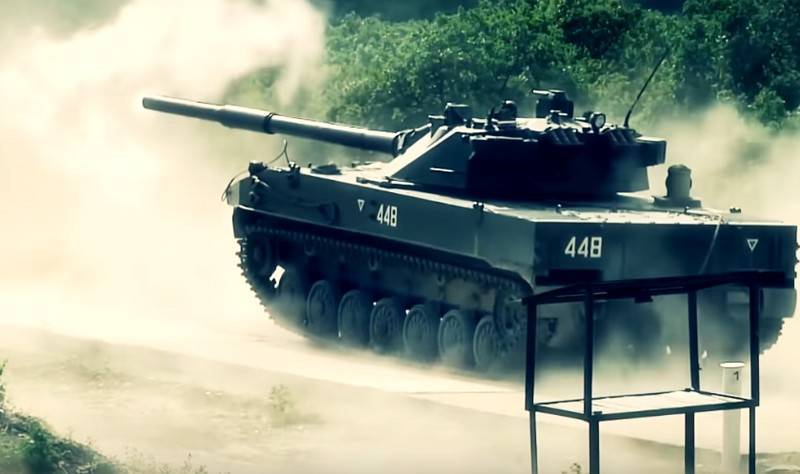 Russian light floating a tank Sprut-SDM1 has become interested in the Middle East. According to the chief designer of the Special Design Bureau of Mechanical Engineering (SKBM, part of the Kurganmashzavod structure of the Rostec state corporation) Sergei Abdulov, one of the countries in the region has already submitted an application for the purchase of the tank.


According to Abdulov, one of the countries of the Middle East is a potential customer of the Sprut-SDM1 light tank; it has already submitted an application. Several other countries are expressing interest in the tank, but the matter has not yet reached a substantive discussion. Which country wants to buy Sprut-SDM1 is not reported.

So far, one of the countries of the Middle East is showing substantive interest, but work is being done in several regions.
- he said.

Recall that on August 21 this year, the press service of Rostec announced the start of state tests of a new light amphibious tank Sprut-SDM1, which will last a year and a half. At the end of the tests, the vehicle will be recommended for adoption by the Russian army.