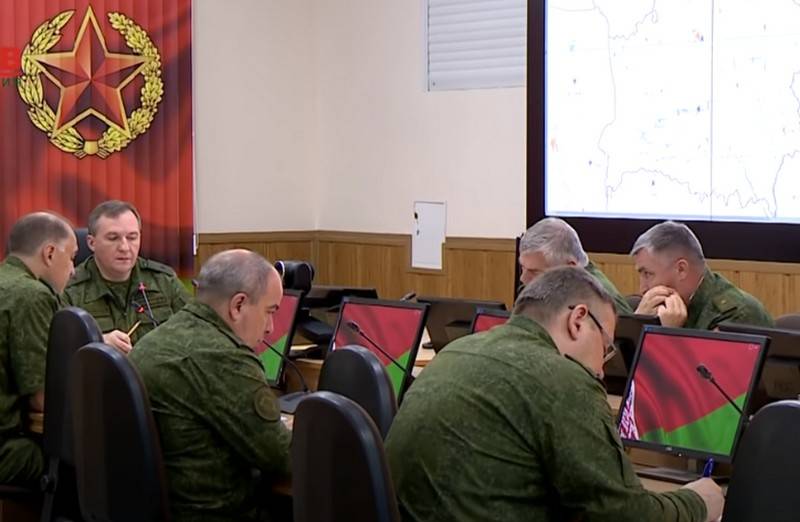 The Belarusian army began complex tactical exercises in the Grodno direction. According to the press service of the Ministry of Defense of the Republic of Belarus, a consolidated group of troops was involved in the exercises.

Under the leadership of the commander of the forces of the Western Operational Command in the Grodno tactical direction, a comprehensive tactical exercise with a consolidated group of forces is being conducted
- stated in the military department of the Republic of Belarus.

During the exercise, combat training and reconnaissance will be conducted. Units of the 465th missile and 336th rocket artillery brigade will be on duty.

Earlier, President of Belarus Alexander Lukashenko said about the threat of external interference in the internal affairs of the republic from NATO. Against this background, Minsk decided to check the combat readiness of the armed forces, and to bring individual military units to the highest degree of combat readiness.

In turn, NATO spokesman Oana Lungescu said that the alliance's presence in Eastern Europe is strictly defensive and does not pose a threat.
Ctrl Enter
Noticed oshЫbku Highlight text and press. Ctrl + Enter
We are
Alexander Lukashenko wants to give dynamism to the “Union of Seven”The old RRF is not needed in the hut
Military Reviewin Yandex News
Military Reviewin Google News
37 comments
Information
Dear reader, to leave comments on the publication, you must to register.