The newest low-noise Chinese submarine Type 096 is ready to go to sea: in the USA it is considered a copy of the American submarine 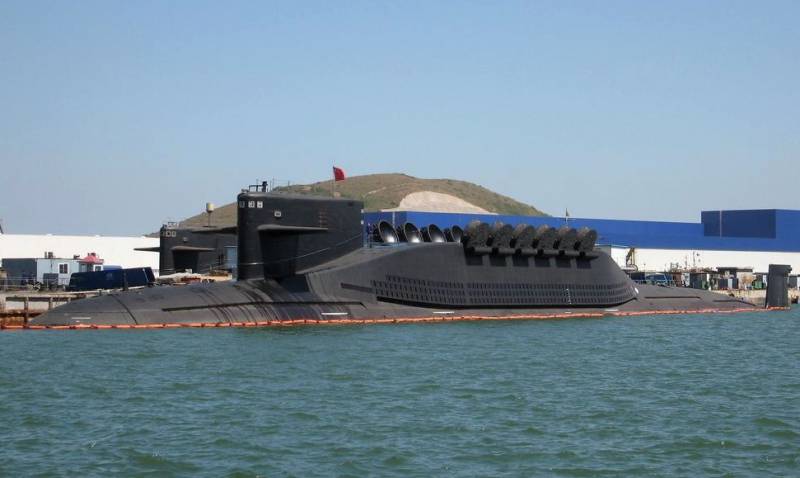 Development of modern underwater fleet is one of the main strategic objectives of China. According to Sohu, the newest Type 096 low-noise submarine is currently ready to go to sea.

The most powerful Chinese submarine

There is no doubt that in recent years, the PRC has made quite significant progress in the field of creating its own naval equipment. Thus, the aircraft carrier "Shandong", the destroyer with guided missiles Type 055, was presented, but the strategic missile nuclear submarine Type 096 until recently remained a real mystery. She was often talked about, but the Chinese military department was in no hurry to spread information about the submarine.

The Sohu publication highlights the advantages of the Type 096 submarine over the previous generation of PRC class 094 nuclear submarines. According to Sohu authors, the Chinese submarine of the 096 class has reached a level comparable to the latest generation submarines of other great maritime powers.

The submarine's combat power is based on the ability to launch long-range intercontinental ballistic missiles, which can attack any enemy targets at a distance of thousands of kilometers. Thus, the latest submarine can be regarded as a reliable tool for strategic deterrence of the enemies of the Celestial Empire.

According to Sohu, the newest boat is about 150 meters long and 20 meters wide, and has a displacement of 16 tons when fully loaded. The submarine's hull is extremely pressure resistant.

The newest submarine or a replica of a 40-year-old American boat?

Maxim Starchak, a researcher at the Center for International and Defense Policy at Queens University, calls the developed Chinese submarine 096 class an analogue of the American Ohio class submarine. But Ohio class submarines were produced from 1981 to 1997, that is, 25-40 years ago.

Another expert, Managing Director of the FerryBridge Group Brian McGrath, claims that China's nuclear submarine program lags far behind other programs in the PRC's naval industry. This is explained, according to McGrath, by the long-term lack of attention of the Chinese leadership to the design and construction of nuclear submarines: for twenty years, the construction of submarines was not considered a priority in the naval industry.

In addition, the creation of submarines requires significant technical efforts, which are not always within the power of Chinese specialists. As for borrowing technology from other states, it takes a lot of time for the United States to explore the latest technological secrets.

In addition, a distinctive feature of the submarine 096 will be its low noise compared to other submarines. In addition, there is no doubt that in the foreseeable future, China will continue further research in the development of the capabilities of its submarine fleet. Moreover, the confrontation between China and the United States in the Asia-Pacific region will only grow in the coming years, and the Celestial Empire should have reliable forces to respond to the Americans.

Ctrl Enter
Noticed oshЫbku Highlight text and press. Ctrl + Enter
We are
China showed J-15 fighter flights from the deck of the new Shandong aircraft carrierReports from the militia of New Russia for 27-28 September 2014 of the year
Military Reviewin Yandex News
Military Reviewin Google News
36 comments
Information
Dear reader, to leave comments on the publication, you must to register.