Kiev "freezes" contacts with Minsk. This can lead to the recognition of the Republic of Crimea by the Russian 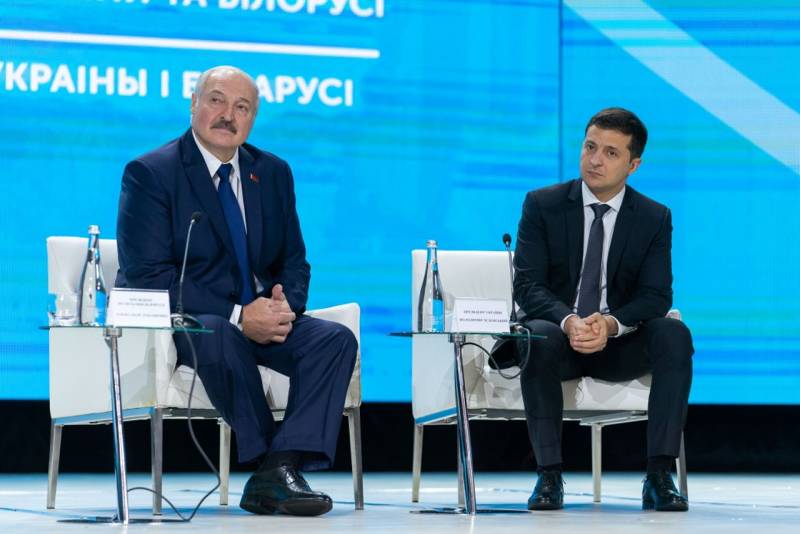 We put on pause all contacts with Belarus. We are now monitoring the development of the situation.
Some time before Kuleba's statements to the Ukrainian Foreign Ministry for the first time in stories the Ukrainian ambassador to Belarus was summoned "for consultations". The messages said that the ambassador was recalled for consultations "in connection with the policy of the Belarusian leadership."

The question arises, what is the threat of the freezing of contacts with Belarus for Ukraine itself?

Considering that Alexander Lukashenko will not leave this Kiev demarche unanswered, we can assume that such a response will also affect the economic relations between Kiev and Minsk. The authorities of the Republic of Belarus may well suspend the supply of fuel to Ukraine, which was significantly cheaper than the one offered to Kiev by its European "partners".

If the pressure from Ukraine, the Baltic states and Western countries on Minsk continues, then this may lead to such a step by the Belarusian authorities as the recognition of Crimea as Russian. In fact, today the Ukrainian authorities themselves are pushing the official Minsk to make such a decision. And this is taking into account the fact that after the Kiev Maidan, Lukashenka pursued a completely loyal policy towards those people who came to power in Ukraine.
Ctrl Enter
Noticed oshЫbku Highlight text and press. Ctrl + Enter
We are
Reports from the militia of New Russia for 27-28 September 2014 of the yearDecember 2010 years. Russian March. Senseless and merciless? Notes not a Russian person
179 comments
Information
Dear reader, to leave comments on the publication, you must to register.