Derusification of Ukraine. Real result in photos from Kiev streets 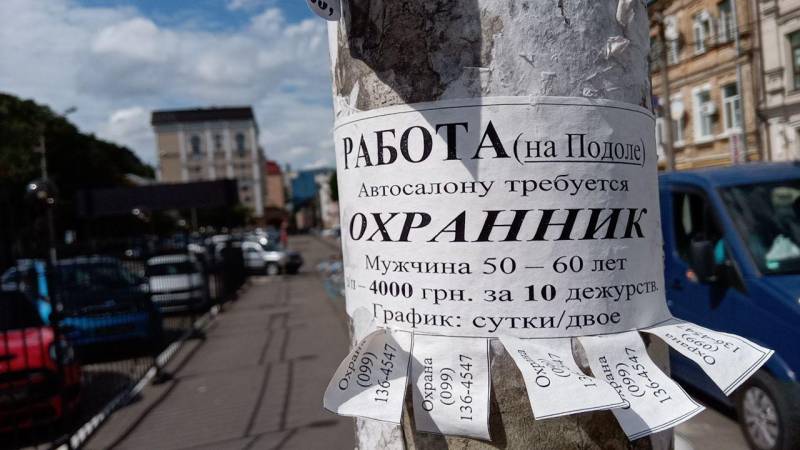 The real war, declared to the Russian language by the "post-Maidan" authorities of Ukraine, has become one of the cornerstones of its domestic policy. As if there are no other problems in the country. The resources, administrative, financial and media, thrown into this business are simply colossal. And the result? I invite you to familiarize yourself with the specific results of forced Ukrainization using the example of specific photographs taken the day before.


Kiev was chosen as the control region. This is central Ukraine, which does not suffer from special nationalist "quirks" of the West, but it is also not as unambiguously Russian-speaking as its East. At first glance, in the capital of the “nezalezhnoy” language of the “aggressor country” (as Russia is called by the “patriots” who feed on power here) there is no and cannot be any place. Yes, you won't find Russian-language signs, signs or price tags in stores here now. The fines imposed for such things at the legislative level are too high, and no one needs problems with possessed nationalist activists.

The law of Ukraine “On ensuring the functioning of the Ukrainian language as a state language”, specially adopted for “coercion to move”, leaves no room for maneuver. For example, its norm, which came into force since the beginning of this year, on a complete ban on any external (or placed on the Internet) advertising in the "wrong language" provides for a repeated violation of it with a fine of 3,4 thousand hryvnia (more than 9 thousand rubles) , 5,1 thousand hryvnia (14 thousand rubles). Who wants to pay that kind of money, and even constantly? In addition, there are additional restrictions in the capital, adopted at the initiative of the nationalist party "Svoboda" in 2017.

So what: is there no Russian language in Kiev? It is worth turning away from advertising signs and billboards, "tied" to firms and enterprises that have clear legal addresses and, therefore, accessible for inspections and punishments by representatives of the vigilant government, as we are convinced of the opposite. Kiev, speaking to its residents in the language of private advertisements and leaflets, is completely Russian-speaking.

They offer work in Russian: 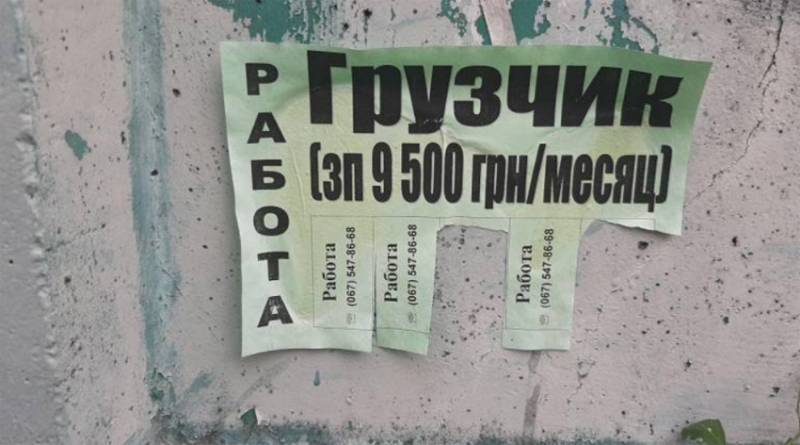 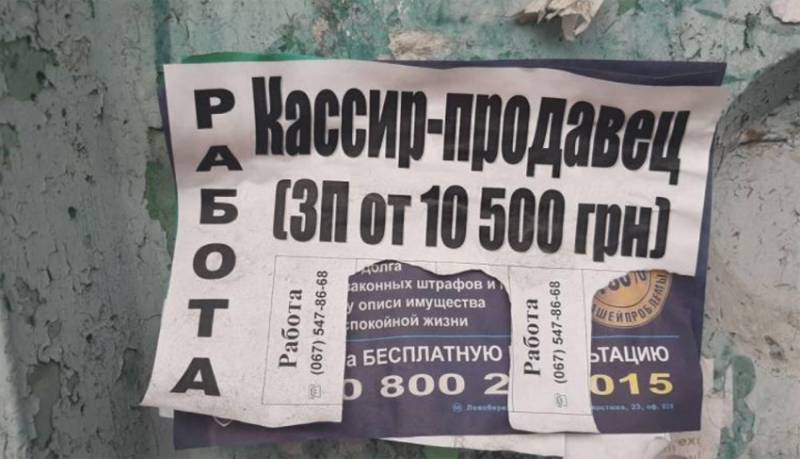 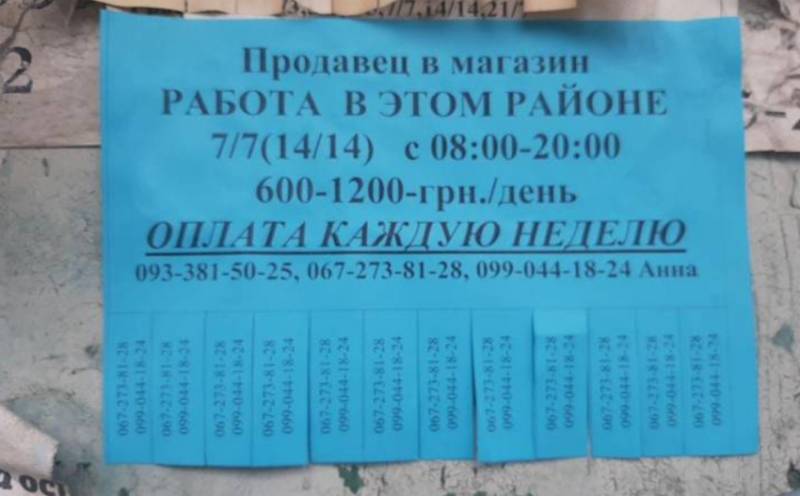 By the way, the salary of 9-10 thousand hryvnia (25-27 thousand rubles), by the standards of the Ukrainian capital, is far from luxurious. So, you can live. But many work for less money - especially those who come from the provinces, where such sums cannot be earned at all.

In the same language, real estate agents and those who are looking for guests for hostels and the most inexpensive apartments for daily rent are inviting clients: 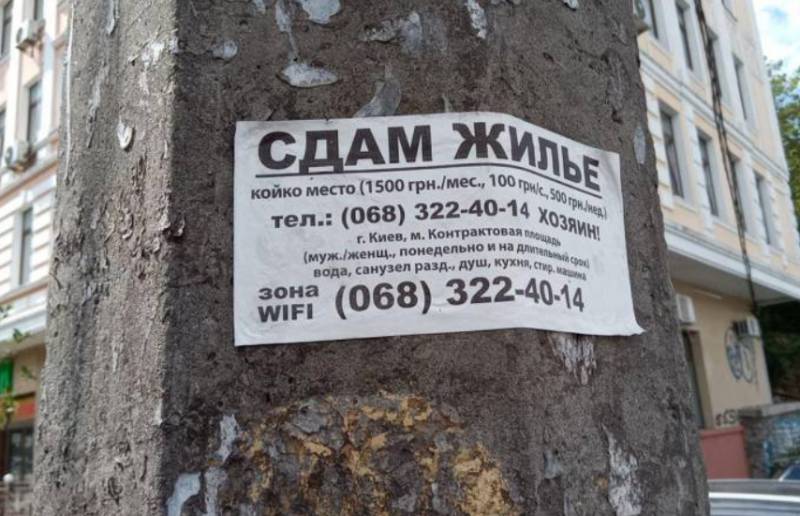 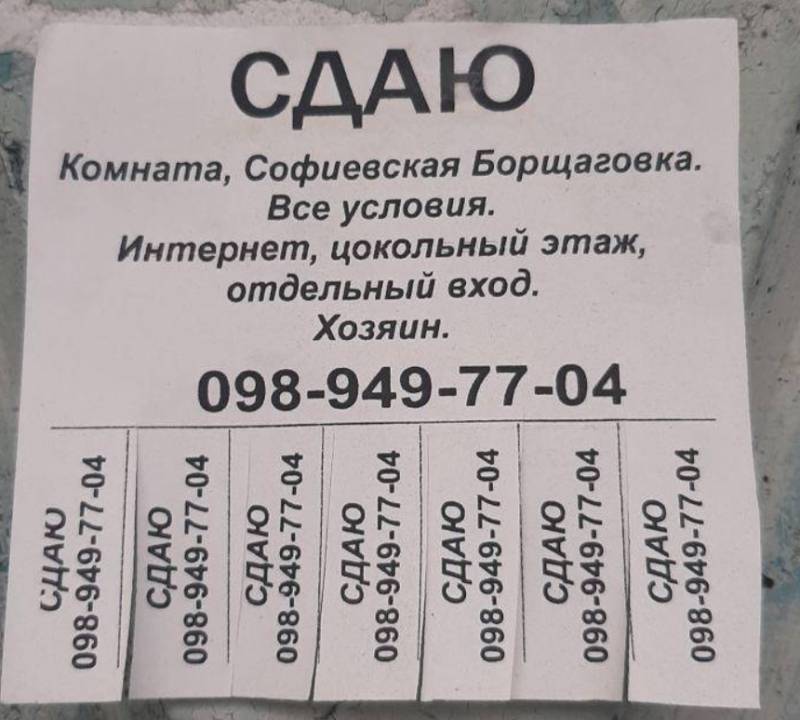 And those who sell entire mansions. 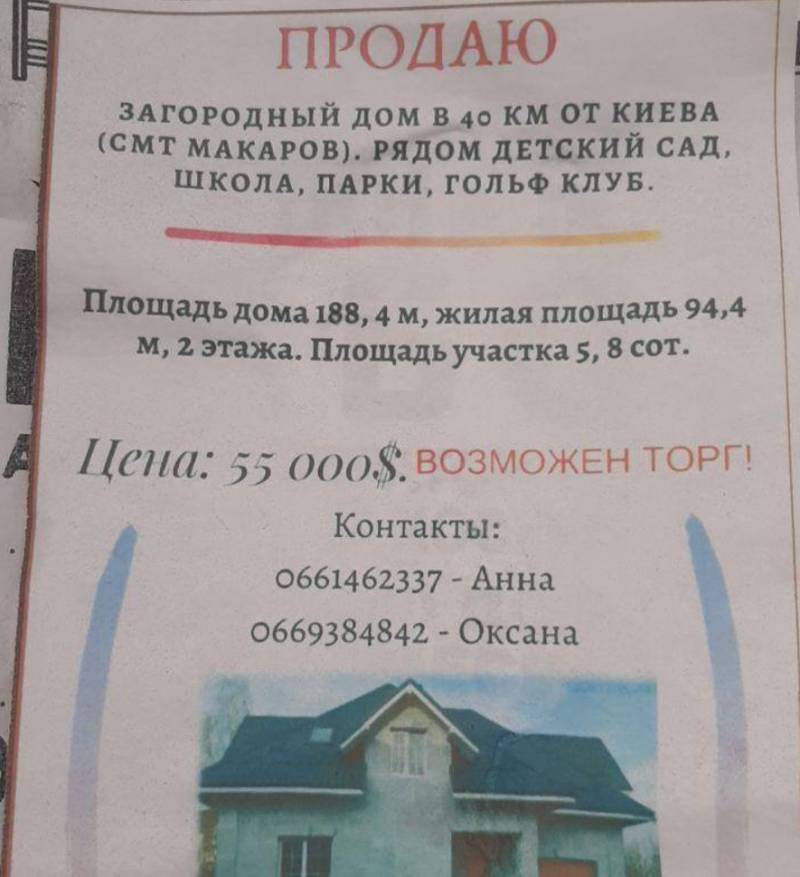 In Russian in Kiev you will be offered a loan: 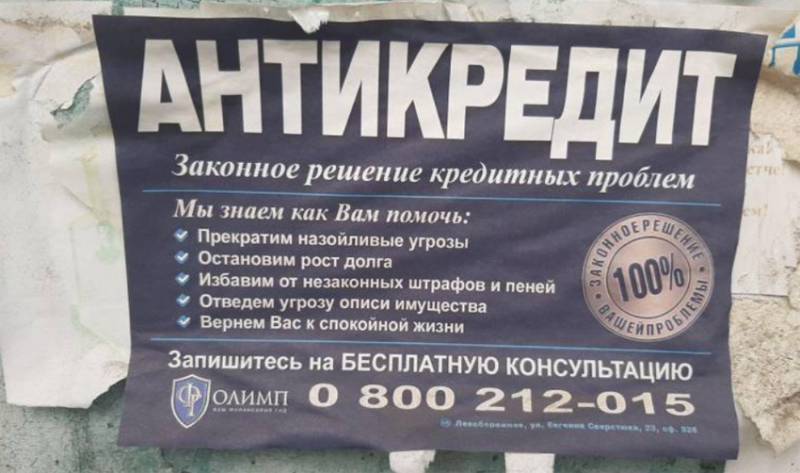 And they will also offer to get rid of him in Russian. 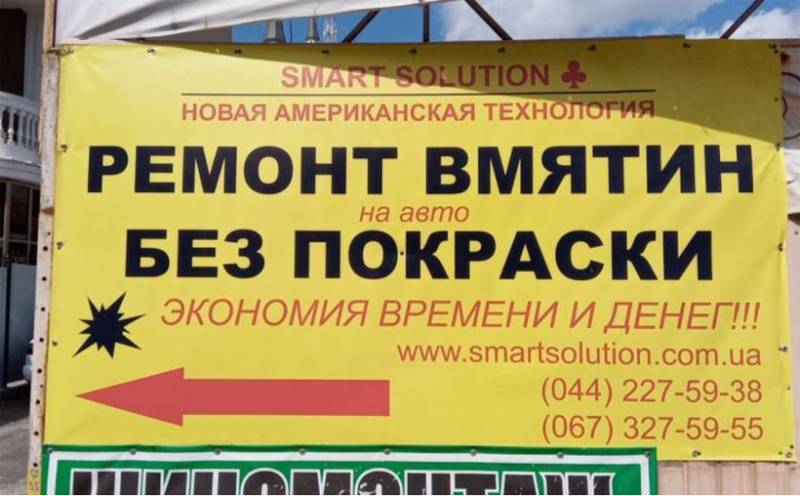 What do we see in the end? If the Russian language was in reality “not in demand” by Ukrainians and “alien” to them, then now, more than five years after the start of its massive persecution and persecution, it would most likely disappear from circulation. However, nothing like this happens. At the official level, the people of Kiev, like all other residents of "nezalezhnoy", are unambiguously Ukrainian-speaking. However, in everyday life, communication, everyday life, Russian remains their native language. Well, who would write ads that the absolute majority of citizens will not understand or will not accept? Thus, the obsessive and completely divorced from the realities of life, the Ukrainianizing policy of the authorities resulted in a natural “linguistic split of personality” for the inhabitants of the country. In medical terms, schizophrenia ...

Author:
Alexander Kharaluzhny
Photos used:
photos are provided by the people of Kiev, tired of Ukrainization