The case of doctors. US Imposes Sanctions Against Sputnik V Vaccine Developers 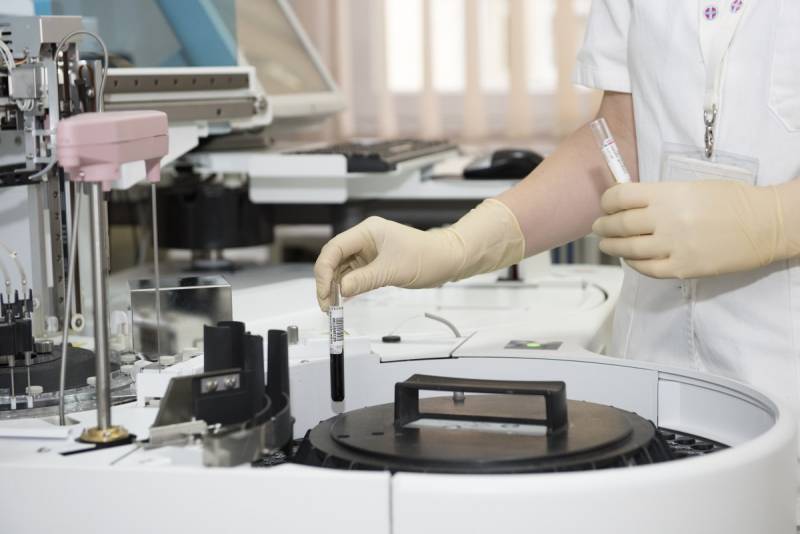 Politics and coronavirus infection have long been living together. The real apotheosis of this was news from the USA: On August 26, the country's Department of Commerce announced sanctions for several Russian scientific institutions involved in the development and testing of a vaccine against COVID-19.

The black list includes FSUE "State Research Institute of Organic Chemistry and Technology" (GosNIIOKhT), which, among other things, deals with technologies for the destruction of chemical weapons... In Soviet times, the enterprise was indeed engaged in the development of chemical weapons, but over time, all projects were closed. This did not prevent the UK in 2018 from unofficially pointing to this research institute as the developer and manufacturer of the notorious Novichok poison. It was then about the research division of the institute in Shikhany, Saratov region. However, even after such grave accusations, sanctions from the US and the European Union did not fall on GosNIIOKhT.

Among the specialized military institutions under sanctions were the 33rd and 48th Central Research and Testing Institutes of the Russian Ministry of Defense. The 48th TsNIII has three branches on the black list: in Sergiev Posad, Yekaterinburg and the Kirov region.

The official commentary by the main originator of the sanctions, the United States Department of Commerce, states: 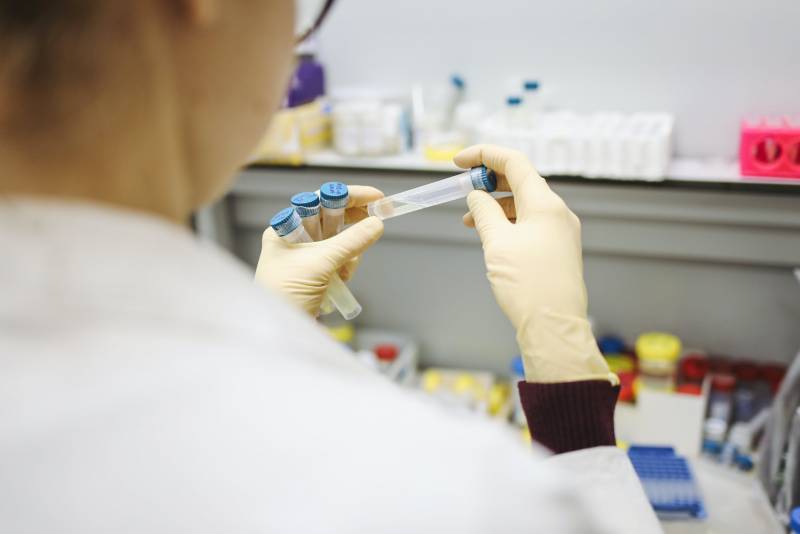 The lead developer of the Sputnik V vaccine is the National Research Center for Epidemiology and Microbiology named after Honorary Academician NF Gamaleya. The Americans have not yet imposed sanctions against him. At the same time, the closest contacts at the NF Gamaleya Center during the development of the vaccine were with the 48th Central Research Institute. In particular, on the site dedicated to the vaccine, the head of the military institute, Doctor of Biological Sciences, Candidate of Medical Sciences, Professor, Colonel Sergei Vladimirovich Borisevich is mentioned among the developers. It was in the 48th Central Research Institute in the summer that the phase of clinical trials of the vaccine on 50 military volunteers (among them 5 women) took place. Previously, preclinical studies on monkeys and hamsters were carried out at the same testing site of the institute. At the same time, employees were directly involved in the development of a new vaccine. The institute has many years of experience in combating infections such as anthrax, plague, tularemia, Q fever, brucellosis and others. There is no open information about how the 33rd Central Research Institute and GosNIIOKhT were involved in the development of the world's first vaccine against COVID-19. However, the US decided to punish them.

What do the sanctions mean for these institutions? Basically, institutions will face a ban on the export, re-export and import of goods and resources. The sanctions can really damage the civilian subordinate of the Ministry of Industry and Trade of Russia to the Research Institute of Organic Chemistry and Technology: after all, a huge segment of work is carried out with the involvement of imported reagents and technology. But with regard to the military Central Research Institute, the sanctions look at least strange. If there are imported components in the circulation of these units of the Ministry of Defense, then in minimal volumes. And these institutes are engaged in the export of technologies and finished products in minimal volumes. For example, in the 48th Central Research Institute, in addition to technologies for protection against biological weapons, they develop and produce medical immunobiological drugs for the prevention, diagnosis and treatment of especially dangerous infections. The main consumers within the country are agriculture, industry and medicine.

Pharmacists from the high road

The unfriendly move of the US Department of Commerce cannot be explained otherwise than by political reasons. At the same time, the logic of the developers of this legislative act is not completely clear, in which, by the way, another 30 Chinese pharmaceutical companies appear. If the goal was to limit the possibilities for the production and export (which is important) of vaccines, then it would be much more expedient to blacklist the Zelenograd pharmaceutical plant "Binnopharm". It is part of AFK Sistema and is now launching the production of the world's first vaccine against coronavirus. But for some reason, sanctions were imposed on the developers of the drug and the alleged partners. The feeling is that the Americans did not fully understand the situation, and the "patriotic" urges demanded to clear the field for their own pharmacists.

Now all over the world there will be an extremely unpleasant association on Sputnik V: they say that the vaccine developers have got their hands dirty with biological and chemical weapons. Despite the fact that this is not true, many countries will now think a hundred times before buying a domestic drug for coronavirus. The tolerant pacifist public will not at all appreciate such concern for their own people. It is much calmer to wait until the end of the development of similar products from the United States and purchase at inflated prices.

In general, the logical schemes of the initiators of the sanction are quite clear and transparent. Note that the restrictions followed after Russia announced a high demand for the vaccine among a number of countries. Americans will fight for a multi-billion dollar share of the global pharmaceutical market by all means possible. It is quite possible that Russia will face sanctions against the Novosibirsk center "Vector", the mentioned plant "Binnopharm", as well as a stream of provocative statements about the fate of the first vaccinated.

Source: sputnikvaccine.com
However, the blacklists may conceal a different sense of the American panic. No one in the countries of developed capitalism fully believed that in "backward" Russia there was even a fundamental possibility of such a prompt creation of an anti-coronavirus vaccine. And when biotechnologists managed to carry out the most difficult introduction of the COVID-19 protein gene into the adenoviral vector and announce this to the whole world, many viewers were taken aback. If in this stories Also military research institutes participated, then one can imagine what level of development of biotechnology the Russian Defense Ministry has. Something like this, I think, worked the logic of the initiators of the sanctions. Any potential possibility of the most complex manipulations with human genes and viruses is perceived in the United States as an application for the development of weapons of mass destruction. Once you have managed to create a vaccine, you will create a combat virus (bacillus), so get sanctions. Surprisingly, why did no one pay attention to the military Central Research Institute before? After all, the 48th institute has been engaged in no less complex modeling for several decades now - vaccines against Ebola and other deadly diseases. In addition, the document of the US Department of Commerce does not contain a single fact confirming the development of weapons of mass destruction by Russia. At the same time, the Americans themselves, unlike Russia, have not completely got rid of their chemical arsenal - they are diligently delaying this process. 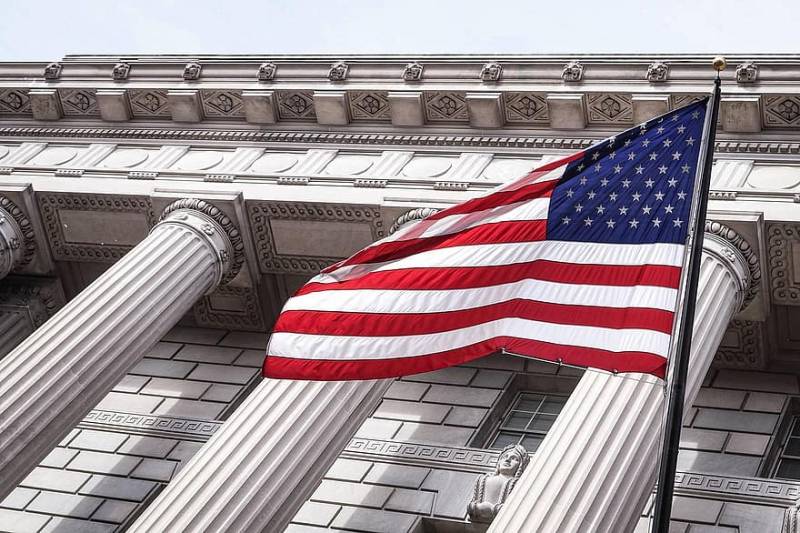 In this regard, several conclusions suggest themselves. First of all, there is no longer any talk about any international scientific cooperation in the fight against COVID-19. If the doctors worked together, it was only at first: as soon as the race for the vaccine began, everyone stood for themselves. The economic and political bonuses in case of success are too great, and the US sanctions are proof of this. The level of domestic pharmaceuticals turned out to be quite competitive, since it was possible to annoy the Americans with a new vaccine. This is the second consequence of the sanctions. Finally, such a scandal should provoke a response from Russia. Unfortunately, the management does not have the opportunity to answer symmetrically, but there are many biological laboratories around the country, run by specialists from the United States. According to locals, the work at the facilities is quite peaceful, but what prevents them from being declared developers of weapons of mass destruction? The Ministry of Trade of our overseas opponent could do the same.

Ctrl Enter
Noticed oshЫbku Highlight text and press. Ctrl + Enter
We are
Coronavirus COVID-19: threats, consequences, actionsSituational analysis of the death of the MH17 flight (Malaysian Boeing 777), made on the basis of engineering analysis from 15.08.2014
Military Reviewin Yandex News
Military Reviewin Google News
113 comments
Information
Dear reader, to leave comments on the publication, you must sign in.