Consequences of a global nuclear war 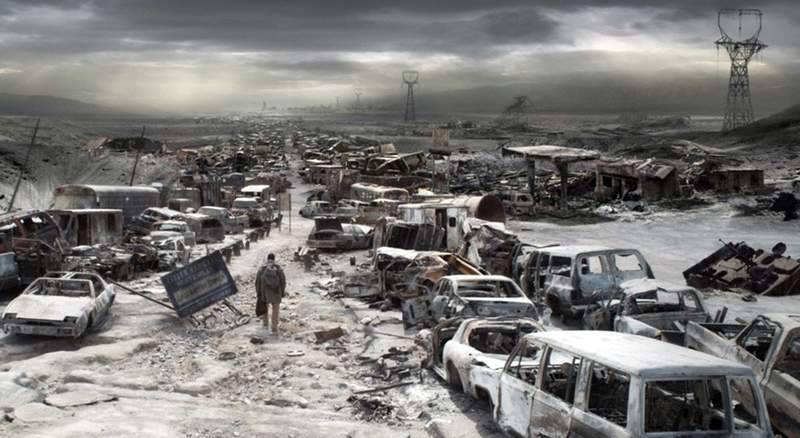 When they talk about a global nuclear war between Russia and the United States, which other official and unofficial members of the "nuclear club" will definitely join, they believe that this will mark the end of humanity. Radiation contamination of the area, "nuclear winter", some even believe that life will be completely destroyed, and the planet will split into pieces.

The complete destruction of life on Earth, as well as the splitting of the planet into parts, are such absurd scenarios that there is no point in even discussing them. This was impossible in the mid-80s of the last century, when the total number of nuclear charges on the planet exceeded 65 thousand warheads, and even more so now, when the total number of nuclear charges in all countries of the world, taking weapons (TNW) does not exceed 15-20 thousand warheads.

So which of these is more real?

First, despite the global growth of computing power, the emergence of neural networks and the improvement of software, climatologists still cannot predict the weather for a period exceeding several weeks with an acceptable probability. What can we say about predicting the climate after a global nuclear war?

Secondly, in terms of the impact of nuclear weapons on the planet's climate, one can draw an analogy with volcanic eruptions. For example, on August 27, 1883, the Krakatoa volcano erupted, located in the archipelago between the islands of Java and Sumatra. It is believed that the force of the explosion during the eruption of this volcano was 10 thousand times higher than the force of the explosion at Hiroshima. 18 cubic kilometers of ash were thrown into the air, burning stones scattered over an area of ​​four million square kilometers. At a distance of 60 kilometers from the site of the volcanic eruption, people burst their eardrums, the blast wave circled the Earth seven times. The average annual temperature in the northern hemisphere of the planet decreased by 0,8 degrees.

During the eruption of the supervolcano Tambora on the Indonesian island of Sumbawa in 1815, about 100 cubic kilometers of ash were thrown out. A significant amount of volcanic ash remained in the atmosphere at altitudes of up to 80 km for several years, the global temperature dropped by 2,5 degrees. 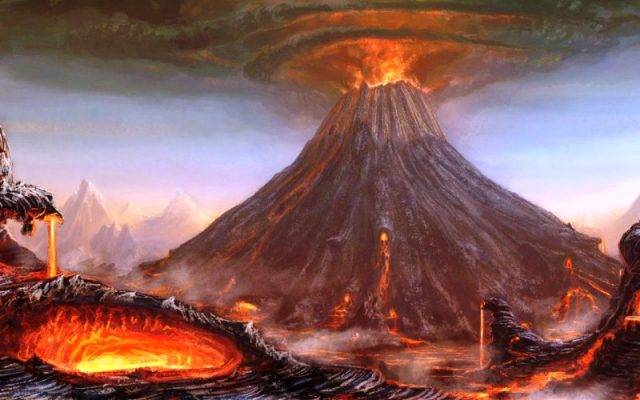 Illustration of the eruption of the supervolcano Tambor in 1815
What conclusion can be drawn from all this? Climatic changes in the event of a global nuclear war, of course, will take place, but they will not be a determining factor affecting the survival of mankind, rather, a negative addition to other factors.

A global nuclear war will not lead to either a nuclear winter or global warming, but it will definitely have a negative impact on the climate
Contrary to the statements of politicians and the military that a nuclear war can be "humane" and only military facilities will be bombed, the author has no doubt that a global nuclear war will be as "cannibalistic" as possible. At the moment when it becomes clear that the enemy's intercontinental ballistic missiles (ICBMs) have left the mines and their targets are unknown, a retaliatory strike will be delivered by all available forces in order to inflict maximum damage on the enemy. The targets will be the largest cities and industrial facilities, critical infrastructure facilities, nuclear power plants, hydroelectric power plants, storage facilities for spent nuclear materials and hazardous chemicals. The banned "nonexistent" biological and chemical weapons will be used. 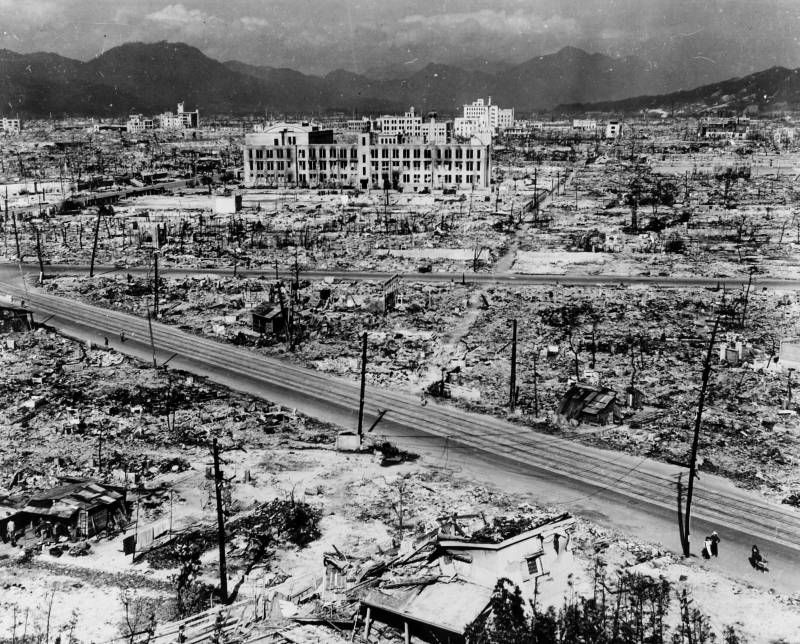 Hiroshima. This is what most of the world's major cities might look like after a massive nuclear exchange
There is no doubt that neither the United States nor Russia will allow anyone to get a chance for global leadership in a post-nuclear world. Therefore, all developed industrial countries will receive their share of nuclear charges. Other members of the "nuclear club" will act in a similar way: North Korea will strike at the South, China and Pakistan will clash with India, Israel with the Arabs, and so on.

Despite all this, the end of life on Earth will not happen. It is difficult to predict what percentage of the population will be destroyed in a global nuclear war, in any case it will be billions of lives. Some will die immediately, some will die as a result of radiation and chemical contamination, epidemics, lack of medical assistance, hunger, cold and other factors. It can be assumed that at least half of the world's population will die in one way or another.

The rest will plunge ... no, not into the Stone Age, but into the beginning of the XNUMXth century completely.

On the one hand, the destroyed humanity will have information about previously developed technologies, on the other hand, the conditions for restoration will be completely different from those that existed before. If we assume that humanity will roll back to a level of technological development roughly corresponding to the end of the First World War, then we can expect that in three decades people will again go into space, again create nuclear weapons, and in a hundred years they will return to "today".

In reality, there will be a number of complicating factors: 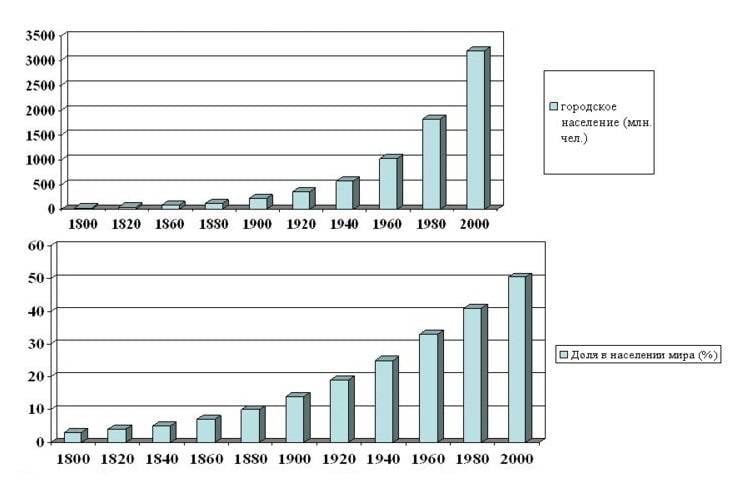 Increase in the share of the world's urban population 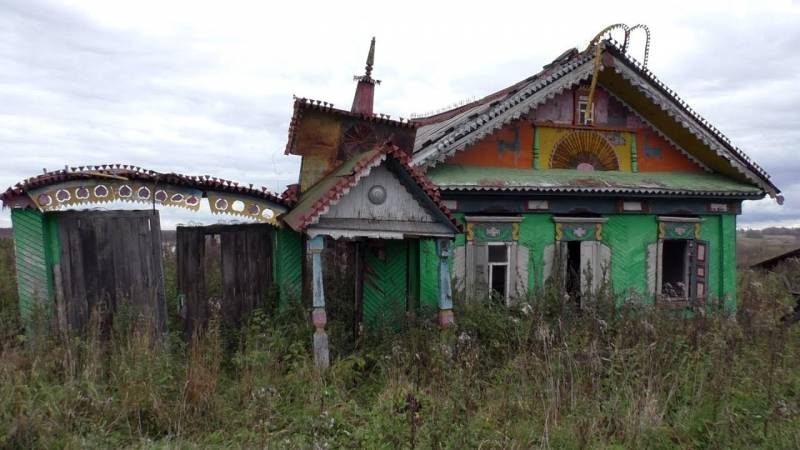 The urbanization of the population has led to the fact that tens and even thousands of villages were abandoned.
2. The extinction of the population will be facilitated by the general weakening of health, which arose during the weakening of natural selection: thanks to the success of medicine, those whose death was inevitable a hundred years ago now survive. This should not be taken as a call to return to families in which there were a dozen children, but half, or even two-thirds of them did not live to come of age, but the fact remains. In the event of a global war, without access to medicines, many will die, the birth rate will decrease, and maternal mortality will increase due to the lack of qualified assistance during childbirth.

3. The countries' orientation towards the post-industrial world will also contribute to the worsening of the situation. When they talked about the post-industrial world, this, of course, did not mean a post-nuclear world with a destroyed industry. It's not even about lawyers, financiers, managers and other similar professions that are in demand in our time, but about the fact that production and industry have changed in many ways. Where 1000 workers and 500 machine tools were previously required, now 10 CNC machines and 5 adjusters are enough for them. CNC machines require complex maintenance, specific consumables and quality blanks for their work. In the event of a global nuclear war, even if high-tech equipment does not break down immediately, it may become unusable over the next several months.

Even if old machines are found, five conventional CNC machine operators cannot replace 1000 skilled workers. And they are not, since they are not in demand and they are no longer trained. As a result, many professions will have to be mastered from scratch. 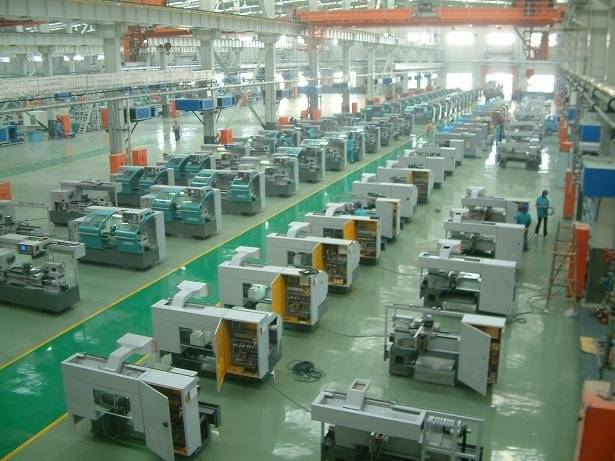 Modern manufacturing is unlikely to survive in a post-nuclear world
The same is true in everyday life. How many people can now sew clothes for themselves or at least fix them? In schools, labor lessons are often replaced by etiquette or religion lessons.

The number of those who can grow something by hand is gradually decreasing, and in some civilized countries the cultivation of food plants without a license is punishable by fines. It’s strange that they don’t go to jail for growing dill and potatoes.

4. The globalization of technological processes will further complicate the revival of the post-nuclear industry. There are no countries left in the world with complete production chains in all industries. Even the United States and China do not have all the necessary technologies and resources, something must necessarily be purchased in other countries. In Russia, after the collapse of the USSR, the situation is much worse: the dependence on foreign components is colossal. If the industry does not produce transistors and capacitors, then the problem is not only in their absence, but also in the absence of specialists who can understand how to produce them.

5. Compared to the world at the beginning of the XNUMXth century, the extraction of resources in the post-nuclear world will become much more complicated. Many available deposits have been depleted, and those that do exist are far away and require high-tech equipment for extraction: deep-lying northern oil and gas, shale deposits, exhausted copper and uranium mines.

It is also unlikely that it will be possible to make "ecological" fuel in sufficient quantities - it would be enough for food. The reuse of metals from destroyed cities will be difficult due to the radiation induced in them. 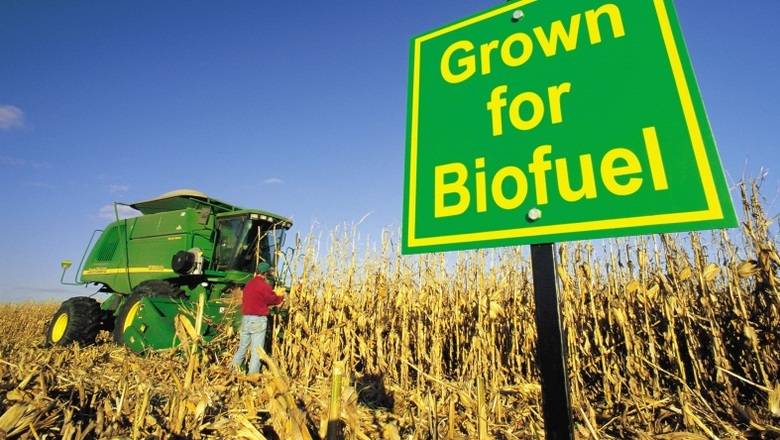 6. Radiation contamination of the terrain will additionally complicate the already complex resource extraction and movement across the terrain. The largest sources of resources themselves, most likely, will be subjected to nuclear bombardment, and will remain radioactive for several tens or hundreds of years - there will be no resources to deactivate them. Exploded nuclear power plants, which are highly likely to be destroyed in a global war, can create even greater problems. Dozens of "Chernobyls" will not only aggravate the problems outlined in paragraph 2, but will also create huge contaminated zones that impede the movement through them and the lives of people on their territory. 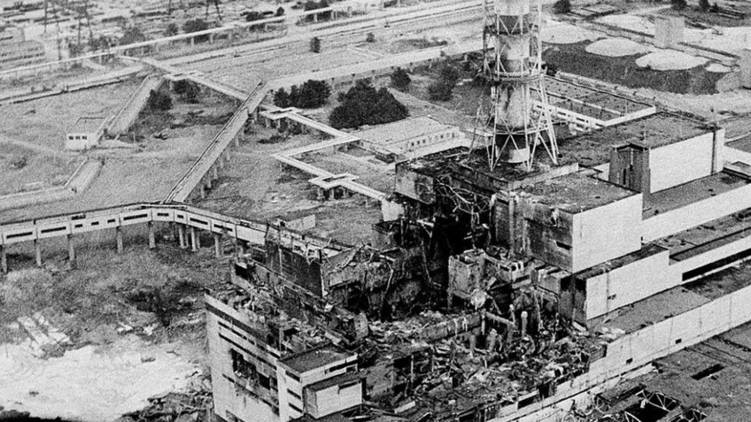 The explosion at the Chernobyl nuclear power plant led to a global environmental disaster. The consequences of the destruction of dozens of nuclear power plants around the world, coupled with nuclear strikes, can be an order of magnitude more serious
7. Finally, a significant problem will be the destruction of the state structure in many countries of the world, widespread separatism, up to the level of individual settlements. Even if the leaders of individual countries of the world survive, it is far from the fact that they will be able to retain power and take control of the situation in their country.

All of the above problems are typical not only for Russia, as one might think, but also for almost all countries of the world.

Humanity is distinguished by the highest vitality, the ability to adapt to the most difficult conditions. There is no doubt that even in the event of a global nuclear conflict, humanity will survive and continue its development.

In combination, all seven of the above points can have a synergistic effect that will slow down the return of human civilization to the current level of development by several hundred years. Only one thing is certain: even after the most destructive nuclear conflict, wars on the planet will not stop.

We will talk about weapons and armaments that can be used in the post-nuclear world in another article.