Auditors came to the state company. And they did not find government interest 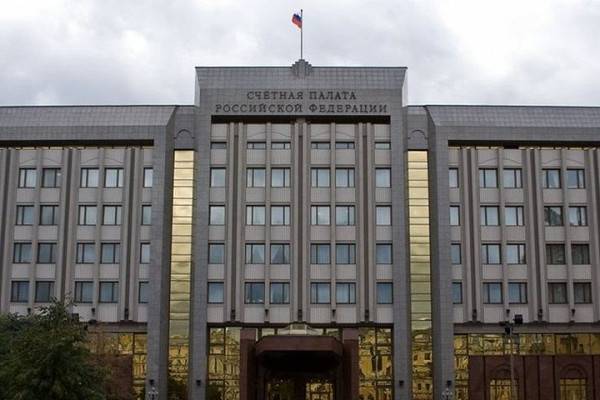 What we have, do not store

By its status, the main control body of the country, the Accounts Chamber of the Russian Federation, is obliged to monitor exclusively how budget funds are spent. However, life regularly forces auditors to deal with both private business and financial flows that have nothing to do with the budget.

From the data of the last bulletin of the Accounts Chamber, we can conclude that in modern Russia the state has long become a subject of absolutely private entrepreneurship. This is by no means news... But this is despite the fact that the participation of the state in the economy is still considered by many to be excessive.

The IMF estimates the state's share in the Russian economy at 33%, Moody's at 40-45%. At the same time, the privatization plans, which are regularly renewed, despite crises and sanctions, invariably suggest reducing the number of companies with state participation. But if a few years ago it was about 15-20% annually, now it is only about 10%, but by no means because there is nothing to privatize.

The unified state property management system shows that there are 1025 joint-stock companies and 626 federal state-owned enterprises in Russia. But the state must be taken out of business, if only because its presence there becomes an excellent basis for corruption and abuse.

The liberals from the economy may be right when they insist that large-scale privatization is necessary in Russia. However, they do it with a tenacity clearly worthy of better use. Indeed, it can be concluded from such plans that in comparison with the new privatization, both vouchers and loans-for-shares auctions "from Chubais" may fade.

Twelve years ago, some experts, not without reason, thought that President Putin was leaving office for four years only to properly deal with property controlled by the government. Since then, enough time has passed to again deal with what is currently owned not only by the cabinet of ministers, but by the state as a whole.

No control, no accounting

The auditors of the RF Joint Venture began their report on how things are with state property in the economy by stating that the state does not represent what it actually has. The data of the Federal Property Management Agency, given above, strongly differ from the information provided by Rosstat, and the tax authorities, in turn, counted almost five times less joint-stock companies with state participation.

The Ministry of Economic Development and Trade reports practically only for the top ten largest joint-stock companies with state participation. In fact, they are the only ones who transfer dividends to the treasury, trying to conduct business in such a way that taxes are paid and social programs are implemented.

Fundamentally, experts from the Accounts Chamber could not fail to note that the state-owned companies in Russia are not too limited in funds, which makes the return on them quite high. The ability to work with large financial flows actually frees the hands of not only the top ten, but also those who follow it.

The result, generally positive, is noted in the report of the RF JV. Budget revenues from state-owned companies grew steadily throughout the entire audit period (2017-2019). Thus, revenues from joint stock companies increased by 75,7%, to 1 trillion. rubles. The federal state unitary enterprise gave only 19,5 billion rubles to the treasury, but this is 30,4% higher than the figures of four years ago.

It is characteristic that only twenty joint-stock companies with the participation of the state brought it the lion's share of the proceeds from dividends - 97%, but at the same time, the debt on the transfer of dividends also increased significantly. For three years, it has grown almost fourfold: from 192,5 million rubles to 718,2 million.

Nevertheless, as we can see, the leaders are doing more or less well. But the remaining 90% of companies with state participation, according to the specialists of the RF JV, just as safely stay in the "gray" zone. It has become almost the norm when such a business is actually taken offshore due to various combinations.

But at the same time, the remuneration of managers, including those appointed by the state, exceeds the salaries of employees, as a rule, dozens of times. But do not look for the truth about joint-stock companies and federal state unitary enterprises, about bonuses and bonuses, Kudrin's controllers say. However, they justly demand to disclose data on the income of top managers of these structures.

However, there are no proposals from the Accounts Chamber to return to the idea of ​​a complete liquidation of unitary enterprises that operate in competitive markets. This was planned to be done back in 2018, but something, apparently, got in the way.

It is possible that auditors, by virtue of their professional duties, cannot take into account the fact that the advantages that state-owned companies own, reducing real competition, hinder the development of promising markets. In this respect, the experience of development of such structures as Skolkovo or Rusnano, which found themselves in greenhouse conditions, but have not yet become the leaders of the notorious technological breakthrough, is too indicative.

The main shortcomings of the public sector, which were also noticed in the Accounts Chamber, are, in fact, the encouragement of corruption, opportunistic decisions, and the almost universal replacement of private funds with public funds. But even Peter the Great taught Russian merchants that "one ruble of the sovereign pulls three private ones".

Not thanks, but in spite of

Due to the crisis, increasing the efficiency of the public sector is now becoming a more urgent task than the desire to quickly transfer it to private rails. But this, according to the auditors of the RF JV, is greatly hindered by the heterogeneity of the public sector, the scatter among different departments.

State representatives have very different powers in numerous joint-stock companies and federal state unitary enterprises, which are sometimes assigned to someone by no means on a profile. For example, more than 100 agricultural enterprises are currently registered with the Ministry of Education and Science. If one or another FSUE is under the wing of the Federal Property Management Agency, then information about such enterprises in the budget reporting on financial investments, as a rule, is absent.

In conclusion, we note that the auditors of the RF JV are convinced: "... the number of FSUEs was reduced not so much due to privatization, but as a result of the merger and liquidation of enterprises or their transformation into budgetary and state institutions."

And in this regard, a tiny, but very important touch on a topic that is no less relevant today. We are talking about Mount Kushtau in Bashkiria, which seems to have been defended from the development of the Bashkir Soda Company (BSK) with a 38% state stake.

On Wednesday, the President of the country considered it necessary to personally intervene in the situation, expressing surprise at the merger, which led to the fact that 62 percent of BSC shares in the hands of the state were “surprisingly” diluted to 38. Agree, the key question lies on the surface.

And what did he do, where did he look and, in the end, how did the representative of the state on the board of Bashkirskaya Soda voted when this most wonderful "erosion" happened? With his 62 percent stake? However, the head of state also drew attention to this, instructing the prosecutor's office to figure out how legitimate the deal was, due to which the state lost control over the assets of the BSC.

Ctrl Enter
Noticed oshЫbku Highlight text and press. Ctrl + Enter
We are
Situational analysis of the death of the MH17 flight (Malaysian Boeing 777), made on the basis of engineering analysis from 15.08.2014Credit rating of Russia against the ratings of the BRICS countries and the republics of the former USSR
Military Reviewin Yandex News
Military Reviewin Google News
95 comments
Information
Dear reader, to leave comments on the publication, you must to register.