In Minsk it is possible, in Berlin it is impossible: on the prohibition of meetings in the capital of Germany 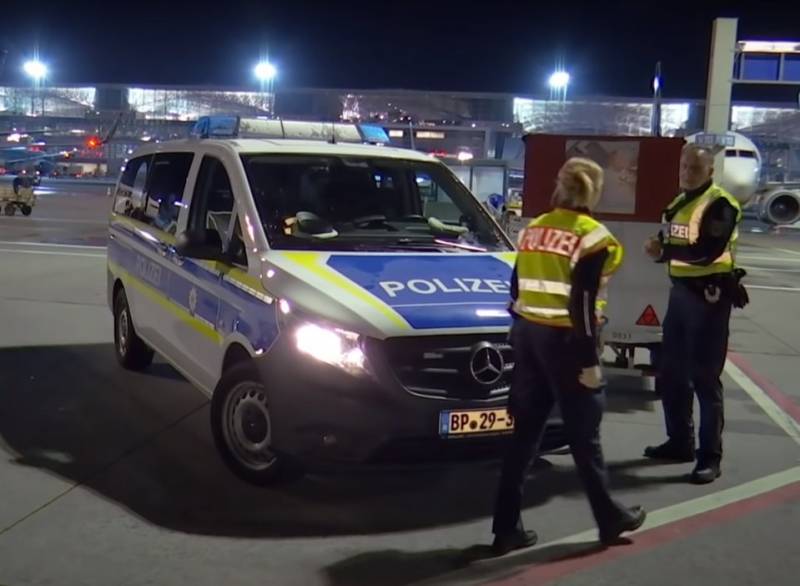 The policy of "double standards" in action: protests were banned in Germany. Her applicant was going to oppose the restrictions imposed by the government due to the pandemic. Although the reasons for protest actions vary, the fact is that the rallies are massive everywhere, and it turns out that it is “possible” in Belarus or Russia, not in “democratic” Western countries ...


Berlin authorities refused to allow several demonstrations against the restrictions due to sanitary and epidemiological safety concerns. The Interior Department attributed its decision to possible violations of the "Corona requirements". As Andreas Geisel of the Berlin administration emphasized, this decision was made not because the authorities want to violate the freedom of assembly, but because of reasons for the safety of citizens from infection.

We are still in the midst of a pandemic with a growing number of infections. You cannot deny it. Therefore, we must weigh the fundamental right to freedom of assembly and the right to integrity of life. We chose life
- the official said.

He also did not give any guarantees that the police would not use force in the event that opponents of the restrictions nevertheless gather on the streets of Berlin. The authorities themselves have already dubbed the "crown-skeptics" "right-wing extremists" and "conspiracy ideologists."

One of the leaders of the protest movement, Attila Hildmann, is currently under investigation for "incitement to hatred." Now, as we can see, those who simply criticize restrictive measures during a pandemic are also included in the ranks of the Nazis.

Interestingly, the “democratic public” represented by German readers generally supported such actions by the Berlin authorities. The same people are calling to take to the streets in Minsk or Moscow and ban mass events in European capitals. Or is the pandemic in the post-Soviet space different, or don't they care about the health of Belarusians and Russians?

Correct decision, but it will probably be perceived by the same people as confirmation of their crude theories,
- writes one of the commentators.

He is echoed by another "human rights champion:

Very well! Let people spread their idiocy on the Internet better.
German leftists and liberals are not embarrassed that their own ideological companions-in-arms are safely going out to destroy monuments to heroes of past centuries on the streets of American, British, French cities. In this case, there seems to be no pandemic, but when it comes to freedom of speech for those categories that do not fit into the boundaries of left-liberal thinking, here the champions of freedom immediately turn into inhabitants of a "disciplinary sanatorium."

One can imagine how the West would have reacted if Alexander Lukashenko had banned all demonstrations in Minsk precisely for reasons of sanitary and epidemiological safety. At the very least, he would be accused of trying to use the pandemic as a pretext to fight the freedom of speech and expression of the will of citizens.

Exactly the same approach would have been in a similar case if we talk about Russia. There is no doubt that the liberal public would blame Lukashenka and Putin for all mortal sins: after all, the fight against “dictators” is much more important for the West than any pandemic.

Ctrl Enter
Noticed a mistake Highlight text and press. Ctrl + Enter
We are
Reports from the militia of New Russia for 27-28 September 2014 of the yearInterview of Vladimir Putin with Radio Europe-1 and TF1
57 comments
Information
Dear reader, to leave comments on the publication, you must to register.