USC announced the deadline for transferring the nuclear icebreaker "Arktika" 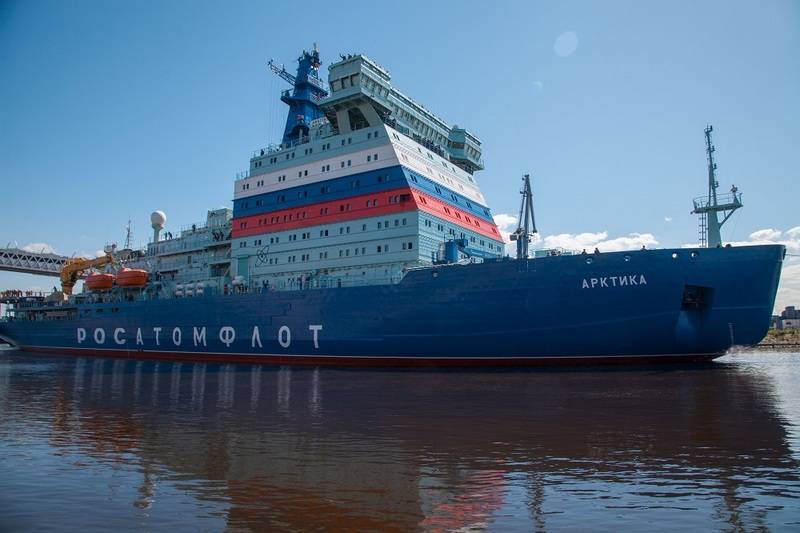 The lead universal nuclear icebreaker of project 22220 "Arktika" is planned to be handed over to the customer in September. This was announced by the head of the United Shipbuilding Corporation (USC) Alexei Rakhmanov.


Answering a question from journalists about the timing of the transfer of the nuclear icebreaker "Arktika" to the customer, Rakhmanov said that according to plans, the transfer should take place in September this year.

I think the ship will be delivered to the customer in September
- he said.

In July of this year, it was reported that the next stage of sea trials of the icebreaker had been completed, after which it returned to the Baltic Shipyard. It was noted that the ship entered trials with a damaged right-hand propeller motor as a result of mooring tests in December 2019.

A feature of the 22220 project icebreakers is the use of variable draft using ballast tanks. Double-deck ships can operate both in deep water and in shallow water in river beds, overcoming ice up to 3-meters thick without losing speed. According to project data, new icebreakers will become the largest and most powerful in the world.
Ctrl Enter
Noticed oshЫbku Highlight text and press. Ctrl + Enter
We are
The head universal icebreaker "Arctic" has completed sea trialsLaid the keel of the first Soviet-era icebreaker with a capacity of 25 megawatts
Military Reviewin Yandex News
Military Reviewin Google News
26 comments
Information
Dear reader, to leave comments on the publication, you must to register.