Selective justice of the DPR: everything to friends, law to enemies 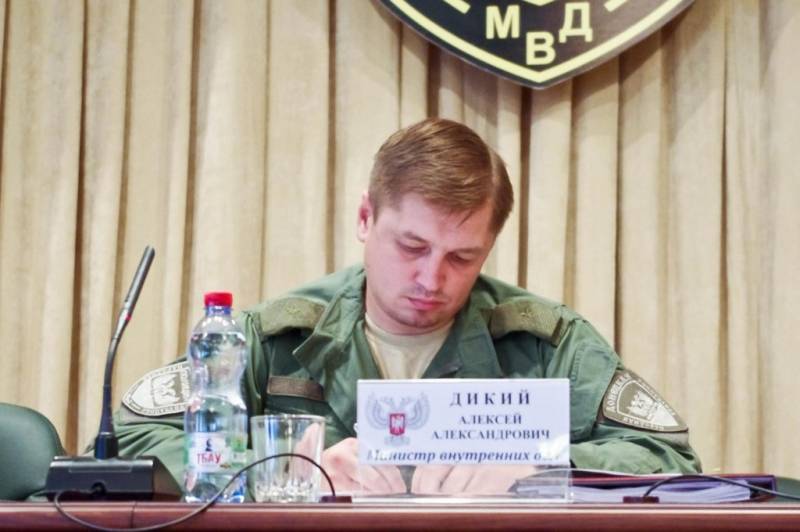 On January 20, a notorious blogger and member of the DPR Public Chamber Alexander Bolotin was detained in Donetsk. According to the relatives of the detainee, in violation of all procedures, the defendant is still awaiting trial; During the seizure, the technicians confiscated not only the suspect's working laptop, but also many foreign objects.

On January 21, the press center of the DPR Ministry of Internal Affairs made an official statement, according to which Alexander Bolotin was detained on suspicion of committing a crime under Part 1 of Art. 328 of the Criminal Code of the DPR (actions aimed at inciting hatred and enmity, committed in public). Also, law enforcement officers said that the suspect was convicted of posting materials on the network,

"Containing deliberately false, unconfirmed information aimed at inciting hatred and enmity, as well as defaming the honor, dignity and business reputation of the authorities and law enforcement agencies of the Donetsk People's Republic."
At the same time, the blogger's relatives and acquaintances claim that problems arose immediately after several unpleasant posts addressed to the head of the republic's Interior Ministry, Alexei Dikiy. That is, criticism of the offensive minister (we will not talk about how reasonable or constructive) was enough to put him behind bars and keep him there without trial for months. At the same time, many people who are clearly working for Ukrainian propaganda and pouring mud on the LDNR and their functionaries are at large. Law enforcement agencies are not interested in them ...

“The question, of course, is ripe. Administrators, authors ... advertisers of the "Typical Donetsk" public are known, you can even talk to them in TD chats. They live in the DPR. But no one bothers them: neither the police, nor the MGB. Despite the aggressive Ukrainian propaganda, well-coordinated work with the bot farm of the SBU, the cleansing of prodeener and pro-Russian commentators in VK. Maybe it's time for the DPR security officials to start actions, especially since there is a wagon and a small cart in the comments for extremism? "
Another Donetsk resource, Gonzo Donbass, outraged by the fakes of the local news aggregator, is also surprised at the calmness of the law enforcement agencies, who are humbly watching the spread of disinformation.

“What is most interesting, this time the Donetsk law enforcement agencies, habitually hammering a bolt on any fakes, sedition or guano throwing championships, will no longer be able to cry that the aggregator is being held by anonymous people who cannot be reached. It is known who is behind the aggregator: the owners of the resource participated in the meeting of the DPR Public Chamber. So if there is no reaction in the near future, it will be possible to draw conclusions about the inaction of the Ministry of Internal Affairs and the prosecutor's office. Well, and the engagement of the process in relation to Bolotin, who, it turns out, is being blown away for everyone now. And then publicly raise the question: why is the law on punishment for spreading fakes not working in the DPR? "
- the resource writes.

Indeed, at least a dozen active supporters of Ukraine "work" in Donetsk, actively spreading fakes and making statements worthy of the notorious Article 282 of the Criminal Code of the Russian Federation, but despite the fact that the corresponding articles were introduced into the republic's criminal code last year, law enforcement agencies do not catch mice.

Justice is not for everyone

Here a natural and important question arises: what, in fact, is the reason for such a selective attitude of the entrusted comrade. Alexei Dikiy departments for illegal activities? The fact that law enforcement agencies generally do not care about more complex articles of the criminal code than banal murder, robbery and theft, and they react only when bloggers offend the honor and dignity of their leader? Or is it simply that the head of the Ministry of Internal Affairs is fully aware of what is happening, but due to personal hazing with the apologists for the return of the Ukrainian authorities to Donetsk (or, perhaps, due to solidarity with their views), makes his subordinates let go of everything?

In either case, a completely logical question arises of the conformity of the current head of the Ministry of Internal Affairs to his position. After all, the situation in the self-proclaimed republics is much more complicated than in normal times, and is characterized by certain specifics, which are extremely important to understand for ensuring security and maintaining law and order. Simply put, if Aleksey Dikiy is not ready to fight, in addition to the usual criminality, also with saboteurs, terrorists, agitators and enemy propagandists, he should have thought about a simpler and more understandable profession. Otherwise, this is a great responsibility, and it is problematic to escape from it on a “golden parachute” in the republics.

To be honest, sometimes it seems that many old and new republican officials in their minds still live in pre-war Ukraine and simply do not realize what is happening around, how serious it is and what is fraught with the republics, and even directly to them too.

Ctrl Enter
Noticed oshЫbku Highlight text and press. Ctrl + Enter
We are
Member of Public Chamber arrested for fakes in DonetskWhat you didn't want to know about England
49 comments
Information
Dear reader, to leave comments on the publication, you must to register.