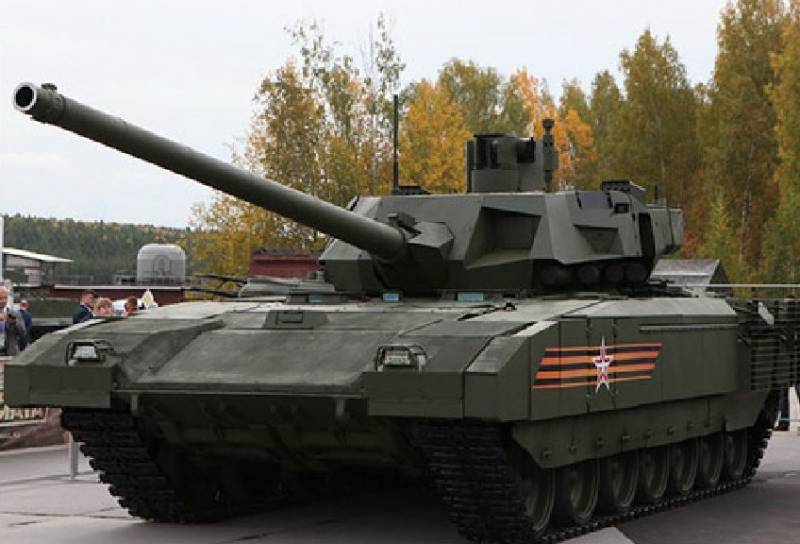 Experts suggest installing a new uninhabited turret and an increased caliber cannon on the T-14 Armata tank. In their opinion, it should be 152 mm. At the moment, the gun has a caliber of 125 mm.


This was reported by the news agency TASS with reference to the data of the 38th Research and Testing Institute of Armored Weapons and Military Equipment (BTVT).

In addition, the "Armata" will need new types of ammunition. In particular, the tank should be armed with hypersonic armor-piercing projectiles and volumetric blast ammunition, and guided missiles should be added to its arsenal, operating on the principle of "fire, forget and fire again."

It is also proposed to equip the T-14 with airborne drones, which would conduct reconnaissance and relay signals.

The need for such modernization is due to the fact that a potential enemy by the 2030s is able to create a new generation of armored vehicles.

It should be noted that talks about the possibility of equipping the T-14 "Armata" tank with a 152 mm cannon have been going on for a long time - in fact, from the moment when the first news about the creation of a new generation tank in our country appeared. However, until now, the concept with a 152-mm cannon for the T-14 has not been implemented.

Ctrl Enter
Noticed oshЫbku Highlight text and press. Ctrl + Enter
We are
Weekly summary (30 January-5 February) on the military and social situation in the DPR from the military officer "Mag"Air bomb of a volume explosion is the main non-nuclear argument of the Tu-160
Military Reviewin Yandex News
Military Reviewin Google News
64 comments
Information
Dear reader, to leave comments on the publication, you must sign in.