Expansion from Lisbon to Vladivostok: a political scientist on the limits of NATO expansion 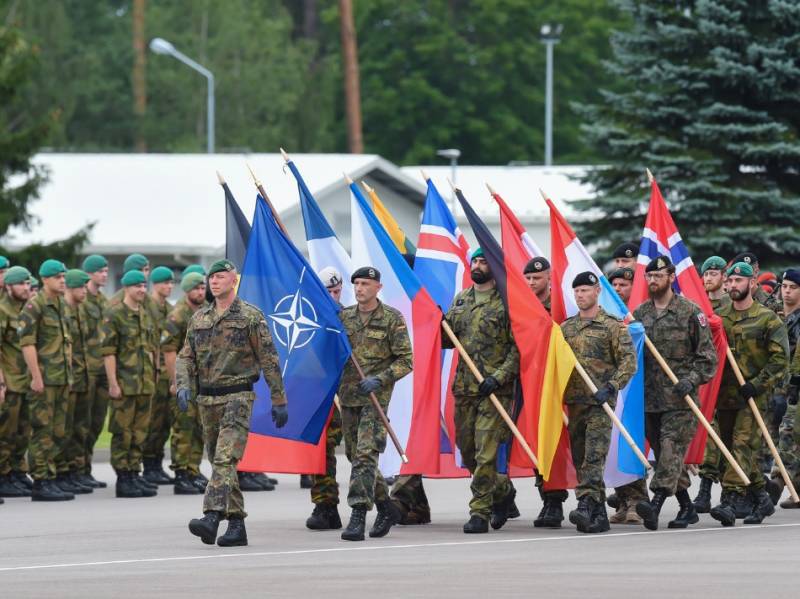 Over the past 30 years, the North Atlantic Alliance has significantly expanded its borders, getting close to the borders of our country. Today, the alliance includes almost all countries of the former socialist camp in Eastern Europe and even 3 countries in the post-Soviet space. Will NATO stop on its way east?

Contrary to expectations, or at least assertions of the Soviet and then early Russian leadership, the reduction and subsequent withdrawal of Soviet / Russian troops from Eastern Europe did not lead to the demilitarization of the region. On the contrary, as soon as Russia released the former countries of the socialist camp from the orbit of its influence, active work on their admission to the North Atlantic Alliance began immediately.

The promises of American leaders to abandon NATO's eastward expansion turned out to be a real lie: the alliance not only included several of the most pro-Western countries, but swallowed almost all Eastern European countries, except Serbia, and even swung itself into the post-Soviet space. Lithuania, Latvia and Estonia have become NATO members, and Georgia and Ukraine regularly participate in joint exercises with the North Atlantic Alliance and are its close allies.

If we turn to an analysis of the events of the recent past, we will see that NATO expansion took place gradually. First of all, in 1999, Poland, the Czech Republic and Hungary were admitted to the North Atlantic Alliance as the most militarily and economically developed countries of Eastern Europe, which are also close to Western culture.

In 2004, NATO admitted Slovakia, Slovenia, Romania, Bulgaria and 3 republics of the former USSR - Lithuania, Latvia and Estonia. Croatia and Albania joined NATO in 2009, Montenegro in 2017, and North Macedonia in 2020. In addition, Bosnia and Herzegovina is a member of the Membership Action Plan, Georgia and Ukraine have the status of countries participating in the “accelerated dialogue”.

The nature of the expansion of the alliance shows that in general, Brussels and the Washington behind it are deeply indifferent to the level of economic development or military power of the country admitted to NATO. Thus, in recent years, the underdeveloped and poor Albania, Montenegro and North Macedonia have joined the North Atlantic Alliance. It would be foolish to doubt that the level of economic development of the same Georgia or Ukraine can be seriously considered as an obstacle to their membership in the alliance.

The political component is another matter: now the United States and its closest allies refrain from accepting Georgia and Ukraine into the alliance, since, firstly, these countries have unresolved territorial problems (Abkhazia, South Ossetia, Donbass), and secondly, their acceptance in NATO would mean a very serious deterioration in relations with Russia, even compared to the current difficult relationship.

Political scientist: NATO's main goal is expansion and subordination of other countries

The founder of the BRICS + International Forum, political scientist Sergei Dvoryanov, told Voennoye Obozreniye that the very name of the North Atlantic Alliance has an answer to the question regarding its nature: NATO are Atlanticists, globalists who base their entire ideology on the desire to dominate other countries in the name of your own prosperity.

The latest events that we can observe today in Belarus are a latent continuation of NATO's expansionist policy of subjugating the entire space from Lisbon to Vladivostok. The essence of this doctrine boils down to the establishment of Washington as the "fourth Rome". But after all, Moscow, as we all know, is the "third Rome", and who, if not Russia, should resist the implementation of all these expansionist projects of the alliance?
- the political scientist emphasizes.

According to Sergei Dvoryanov, the continuation of NATO's expansionist policy includes not only the Euromaidan in Ukraine in 2013-2014, but also the events in Armenia and Belarus.

The most important thing now is to protect our western borders. We must search for friends through “soft power”, assert our power, our civilizational idea, which I would express briefly, in one word - “justice”. It is necessary to act more productively in the information space, talking about the aggressive plans of NATO. Also, a lot will depend on the results of the US elections.
According to the political scientist, the plans of the current President Donald Trump are not included in the further expansion of the North Atlantic Alliance, but if the Democrats come to power, then Washington's policy will change radically. But in any case, the ideological vector for Russia is the creation and protection of a multipolar world, which was repeatedly emphasized by the head of the Russian state, Vladimir Putin.

The alliance seeks to surround Russia with a ring of enemies

Actually, the only way NATO can expand is in the east. It was to the east that the alliance has expanded over the past decades, absorbing more and more countries of the ex-socialist camp and the post-Soviet space. 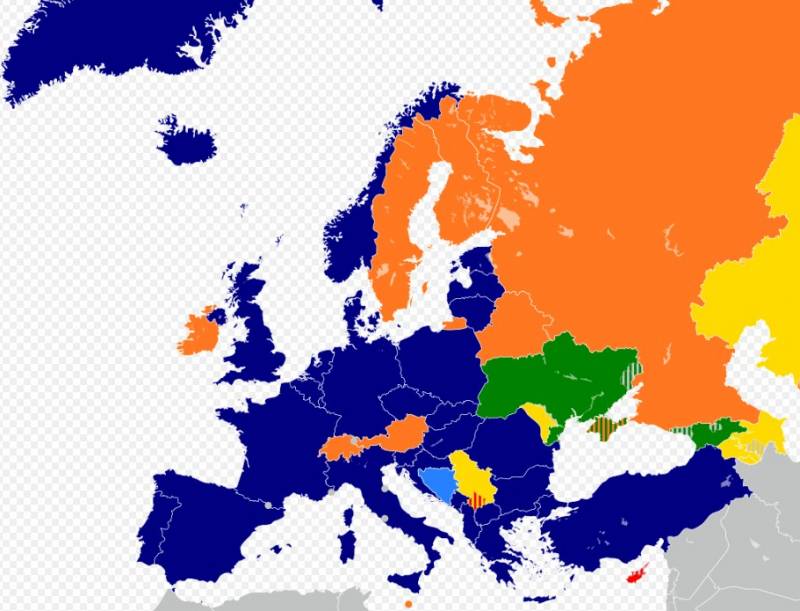 NATO members are marked blue, green - countries with which the dialogue is being conducted, yellow - countries with an individual partnership plan
The southern direction is of interest only as locations for military bases. NATO does not suit the developing countries of the Maghreb and West Africa: there will be no particular benefit from membership in the alliance of Tunisia, Mauritania or Senegal, and African territories can be controlled without integration into the alliance. But the post-Soviet territories are a great opportunity to extend their influence to new lands that were not previously controlled by the West, and at the same time to surround Russia with a ring of countries - enemies like Ukraine.

The experience of the sad events that took place in the neighboring state shows that in the event of a radical change in the political course of the country's leadership, the population of the country quickly turns against Russia. The full potential of Russophobic propaganda is being used, and hatred of the Russian and Soviet past is fomented. If this could be done in Ukraine, there is no doubt that it will be able to do so in other former Soviet republics.

If Russia weakens and admits NATO expansion, sooner or later the alliance will swallow up practically all the former Soviet republics of interest to it. It is not for nothing that NATO's “individual partnership plans” exist in relation to Moldova, Azerbaijan and even Armenia and Kazakhstan.