"Khaki vestments": the Russian Orthodox Church did not approve of sewing camouflage robes 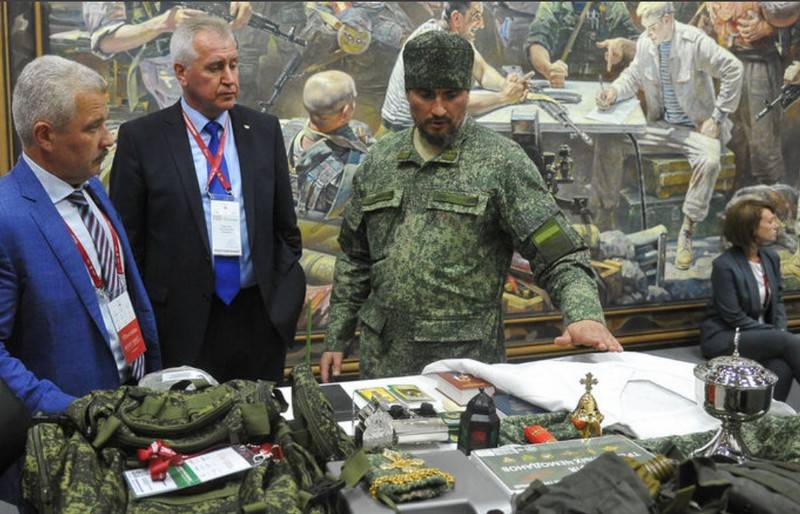 Camouflage robes for priests demonstrated during the Army-2020 military-technical forum were not approved by the Russian Orthodox Church (ROC). This was announced in the Synodal Department for Cooperation with the Armed Forces and Law Enforcement Agencies of the Moscow Patriarchate.


According to the chairman of the synodal department, Bishop of Klinsky Stefan (Privalov), the presented clothes for the clergy were not coordinated with the Russian Orthodox Church, there were no contacts with the company that presented the clothes.

The issue has not been agreed with the church, there was no elaboration. Everything that is being done must be done in accordance with the charter of the Russian Orthodox Church and in agreement with the Synodal Department for Relations with the Armed Forces and Law Enforcement Agencies. This was not done
- said the head of the department, Bishop Stephen, adding that this option is possible "as an option for starting a discussion," but it is not entirely correct.

Earlier, some media reported that a new vestment for Orthodox chaplains was presented at the Army-2020 forum: a cassock, a cassock, an epitrachelion, a skufia, as well as a rug. All items almost repeat the sewing standards of modern military uniforms and are made of camouflage fabric.

Note that khaki vestments are already used by the priests of the Russian Orthodox Church, but only on an individual basis. In 2016, they first appeared in the zone of armed conflict in the Donbass.

Ctrl Enter
Noticed oshЫbku Highlight text and press. Ctrl + Enter
We are
Reports from the militia of New Russia for 27-28 September 2014 of the yearYuri Drozdov: Russia prepared the role of the sacrificial calf
160 comments
Information
Dear reader, to leave comments on the publication, you must to register.