Russians have every word, gold 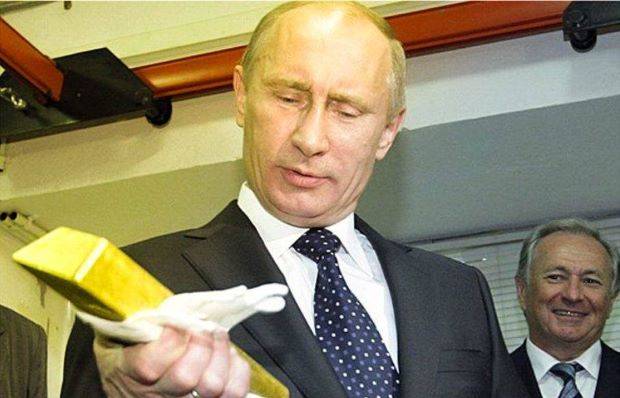 About the gold standard and gold reserves

The coronavirus pandemic for many countries has become an incentive to build more reliable reserves than securities and convertible currencies. However, the Western media in this regard gave Russia the palm long before COVID-19 turned into a notorious threat to the world.

It all began with last year's sensational article by Holger Zszepitz in Die Welt, a newspaper usually loyal to Russia, under the headline "Vladimir Putin's Fatal Thirst for Gold." The author extremely negatively assessed the maniacal, in his opinion, desire of the Russians to stock up on gold. 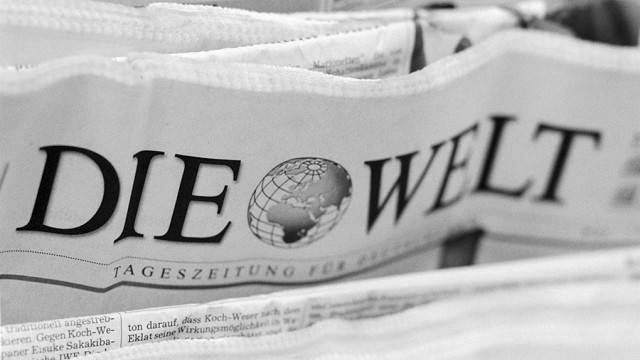 Despite the economic difficulties, impoverishment of the population and dubious prospects for the export of hydrocarbon resources. However, even though much of the criticism was addressed personally to head of state Vladimir Putin, of course, no official response from Moscow followed. Russian media limited themselves to routine comments.

Almost a year has passed since this publication in Die Welt. The situation has changed. But the Russian economy suffered from quarantine not as great losses as the US and EU economies. It cannot be ruled out that this was facilitated by the confidence of the country's leadership in the presence of an additional gold reserve, which untied the hands for operations with other reserve funds: ruble and foreign exchange.

Russia continued to actively buy gold even when oil and gas prices were at their lowest levels for many years. As a result, by mid-August 2020, Russia's international reserves rose to $ 600 billion, which is higher than the historical record of 2008.

The country's gold reserves add up to 20 tons every month. This has not happened for a long time. At present, according to Western analysts, they amount to more than 2200 tons. Some have already called it something like a cold or hybrid financial war launched by Moscow against the West. 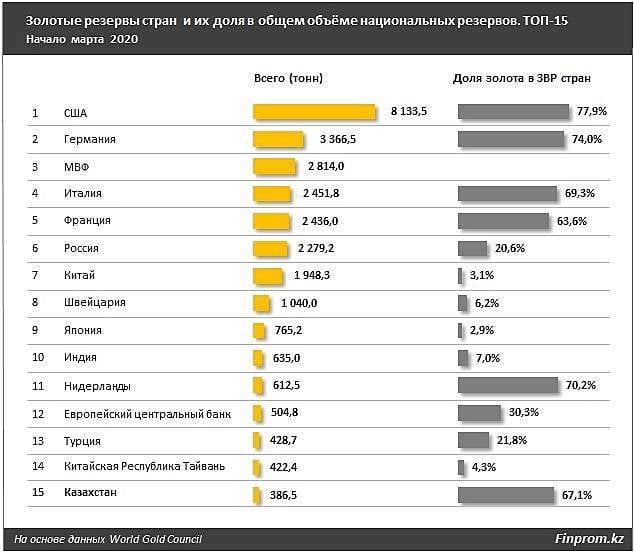 But only a few analysts at the same time wondered what kind of gold Russia is actually buying: monetary or in the form of depositary receipts. Underneath this was a legitimate concern that these types of securities only fix physical gold in other people's holdings.

By right, it seems to be always possible to claim it, but it is generally more convenient to operate with the receipts themselves, which, however, are expensive and liquid only as long as they are bought. And they may well fall, for example, under US sanctions. In essence, the purchase of gold in receipts can turn into a trivial withdrawal of capital from the country.

Today, when the second wave of coronavirus is on the agenda, in addition to Belarus and the American elections, the same Holger Zshepitz decided to recognize the "golden" strategy of Russian President Vladimir Putin as the most correct. Tssepitz, by the way, is the managing editor of the economic department of Die Welt, and hardly anyone simply ignores his assessments.

The record rise in the value of gold, one ounce of which is now more than two thousand dollars, seems to have come as a surprise to many. But after all, Russia alone, no matter how much gold it buys, could not raise quotes like that. This means that many people have decided to go gold today. And to leave, of course, from dollars and euros, about the serious problems of which "Voennoye Obozreniye" wrote more than once (“The ruble is against everyone. Why is it falling and why should it strengthen ").

Now Die Welt admits with surprising ease and eagerness that last year's article, which spoke of the trap of gold reserves for Russia, turned out to be wrong. Now Tschepits, who spoke about the "golden trap", has no doubt that the Russian president is acting smart enough, although the country's economy is still stalled and the population continues to live poorly. He's writing:

"Putin wanted to reduce the dependence of Russian reserves on the US dollar and with the help of gold he skillfully coped with this geopolitical task."
The wave of positiveness towards Russia, which many immediately associated with Germany's staunch opposition to American pressure on Nord Stream 2, was picked up almost immediately. German publicist and publisher Wolfram Weimer, in his column on the portal of the n-tv channel, called Vladimir Putin “man of the week” for his gold and foreign exchange policy.

The German media are now generally generous with compliments to the Russian leader, albeit somewhat strange. They call buying gold nothing more than a "quiet attack on the dollar", forgetting how closely the euro is tied to the dollar. Although, perhaps, not as much as the yuan, for which China one way or another will have to save the United States.

However, it is worth noting that China today also does not give up on solid purchases of gold, but the reason here, most likely, is different: due to the crisis, there are no other addressees for investing free funds.

Despite the fact that an increase in its own reserves is not economically justified for Russia, there are simply no other options at the moment. Investments in infrastructure projects have already reached the limit, which the construction industry is poorly coping with, and breakthrough projects that promise real returns are still in short supply.

At the same time, the crisis may well drag on, and the ruble continues to lose value little by little, being, moreover, under the heavy pressure of the Belarusian factor. In Germany, for example, many generally believe that the rising price of gold will not help to push the Russian leadership to large-scale investments in the stagnating economy. In any case, funds from borrowings carried out by the Ministry of Finance will be used to finance the budget deficit. 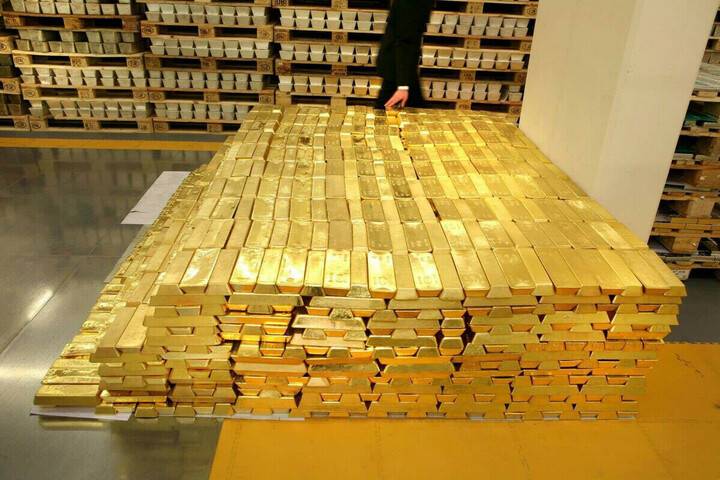 Or a golden burden?

A whole series of crises that hit the global economy in the XNUMXst century made many recall the time of the "gold standard" with nostalgia. For a long time, the world's leading powers pegged their currencies extremely tightly to the first of the metals.

Russia in this respect was no exception, the imperial ruble was fastened to gold at the suggestion of the Minister of Finance Sergei Witte. The Provisional Government simply did not have time to finally bomb the country's finances, and the Bolsheviks carried out their first and very successful monetary reform after the Civil War at the same time as the introduction of the gold duct.

Two world wars together with the Great Depression of 1929-1933 actually forced the Western world to abandon the "gold standard" and switch to the dollar model. How effective was it? One can argue about this, but the fact that her time is running out, almost no one doubts.

Meanwhile, the reason for Russia's enviable activity in the gold market was by no means a primitive build-up of reserves. However, alas, we are not talking about the prospect of large-scale investments in the economy or social sphere either. Most likely, this is the course chosen to reduce the use of the dollar.

It is characteristic that the share of world currencies balancing on the brink of devaluation in the reserve funds does not decrease at all. Rather, it is even growing, as evidenced by indirect data from the Central Bank. Here, it seems, the point is that sooner or later these funds will have to be made more accessible.

This is simply necessary in connection with the pandemic and the need to warm up the economy and maintain at least a minimal welfare of citizens. And having currency in hand, it is much easier to solve many problems than with gold. Monetary or on receipts, this is no longer so important.

Ctrl Enter
Noticed oshЫbku Highlight text and press. Ctrl + Enter
We are
Coronavirus COVID-19: threats, consequences, actionsSituational analysis of the death of the MH17 flight (Malaysian Boeing 777), made on the basis of engineering analysis from 15.08.2014
Military Reviewin Yandex News
Military Reviewin Google News
95 comments
Information
Dear reader, to leave comments on the publication, you must to register.