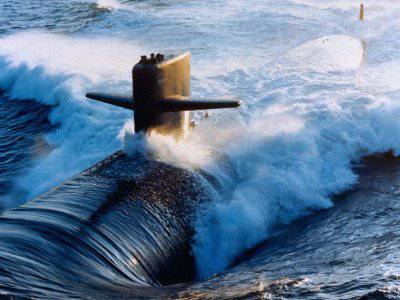 Currently, only six countries in the world possess submarines with nuclear power plants. Despite the relatively widespread use of nuclear power, not all countries were able to install a nuclear reactor on a submarine. In early July, appeared news regarding the attempts of another state to join the "Premier League Club".

The seventh country having atomic submarines can be Brazil. Talk about the beginning of the development of its own submarine in this country has been going on for several years, but now it seems that the Brazilians have moved from words to deeds. In early July in Sao Paulo, in the Technology Center of the Brazilian Navy held a solemn ceremony dedicated to the beginning of the project. It is worth noting that the project of the first Brazilian nuclear submarine will be implemented not independently. The program involves the French organization DCNS, known for its projects of underwater technology. In addition, Brazilian private organizations will take on some of the responsibilities during the project.

The first reports of Brazil’s intention to arm its navy with a submarine with a nuclear power plant began to arrive in the 2008 year. Then the military and political leadership of the country was limited to general statements about the need for such equipment and exemplary purposes for which it is needed. It was argued that the nuclear submarine fleet needs Brazil to patrol the territorial waters and adjacent areas of the ocean. In addition, new boats should protect research vessels and platforms that are engaged in mineral exploration on the ocean floor. At the same time, the approximate dates for the construction of boats were announced for the first time - the lead ship was to enter service only after 2020.

After those statements, a lot of time passed, but new information appeared in extremely scarce quantities. So, there is not fully verified information about the "origin" of the project. A number of sources claim that the basis of the Brazilian nuclear submarines will be the French diesel-electric submarines of the Scorpène project. This fact alone raises a lot of questions, if only for the reason that to convert a diesel-electric boat into an atomic one will have to change the mass of systems and structural elements. It is obvious that Brazil alone will not be able to cope with this. Therefore, even the processing of an existing project requires the involvement of foreign shipbuilders. As for France, the draft of the new nuclear submarine will be useful to her. The fact is that the French Navy has only one type of multipurpose nuclear submarine - Rubis. The head submarine of the project was included in the composition fleet back in 1983, and the whole series can no longer be called modern. France is currently building three boats of a similar purpose, belonging to the new Barracuda project, but they will not go on service until 2015. Accordingly, the joint development of a multi-purpose nuclear submarine for Brazil may spur work on boats for France’s own needs or even lead to the creation of an updated Barracuda project, which will take into account a number of operational features, etc.

The version on the use of Scorpène boats as a basis for a new project did not appear from scratch. Back in the nineties, France completely abandoned diesel-electric submarines, and the newest project of this class of submarines, which turned out to be Scorpène, was made exclusively for export. In this case, "Scorpion" was developed by DCNS. Obviously, such a set of facts could only lead to one conclusion. Unless, of course, a submarine for Brazil will really be made on the basis of an existing project. As for the class of the Brazilian boat, it is very likely that it will be a “hunter”. Currently, nuclear submarines are used only in three versions: they carry ballistic missiles with nuclear charges, are armed with torpedoes and / or missiles, and are also equipped with cruise missiles. Brazil has not yet been seen in the development of strategic missiles for submarines, and there is not much success with cruise missiles in this country. Therefore, there remains only the class "submarine nuclear torpedo" - PLAT. In addition, it is precisely such weapons that the Scorpène basic boats also possess.

As always happens when creating and implementing such programs, one of the main problems is the economic side. So far, Brazil wants to get only five nuclear submarines and pay 565 million US dollars for each. Until now, one interesting point about cost has not been clarified. Brazilian officials did not tell whether the 565 million included design costs or not. But at the event 6 July, a lot was said about the timing. The draft of the boat will be prepared for the 2015 year, after which another six years will be allocated for construction. Thus, the lead ship will be launched just at the end of this decade. After the end of construction, two or three years will be spent on testing the boat. Therefore, the first Brazilian submarine will be operational in 2023-25. Other submarines will follow.

Brazilian plans for the development of new technologies, of course, laudable. But, reading the news, it is difficult to get rid of one question: why? Currently, the South American region is fairly calm and stable. Major military conflicts are not foreseen in the near future, although some countries have claims against each other. It should not be forgotten that the Brazilian economy in recent years has shown good growth rates. If this trend continues, after 2020, we will be able to observe something similar to what happened to China 15-20 years ago. Brazil “on the sly” will grow in economic and political sense to such an extent that it will become the leading state of its continent. Well, a strong economy, by definition, can not be defended by a strong army. Already, a large part of Brazil’s exports and imports go by sea, which need military cover. In this case, the announced project of the nuclear submarine will become a kind of trial ball, which will give tangible results only in the future. In an even more distant future, Brazil may try to become a new superpower. It is unlikely that local politicians are making such ambitious plans for such remote times, but the creation of a nuclear submarine right now will definitely not be superfluous.

As we see, the elite club of the countries possessing nuclear submarines in the coming years can be replenished. Moreover, several states will claim the title of new members of this club. First of all, of course, Brazil, whose plans have recently become a specific program. A few weeks ago, the candidates were almost not recorded Iran. First, the representatives of the Islamic Republic Navy spoke about their plans for nuclear warships and submarines, but then the head of the Iranian nuclear program F. Abbasi denied these statements, saying that there were no shipbuilding projects in his plan. Other applicants for entry into the "APL-club" are South Korea, South Africa, as well as some European countries.