Gifts of Freedom: Losses from Drug Addiction in the Post-Soviet Space 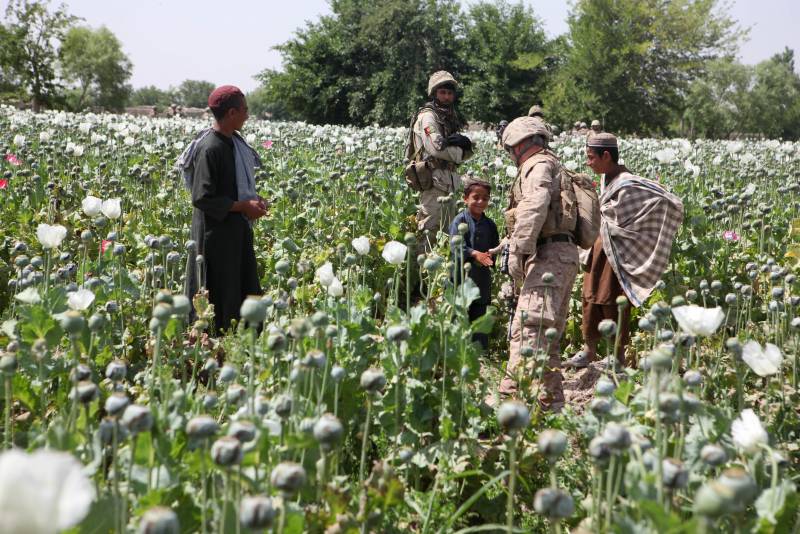 The Soviet Union practically did not know drug addiction. No matter what his critics tried to assert, this terrible phenomenon in the USSR had local, even, rather, isolated manifestations and in no case acquired the character of a mass social evil threatening the future of entire nations. With the disintegration of the great country into many independent states, almost each of them faced the vices and troubles that its inhabitants had previously learned about exclusively from the TV show "Abroad". Drug addiction is no exception.


Consider the situation in our home, Russia. The increase in the number of its citizens who use drugs began from the time of perestroika. Moreover, it happened at an alarmingly fast pace: from 1984 to the collapse of the USSR, their number, according to the Ministry of Health, doubled. Then the most terrible thing began: the most diverse dope poured into the country, from hashish to heroin, the peak of its use came at the end of the dashing 90s.

Since then, the situation has hardly changed. On the one hand, after many years, during which there was practically no effective opposition from the state to drug trafficking and drug use, it was possible to create rather effective bodies to resist this evil and develop more or less effective strategies to combat it. On the other hand, a number of factors contributed to the fact that drug addiction in our country continued to spread.

Estimates of the scale of the problem, as is always the case with the issue, which different departments undertake to cover, each of which has its own approach and its own system of statistics, differ very significantly. For example, in 2006, Russian doctors talked about 350 drug addicts who were registered with them, and employees of the Federal Drug Control Service claimed that the number of their users in the country exceeded 2 million. In 2014, according to the estimates of the same Federal Drug Control Service, it was already about 8 million drug users, 3 million of whom could be considered complete drug addicts.

Drugs are death. In 2016, the chief freelance narcologist of the Russian Ministry of Health, Yevgeny Brun, claimed that at least 8 thousand people die every year in the country specifically because of their use. The assessments of the domestic Ministry of Internal Affairs are less pessimistic, although, of course, they also give no reason for joy. According to statistics from the Ministry of Internal Affairs, as of 2011, drug addiction claimed the lives of 3,75 thousand Russians annually, and in 2017 this number exceeded 4,8 thousand people. At the moment, the death rate from drugs in Russia is 4,4 thousand people a year.

However, the reliability of these data also raises some doubts: according to many experts, those who died from drug addiction should include not only those who died from an overdose of a deadly potion, but also those who were taken to the grave by chronic diseases caused by its use, or accidents , suicide, violent acts for the same reason. In this case, the terrible numbers, of course, will grow significantly.

Contrary to some assertions, Russia is still neither the world nor the European leader in drug deaths. Fortunately, in the corresponding rating compiled by the UN a couple of years ago, we are far from the leading position - 9th place. The United States is in first place, by a huge margin from other countries. However, in terms of terrible statistics, ultra-prosperous Sweden or pastoral Iceland are far ahead of us. And among the countries of the post-Soviet space, there are leaders whom we, I would like to believe, will not catch up. And if Estonia has bypassed us by only one position, then post-Maidan Ukraine takes 6th place in the list. The subject of the study by UN specialists was the number of citizens who die from an overdose per 1 million inhabitants of the country. The situation is sad ...

Generally speaking, according to official data, among the former republics of the USSR, Kazakhstan and Azerbaijan traditionally rank first in terms of the number of drug addicts. Russia is inferior to them. In recent years, as mentioned above, the spread of this evil in Ukraine has sharply increased, where there is practically no fight against it due to the complete destruction of the law enforcement system as such. This problem is also of considerable relevance for Moldova.

Tellingly, in countries that are closer to the main centers of cultivation of the same opium, such as Tajikistan, Kyrgyzstan or Turkmenistan, the level of drug addiction is lower than in Moldova and Ukraine, which consider themselves to be "European states". The lowest level of drug consumption, at least according to official data, is in Armenia, Uzbekistan and Belarus. Be that as it may, but not a single country in the post-Soviet space can consider itself completely free from this evil.

To a large extent, this is facilitated by the fact that the former territories of the USSR lie on the path of one of the main routes of world drug trafficking - the "northern" or "silk" one. According to it, Afghan heroin, the production of which has almost doubled annually since the beginning of the intervention of NATO "peacekeeping" forces in this country, goes through the countries of Central Asia to Russia, and then to Europe. Only now, to our great regret, over the past decade we have turned from a transit country into a consumer country of this deadly potion. According to some estimates, up to 70 tons of Afghan heroin are deposited and consumed in Russia annually. Synthetic drugs and the so-called smoking mixtures come to us mainly from China and Europe.

It is impossible to predict and calculate how many more of our compatriots will become victims of this undeclared war. In any case, according to some estimates, Afghan heroin alone kills more Russian guys every year than they died in all the years of hostilities that the Soviet Army waged in that country. The longer our country postpones a real war on drug addiction, the greater the losses it will incur.