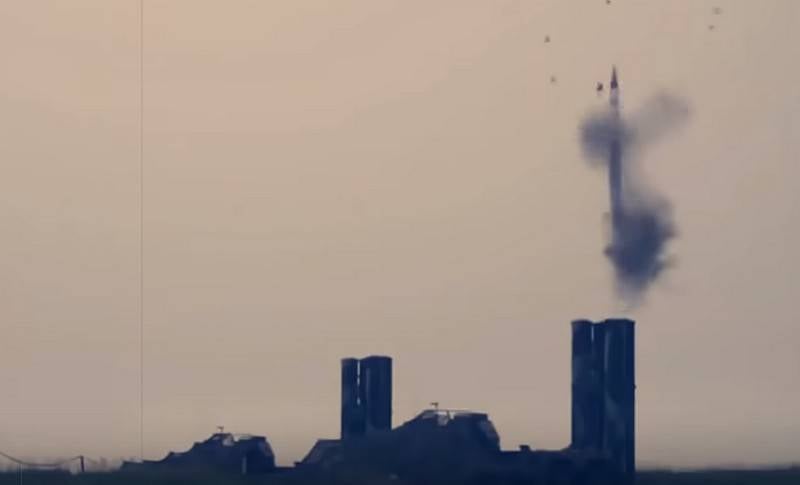 The newest anti-aircraft missile system S-500 "Prometheus" has entered the stage of state tests, which have already begun. This was stated by Deputy Prime Minister Yuri Borisov within the framework of the Army-2020 forum.


According to the Deputy Prime Minister, the S-500 has started state tests, and the procurement of components has already begun for the mass production of the anti-aircraft system.

Fact - state tests have begun, and today there is already a complete set, a simplified set of the S-500 is taking place, and there are already purchases of components for mass production.
- he said.

Earlier it was reported about testing individual elements of the S-500 air defense system. In 2019, missiles for the complex were tested, in April of the same year, preliminary tests of the radar complex (RLC) and the multifunctional radar station (radar) were reported. The final stage of testing the radars took place at the 185th Center for Combat Training and Combat Use of the Aerospace Forces, located in the Astrakhan region. In March this year, it became known about the tests of the launcher, the components of the multifunctional radar and the missile defense locator, equipped with a chassis for the command post, transport units for the early warning radar system.

The state armament program provides for the S-500 air defense system to be put on alert from 2025, but the pace of testing can say with confidence that the system will go into service earlier.

The S-500 will become the basis for a unified national air and missile defense (air defense-missile defense) system being created in Russia. The complex can be easily integrated into a single system with air defense systems of previous generations and other models of Russian production.

According to available information, the minimum set of equipment for the S-500 "Prometheus" will consist of a combat command post with an automatic control system (ACS), a radar complex, a multifunctional "illumination" radar and up to 12 anti-aircraft missile launchers based on Russian or Belarusian-made tractors. ...
Ctrl Enter
Noticed a mistake Highlight text and press. Ctrl + Enter
We are
In Russia, tests of individual elements of the S-500 air defense system are nearing completionDecember 2010 years. Russian March. Senseless and merciless? Notes not a Russian person
27 comments
Information
Dear reader, to leave comments on the publication, you must to register.