Either poisoned or not: in Germany they cannot name the cause of Navalny's coma 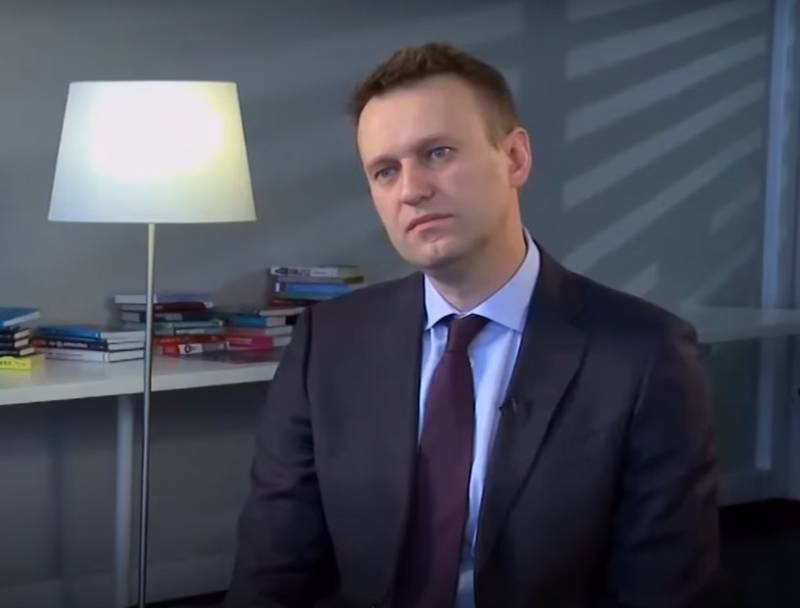 In Germany, they said that the poisoning of Alexei Navalny may be "partly likely." This version was voiced to the press by the representative of the Federal Republic of Germany government Steffen Seibert.


As you know, Navalny is currently in Germany in the Berlin clinic "Charite". Its transportation to Germany, according to Alexei's associates, was paid for by the entrepreneur Boris Zimin, the son of the creator of Beeline and the trustee of the Dynasty Foundation for non-profit programs Dmitry Zimin. The Cinema for Peace Foundation was directly involved in organizational issues.

No visible improvements in the condition of the oppositionist have been reported yet. But it is clear that the version about the poisoning of Navalny will be dominant not only among Alexei's Russian supporters, but also in the Western press. Now it is beneficial for the West to present the deplorable state of Navalny as the result of an attempt on his life by the special services or some interest groups in the Russian ruling elite. For example, the founder of Cinema for Peace, Yaka Bizil, said that Alexei Navalny was poisoned and predicted incapacity for the opposition figure in the next few months.

Meanwhile, Russian doctors cite metabolic disorders and the resulting sharp drop in blood sugar levels as the main likely reason for Navalny's coma. Also, doctors reported about the presence of traces of alcohol and caffeine consumption and about the absence of poisons in the body of the oppositionist.

But this preliminary version causes strong discontent among his supporters: doctors at the emergency hospital №1 in Omsk admitted that they were even threatened on social networks. This is understandable: the most zealous fans of Alexei Navalny can admit only one working version - that their idol was poisoned by "Putin's special services", there simply cannot be other reasons for the painful condition.

However, even if we accept the version of the poisoning, it remains to be determined who, in fact, could have been involved in it. When an investigation begins on such crimes, all versions are worked out. Most likely, if professionals from the special services really took place at the incident, then everything would have ended. Unless, some interested persons could have wished not for Navalny's death, but a scandal in connection with his poisoning. All история strongly resembles the hype surrounding the strange poisoning of Sergei Skripal in the UK. 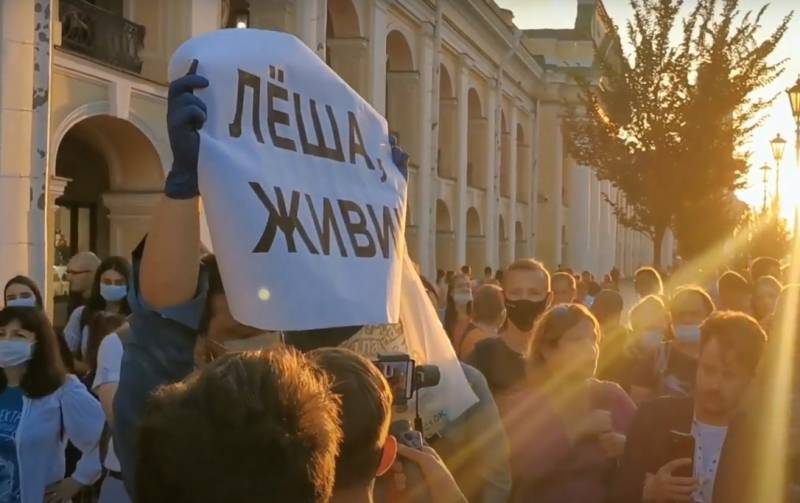 Navalny's health remains the # 1 topic for Russia's liberal opposition
Interestingly, Navalny's entourage sweeps aside the likelihood of poisoning the oppositionist for non-political reasons, although Alexei, like any person, has a personal life, friends and enemies, competitors and envious people, including in the opposition itself. It is no secret that the activities of any socio-political organization have sources of funding, and for the redistribution of financial flows, a struggle may also arise between representatives of different groups within the opposition itself. Finally, one should not abandon the version of "sacred sacrifice" that would be so beneficial to both the West and the Russian opposition.

Meanwhile, the position of Western states is impressive: both in Germany and in France, not to mention the United States, there are many internal political and social problems, much more acute than the activities of Alexei Navalny and his associates in Russia. But the health of the protesters in American cities for some reason worries the State Department less than Navalny's condition, and Macron and Merkel have forgotten about their own "yellow vests", ultra-left and far-right radicals, migrants from Africa and Asia: Navalny was even called a "guest" of the chancellor Germany, emphasizing its special status.