A mediocre operation of the Polish special services. Why did the rebellion fail in Belarus 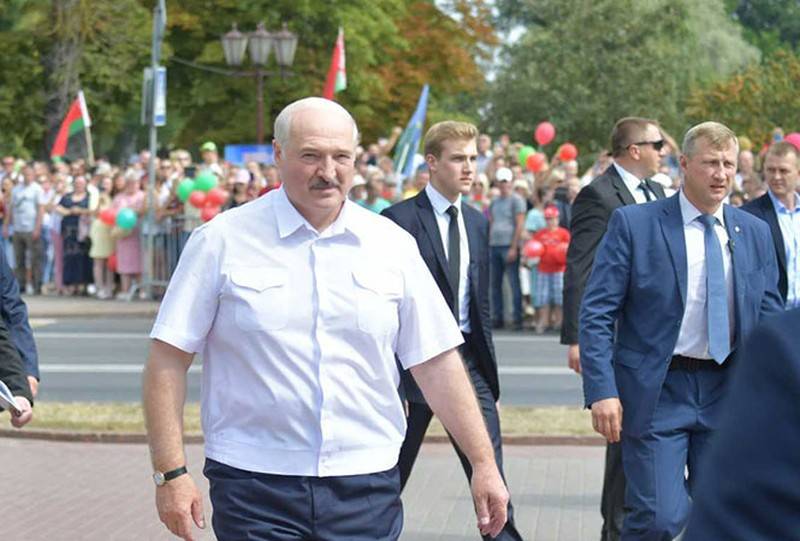 The Belarusian crisis has passed into a phase of prolonged confrontation. It is already clear that the opposition is sinking deeper and deeper into the same quagmire into which the protesters in Khabarovsk recently fell. It is impossible to move to active actions, and peaceful protests very quickly sober up those who, for some reason, have joined the “activists”. Women standing on the avenues with flowers and posters are no longer interesting to anyone. Those to whom these bouquets are intended do not appear there.


Remember how tough the security forces and protesters acted in the early days? The Ukrainian scenario was played out like a carbon copy. Barricades, Molotov cocktails, groups of well-trained militants led by coordinators. Even in the video footage distributed by the protesters, these militants and their commanders can be recognized rather quickly. On the other hand, the security forces had a clear order to suppress violations of the law harshly, but without bloodshed.

How many "tears" were shed, including ours, over the huge number of detainees in the first days! "The people will rise up", "Lukashenka will be demolished." What is the bottom line? Already today we can say with confidence that among the detainees, it must be admitted, and the innocent too, there were those same militants who were preparing for military actions. Today, after the appropriate educational work, everyone was released. Except for the leaders, of course. And they have no more desire to build barricades.

The Poles do not hide that they expect to take the place of Russia in Belarus. On August 12, Polish President Andrzej Duda sent a letter to the UN Human Rights Council with a letter urging to punish Lukashenka.

"The response should include a call to the Belarusian authorities to refrain from using force against peaceful demonstrators and to release all those detained for exercising their fundamental democratic freedoms."
The day before this event, Polish Prime Minister Mateusz Morawiecki was also active. He personally phoned the leaders of the European Union and called on them to take united action against Lukashenka. Moreover, this appeal looked rather tactless. I call for "the obligation to act in solidarity with the Belarusians." It turns out that those who protest are Belarusians, and those who are for the president are no longer there.

Such activity of the leaders of Poland at the highest level is not caused by the desire for a happy future for the Belarusian people. This is an attempt to ward off the blow of its own special services, which have successfully gotten into a puddle. We are talking about the "Central Group of Psychological Action" from the city of Bydgoszcz. It is this military unit, more precisely, one of its departments (the 4th department for states with a conflict situation) is now closely involved in the organization of the Belarusian Maidan.

According to unverified information, much of what was broadcast by the well-known Internet channel "Nekhta" and his daughter "Nehta live" was obtained precisely from sources associated with this military unit. It is no secret that in the 4th department there is a subdivision of television and radio broadcasting, distribution of materials of psychological influence (rumors, etc.). I think the Belarusian KGB has someone to work with from those who worked as correspondents of “Nekhta”.

Coordination from abroad is a forced measure

I will quote the editor-in-chief of the Belarusian site IMHOclub.by Aleksey Dzermant:

“The main organizer and agitator of the protests was the Polish Telegram channel NEXTA. It is overseen by the Polish special services, this is obvious. There were calls for both violence and aggressive self-organization to oppose the Belarusian state. "
Let me disagree with Alexey. Agitator and coordinator - yes, but not an organizer for sure. The channel began to work actively just before the events in Belarus. Precisely as a channel of communication between the leaders and performers of the Belarusian Maidan. The preparation of the Maidan was carried out by completely different people and organizations, of which there are enough in Belarus.

Seven officially registered parties oppose Lukashenka. From the "Fair World" (former communists) to the BPF (Conservative Christian Party). But there are also underground parties that are not registered in Belarus. "Narodnaya Gromada", the Party of Freedom and Progress and others. In general, you can write a poem about Belarusian social movements. The whole range of political views and trends. From ZUBR and “For Freedom” to the Libertarian Movement of Belarus and the Belarusian People's Movement ...

As you can see, there are more than enough opportunities to penetrate the Belarusian political environment. And the environment, especially social movements, is perfectly prepared to work against the existing government. Belarusian youth are akin to Russian youth. The main complaint against Lukashenko is exactly the same as against Putin. Too long in power! And you can "glue" anything you want to this simple idea ...

Why is there such attention today to Nekhta? It seems that two young men, Roman Protasevich and Stepan Putilo, who live in Poland, have created a Telegram channel. “Someone” from the Telegram channel ... A lot of such channels arise and die every day. The mutiny in Belarus just helped the guys to promote the channel, and that's it.

Are these people interesting to us? Probably. Chief Editor - Roman Protasevich. A Belarusian journalist who worked for the Polish-Lithuanian Euroradio and then for Radio Liberty. An ardent opponent of Lukashenko, who first came to the attention of the special services back in 2012, when, as a member of the center-right "Young Front", he appeared in the organization of street protests. An ardent anti-Soviet, decommunicator and supporter of the legalization of soft drugs.

The founder of the channel is Stepan Putilo. Journalist, son of a well-known opposition journalist, employee of the Belsat channel Alexander Putilo. The channel was registered in 2015. The channel was not very popular. An ardent opponent of the Belarusian authorities. Claims that the channel exists on the money earned on the Internet and does not receive any grants.

But then Messrs. Putilo and Protasevich are completely substituted. The editor-in-chief's statement on the channel's staff of four looks ridiculous against the background of the amount of materials that the channel broadcasts daily. As well as the statement that the materials are submitted by users. Let me remind you that the Internet in Belarus was blocked for everyone except foreign embassies. And the videos were broadcasted almost live. An hour or three after the event.

The Polish special services were placed in a situation where it was absolutely impossible to coordinate events without exposing their own agents. The appearance of materials on the web has just become just such an exposure. The Poles actually disclosed the fact that this Telegram channel belonged to their specialists.

The Belarusian Maidan did not work out. The blame for this largely lies with the Polish special services. I am not belittling the quality work of the Belarusian KGB in localizing the hotbeds of protest and timely isolation of the militants and their leaders.

It was difficult to find a more inopportune time for organizing the rebellion. Poland almost single-handedly decided to topple the Belarusian president and miscalculated. Hopes for help from Americans and Europeans did not materialize. The USA and Europe are busy with themselves today. They are of little interest in Belarusian or Ukrainian affairs.

The failure of the operation to remove Lukashenka does not mean that such operations will be abandoned in the future. We are used to identifying the Belarusian people with the people with which we lived in the same state. However, the youth of Belarus is a different people. People of the future Belarus. Today the authorities were able to calm down the protests. But over time, this will become a daunting task.

Political reforms in Belarus are needed. Changes in economic policy too. And the control system, as the protests showed, rests on the authority and character of one person. And what happens when the “iron president” is replaced by the “mumbled president”, we can see very well on the example of Ukraine.

A referendum is needed on ways of further development of the country. Whether this will be the development of a union state or, in general, the entry of Belarus into Russia on the basis of autonomy rights, whether it will be a turn towards the EU and NATO, the people must decide. And we have already seen that the people in Belarus are smart and understanding. We are waiting for President Lukashenko's statements on this matter.