UVZ announced serial deliveries of equipment on the Armata platform 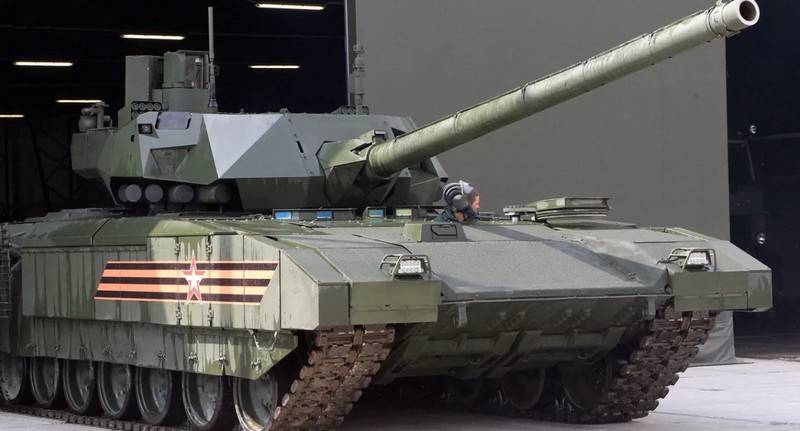 The Russian army will soon receive a serial batch of armored vehicles on the Armata heavy tracked platform. This was reported by the press service of Uralvagonzavod (UVZ).


UVZ reported that the equipment will be delivered to the troops in accordance with previously concluded contracts after the end of state tests, which are currently taking place. What kind of equipment will be supplied: the T-14 tank, the T-15 BMP or the T-16 BREM, the press service did not explain. At the same time, they also refused to answer the question about the possibility of mass purchases. tanks T-14 "Armata" of the Ministry of Defense, limiting itself to the phrase that "this is the prerogative of the military department, and the task of UVZ is to manufacture equipment and supply it to the troops."

In the near future, a serial batch of vehicles on the Armata platform will be delivered to the military units of the Russian Ministry of Defense in accordance with the terms of existing long-term government contracts. Products developed at the Armata R&D are currently undergoing state tests in accordance with the approved program. During the tests, the Ministry of Defense comprehensively tests and approves equipment
- said in a statement.

Recall that the T-14 tank, the T-15 infantry fighting vehicle and the T-16 armored recovery vehicle were created on the basis of the Armata heavy tracked platform.

Earlier, some media outlets, citing the Ministry of Defense, reported that the military department signed a contract for the supply of two battalions of T-14 tanks and a battalion of BMP T-15 for military tests.

Ctrl Enter
Noticed oshЫbku Highlight text and press. Ctrl + Enter
We are
Reports from the militia of New Russia for 27-28 September 2014 of the yearYuri Drozdov: Russia prepared the role of the sacrificial calf
64 comments
Information
Dear reader, to leave comments on the publication, you must to register.