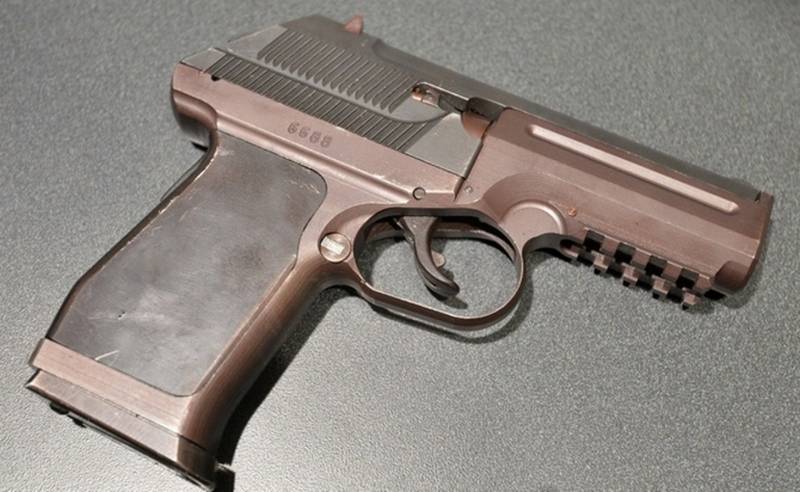 The PSS-2 special forces pistol, which has a minimum noise level, was first presented to the general public during the Army-2020 international military-technical forum. This was stated by a representative of the developer of the TsNIITOCHMASH pistol.


As the representative of the enterprise explained, the PSS-2 pistol was developed on the basis of the PSS-1 pistol, which was put into service in 1984, and differs from the base model by the bolt carrier and the firing mechanism. The pistol uses a special silent cartridge SP-16 with a cut-off of powder gases inside the 7.62x43mm case, which was put into service in 2011. This cartridge has an increased penetrating effect, allowing to penetrate body armor of the second protection class at a distance of up to 25 meters.

The PSS-2 differs from the PSS-1 pistol, which was put into service in 1984, in the bolt carrier and the firing mechanism, in which elements of the modernized Serdyukov SR.1M self-loading pistol are used.
- TASS quotes the words of a TsNIITOCHMASH specialist.

On the frame there is a Picatinny rail for attaching accessories. The pistol uses magazines for 6 cartridges with a single row arrangement.

The pistol, along with the cartridge, was adopted by the FSB of the Russian Federation in 2011 and is mass-produced.

Ctrl Enter
Noticed oshЫbku Highlight text and press. Ctrl + Enter
We are
New sharp turns in the Oboronservis case: an agenda for Anatoly SerdyukovJapan before and after the tragedy
58 comments
Information
Dear reader, to leave comments on the publication, you must to register.