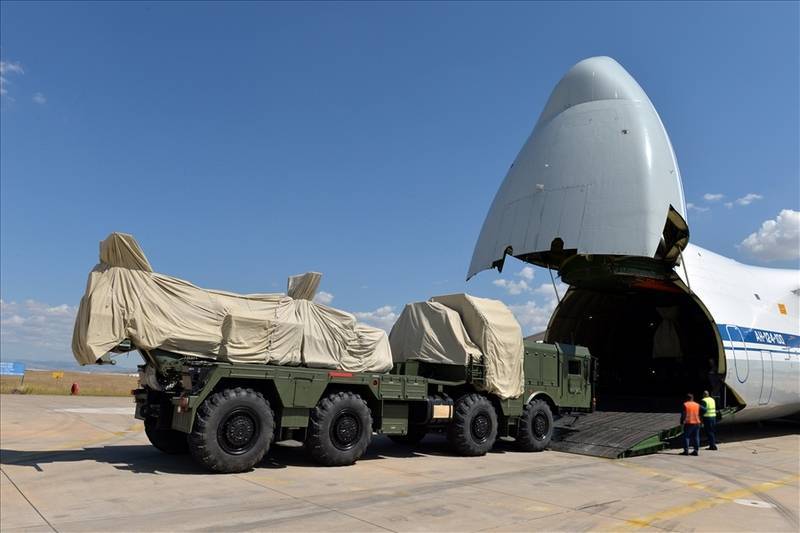 Russia and Turkey signed a contract for the supply of the second set of the S-400 Triumph anti-aircraft missile system. This was stated by the head of Rosoboronexport, Alexander Mikheev, within the framework of the Army-2020 military-technical forum.


Answering the relevant question, Mikheev explained that the contract for the supply of the second set of S-400 air defense systems to Turkey has already been signed, and the financial terms of the contract are currently being discussed. The timing of deliveries of the anti-aircraft system to Turkey will depend on the receipt of funds from Ankara.

The contract for the supply of S-400 air defense systems to Turkey has been signed. (Terms of implementation of the contract) already upon the readiness of our partners to finally resolve the procedural issues with the financing of this project
- explained the head of Rosoboronexport.

Recall that Turkey signed a contract for the supply of the first set of S-400 air defense systems in 2017. The delivery of the Russian system to Turkey began in August 2019.

Ankara's purchase of the S-400 led to discontent in the United States. Washington applied some kind of sanctions to Turkey, removing it from the implementation of the joint program to create the F-35. At that time, Turkish pilots in the United States were already undergoing training in piloting 5th generation fighters. As a result, the fighters intended for the Turkish Air Force were never transferred to Ankara.

In turn, Turkish President Recep Tayyip Erdogan called the S-400 the most powerful air defense system in the world and said that Turkey is not going to abandon the Russian anti-aircraft system.
Ctrl Enter
Noticed oshЫbku Highlight text and press. Ctrl + Enter
We are
Reports from the militia of New Russia for 27-28 September 2014 of the yearThe big press conference of Vladimir Putin
Military Reviewin Yandex News
Military Reviewin Google News
95 comments
Information
Dear reader, to leave comments on the publication, you must to register.